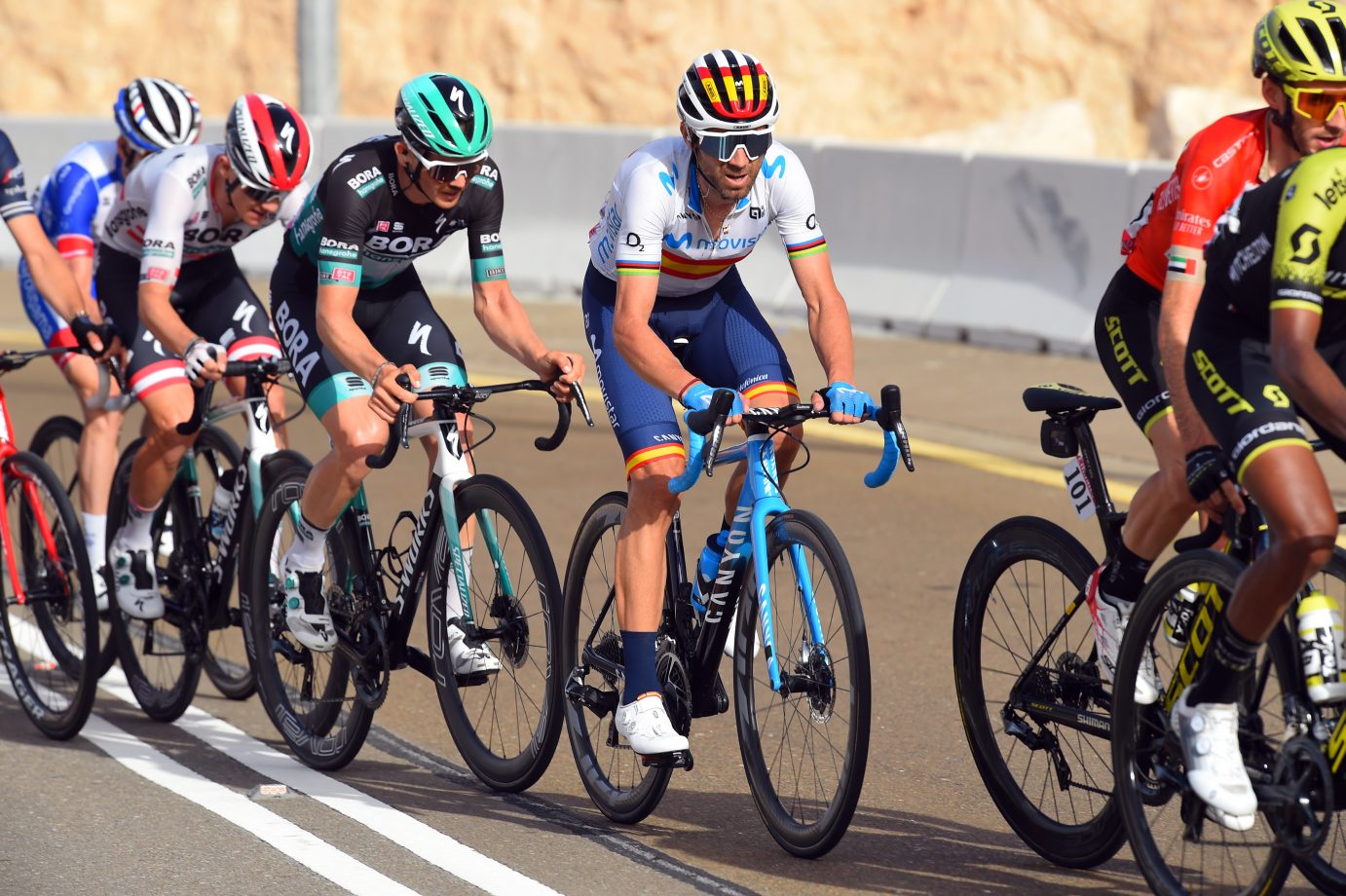 Much fresher and with a better pedal stroke and feeling on the bike, Alejandro Valverde (Movistar Team) had a much better tone at the 2020 UAE Tour’s second climb of the week to Jebel Hafeet. Stage five, starting from Al Ain (162km), also meant the return of the crosswinds, which had not appeared so far in this year’s race.

In the end, it was a respectable 7th spot (+23″) for ‘Bala’, almost identically apart from the overall top-ten following today’s effort. The GC shouldn’t experience any more major changes in what’s left, despite the danger of the crosswinds -especially on Friday’s coastal stage six, from Al Ruwais to Al Mirfa (158km)- probably not making things easier for the sprinters.