‘The Least Expected Day’, a series on the Movistar Team’s 2019 season, now available on Netflix 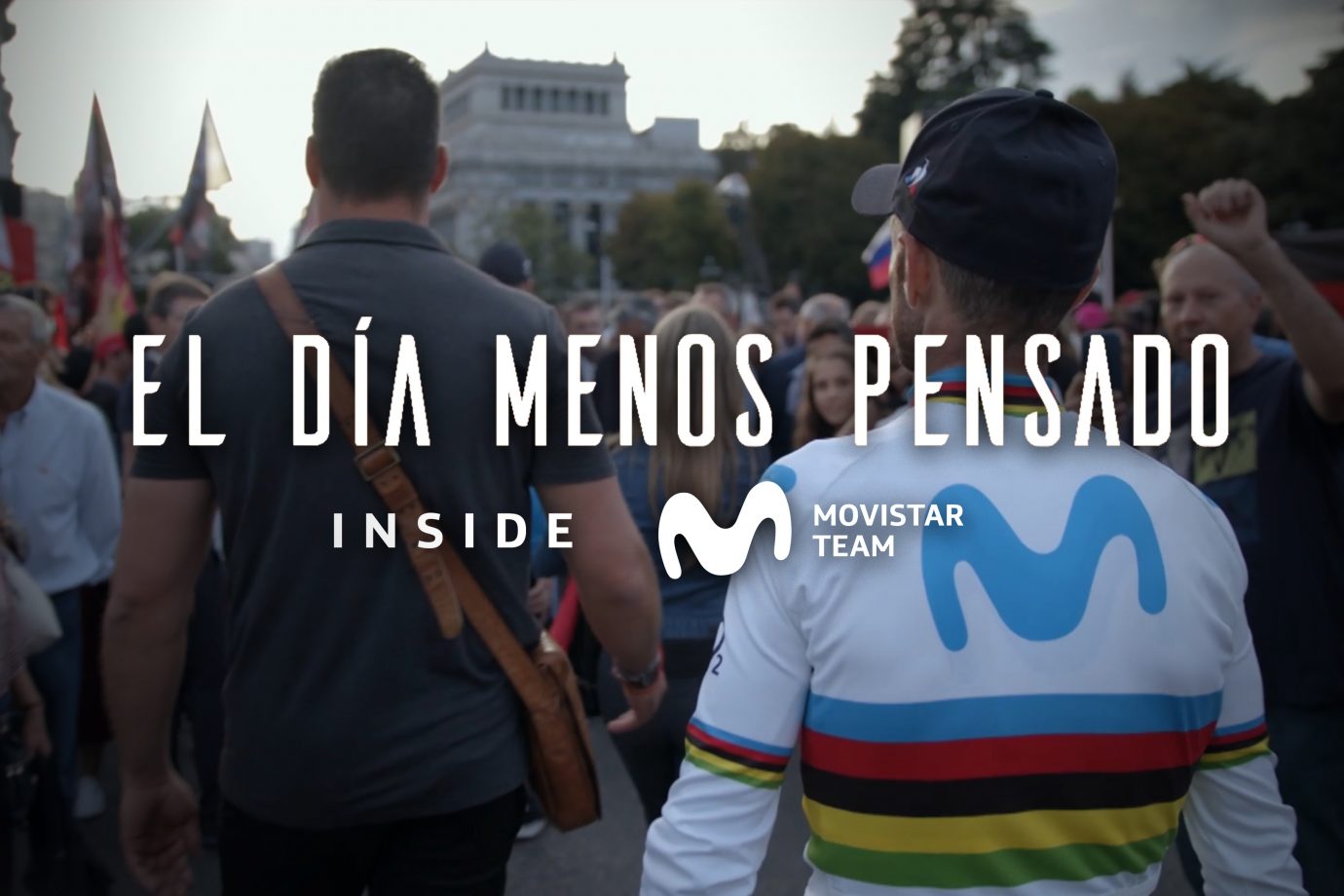 Six-episode series, an unprecedented look at cycling's three Grand Tours embedded in the Telefónica-backed squad during 2019, airs globally on Netflix from Friday.

The documentary ‘The Least Expected Day’, a six-episode series produced by Telefónica Broadcast Services (TBS) on the Movistar Team, the longest-standing team in cycling’s top tier UCI WorldTour, was made available globally on Friday. The series, more than three hours in length, is a thorough story, with unprecedented access, around the Telefónica-backed squad’s 2019, with focus on the three Grand Tours of the sport: the Giro d’Italia, the Tour de France and the Vuelta a España.

Filmed over eight months in locations across Europe and Latin America, from the team’s headquarters in Pamplona (Spain) to the interior of Ecuador’s northern Carchi province, ‘The Least Expected Day’ (available on Netflix worldwide from Friday, and also to customers of Movistar’s own Spanish platform as a weekly series on their sports channel #Vamos) brings its cameras into the daily activities of the Movistar Team, looking to show the feelings and reactions of its main members. The Blue outfit opened TBS its doors at every pre-race meeting at the team bus, their hotel rooms during the massage, breakfast and dinner, and of course, the team cars where all the shots are called during the most important events of the cycling season.

‘The Least Expected Day’ shows the inside story of Richard Carapaz’s overall success in the Giro, the 15th Grand Tour GC victory conquered by Eusebio Unzué’s structure. It also follows the footsteps of Nairo Quintana and Mikel Landa as they clash for team leadership during the Tour de France. Plus, it tells the story of Alejandro Valverde’s season in rainbow colours, crowned with a second place overall in the Vuelta a España.

The team’s home Grand Tour also marked the end of an era for the Movistar Team, with its fourth decade as a structure coming to a close, and a new beginning for the Blues, also covered in detail at the series. The collection of unique images is completed by interviews, unfiltered and full of sincerity, with the riders, sports directores and the staff supporting them over 15 countries every year, for a combined 26,723 kilometers during the three Grand Tours in 2019.