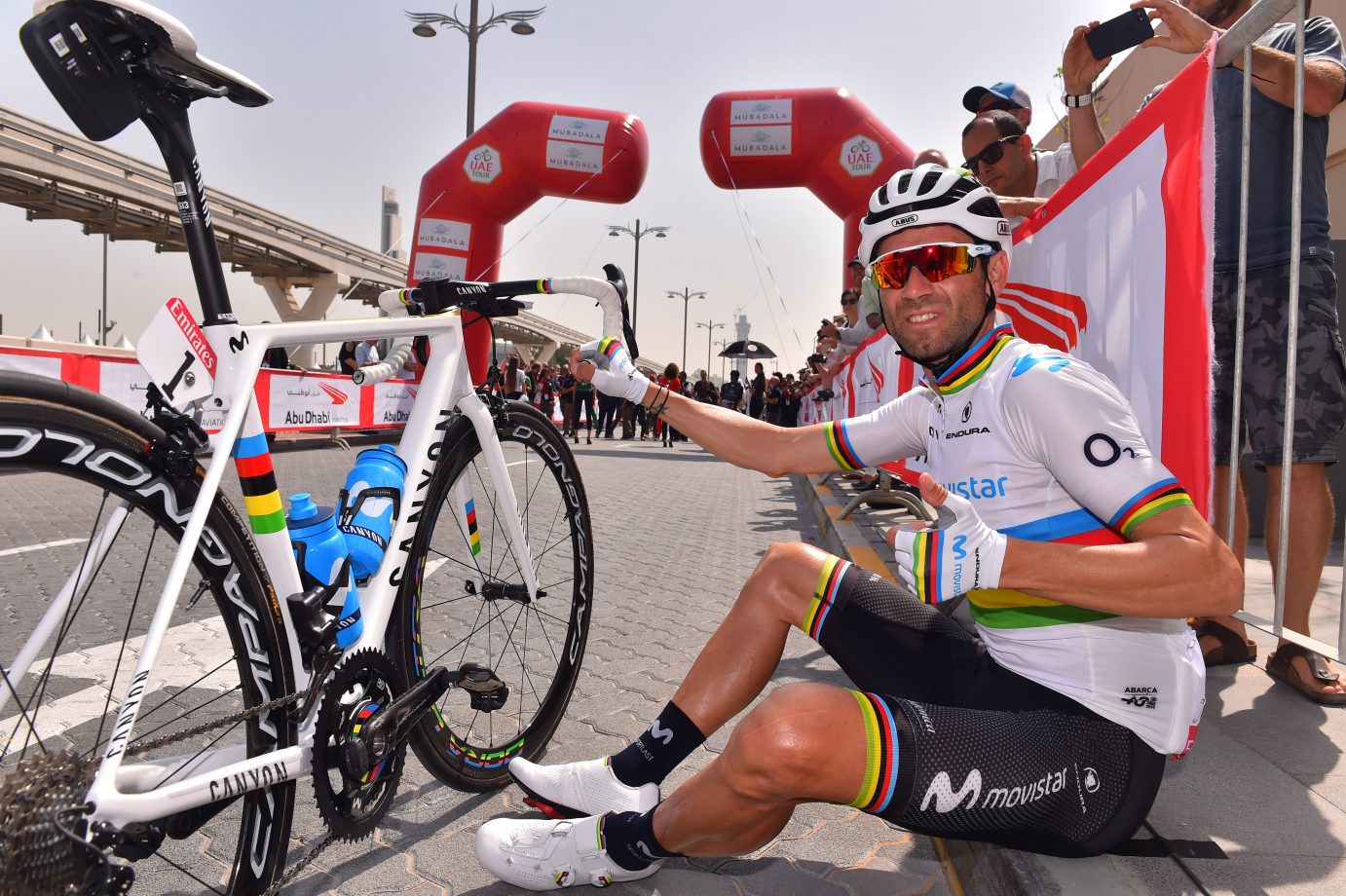 Telefónica-backed squad invites cycling fans to offer their donations to this humanitarian organisation, in their fight against COVID-19.

To help the campaign reach the biggest possible exposure, they’re using a one-of-a-kind gift as support: Alejandro Valverde’s Canyon bike as world champion in 2019, given away.

Looking to continue their support to those who protect the society against the COVID-19 pandemic, as well as the groups and communities most affected by this disease, the Movistar Team takes another step forward in its charity efforts as it joins the #CruzRojaResponde campaign for the Spanish Red Cross, the biggest action in its history, looking to support 1,350,000 people in the areas of emergency response, health services, social inclusion, education and employment. The Blue outfit has set up a platform so their fans can easily make their donations to this humanitarian organisation.

The initiative doesn’t end there. To help this campaign reach as far as possible and become a success, the Movistar Team is offering all fans who help it communicate the relief effort a gift as much unique as attractive to them: the giveaway of the Canyon Ultimate CF SLX Team MOV bike Alejandro Valverde used for most of his 2019 season, following his world road race title obtained the previous year.

Those fans who wish to apply must share, through their profiles on Twitter and/or Facebook, the posts the Movistar Team will use to announce the charity action (links available at 12pm CEST). In order to make that participation, from Saturday 25th through Sunday 10th, completely valid, they will have to retweet or quote-retweet the post on the campaign (Twitter) or sharing (with Public setting) the Movistar Team’s Facebook post in their own wall.

The Canyon bike given away, conserved in perfect condition at Abarca Sports’ headquarters in Pamplona (Spain) since the end of the 2019 season, is the same Valverde used in the most important events of his year as rainbow jersey holder: the Tour de France, the Vuelta a España, the Ronde van Vlaanderen, the Ardennes Classics or the UAE Tour.

The bicycle conserves all of its unique components: the power meter with the five colours of the rainbow jersey; the wheels, with that same multi-colour livery; the Fizik saddle with the five stripes; the Lizard Skins handlebar tape; or the elegant paint job by Canyon, which includes an inscription with the name of Alejandro Valverde as winner of the 2018 Innsbruck Worlds road race. A magnificent museum piece, supporting a noble cause.