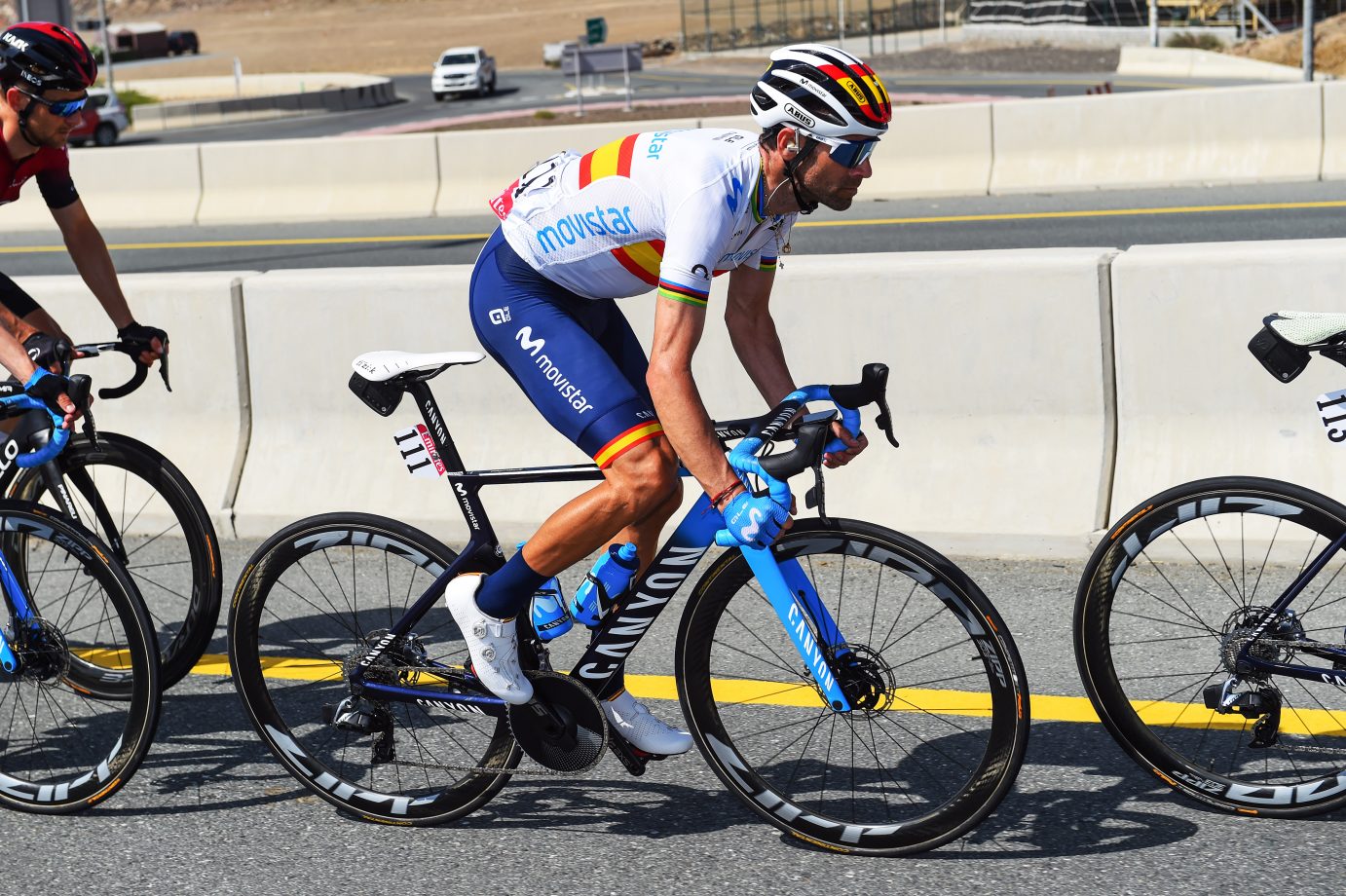 Marc Soler to race the Giro d’Italia, share his opening events of the ‘new season’ with Mas; Enric to line up at Tour de France & Vuelta a España alongside Alejandro Valverde.

• The Strade Bianche (Aug 1), with both men’s and women’s events, will be the first WorldTour stop for the Movistar Team, whose women’s outfit could debut at the Navarra Classics (July 23/24) and the Durango-Durango (26), should the right conditions be met

The Movistar Team looks with hope towards the restart of their racing activities in 2020, as it presented, through a virtual press conference, the main details of their plans for the Blues’ men’s team in the remainder of the year. The Telefónica-backed squad’s general manager, Eusebio Unzué, confirmed Enric Mas and Alejandro Valverde will race both the Tour de France (August 29th – September 20th) and the Vuelta a España (October 20th – November 8th), while also announcing Marc Soler will be making his debut in the Giro de Italia, 3rd – 25th October.

The three Grand Tours are the core of a calendar compressed into just 100 days, set to start, should health care authorities enable the organisers, at the Vuelta a Burgos, July 28th – August 1st. Four days earlier, the women’s Movistar Team will be resuming their calendar (if so permitted) at the Navarra Classics, 23rd / 24th July, and the Durango-Durango Emakumeen Saria, July 26th. Both rosters -which will be sharing their first UCI WorldTour event back at Strade Bianche, August 1st- would complete their their 2020 season at the same place: Madrid, end of both the Vuelta a España and the revamped women’s La Vuelta Challenge.

At the event, conducted by sports channel #Vamos presenter Mónica Marchante and broadcast live on YouTube, Telefónica’s Director of Brand, Partnerships and Media, Rafael Fernández de Alarcón, underlined “the extra efforts” made by the company “to increase their support to sportspeople, teams and the reach of sport itself“, part of their commitment “with Spanish sports, both as a partner and as a TV network through Movistar+“. The executive also congratulated the team on “sharing their riders’ experiences with the fans during lockdown and supporting several relief efforts“, as well as praising their support of the documentary ‘The Least Expected Day’, an unfiltered view on the daily work of a top cycling team.

Eusebio Unzué commented on the chance for “Enric, together with Alejandro, to keep gaining experience in the Grand Tours and getting adapted to our team. On the other hand, Marc has deserved this chance to lead a team in a three-week stagerace through his efforts in the past few years, and will be the sole leader in a Giro he’ll find a strong supporting team at.” Soler showed himself “confident about this opportunity in the Giro, and willing to do my best and be in Italy with a great team by my side. Eusebio offered me that chance, I liked the idea and I hope to bring the team a good result.“

In turn, Valverde considers he’ll start the new season “with as much excitement as I had ten years ago. These will be two Grand Tours very different for everyone – the Tour de France, with all circumstances surrounding it, will be a different one, and we’ll try to take advantage. The Vuelta will be entirely held in the north of Spain, probably with cold and bad weather, yet it will be the same for everybody. It’s a special year, with big efforts in such a short span, and I like that challenge.” Enric Mas said he feels “so much excited about this dual challenge, Tour and Vuelta, and even more thrilled to have Alejandro alongside for the two. He’s always there, he’s one to follow, and I’ll learn a lot from him. These have been rough months for everybody, yet thanks to Telefónica’s support, we’ve been able to go to bed everyday calm about our jobs, our chances, and now think about our return with full confidence.”