Sheyla Gutiérrez (6th) off to fine restart in Pamplona 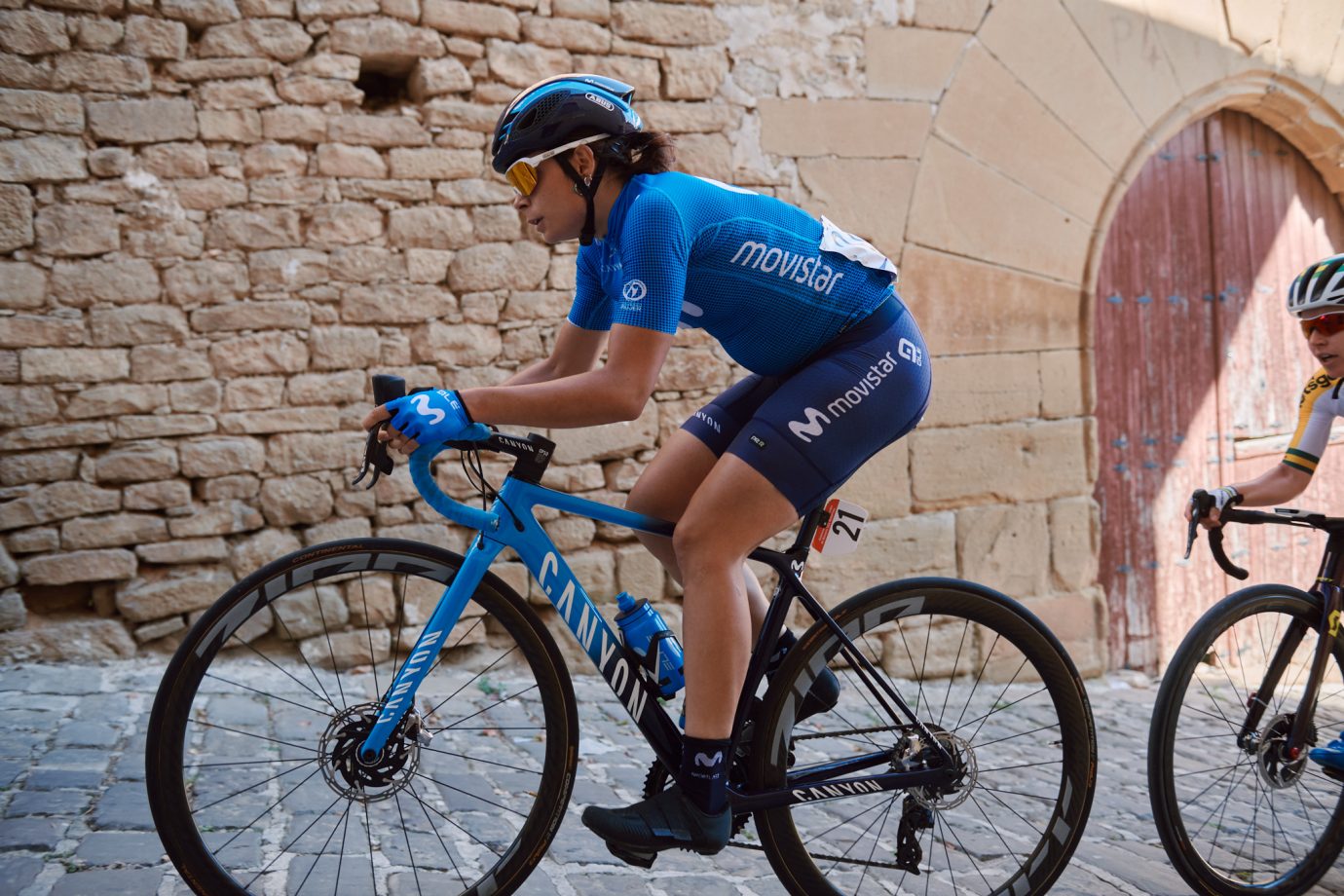 A beautiful classic in the second day of post-pandemic cycling. 123km with six rated climbs; narrow, technical sections; and steep slopes, like the ones at the picturesque cobblestones of the Artajona citadel or the climb of El Perdón, one of the most known ascents in Navarra. From its finish, only 19 kilometers were left to the finish in the Ejército avenue, just next to the start in the Taconera gardens.

Temperatures were similar to the eve’s, with a maximum of 27ºC and the winds playing an even bigger factor, as strong northerly gusts affected the race near the end. The riders were just fortunate to stay away from a heat wave expected over the Iberian Peninsula for this weekend and beyond.

The Movistar Team will head towards the Basque Country tomorrow to compete on Sunday’s third, final UCI summer race of the season in northern Spain: the Durango Emakumeen Saria (Sunday 26th), with two well-known circuit around the climbs of Miota (5x) y Goiuria -two ascents, with the Garai / San Juan climb in between-. As in Friday’s race, there will be one debut: Paula Patiño, already used to the Spanish time zone after returning to Europe on Monday with the ‘Colombian Sports Flight’, will be at the start.