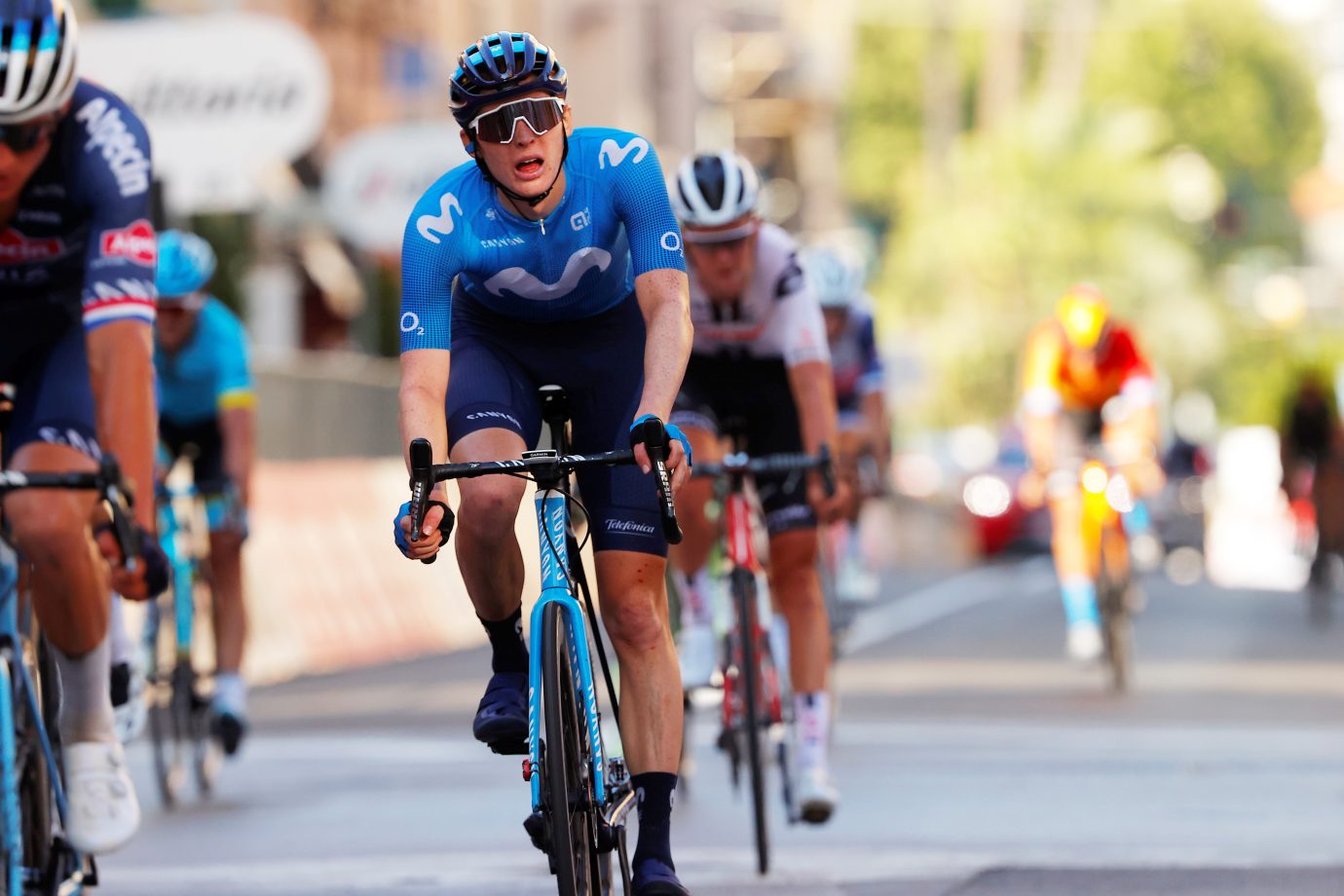 Idaho native finishes inside favourites' group at Via Roma, aged just 21, in his first ever Monument as a pro. Héctor Carretero completes 230km breakaway.

No less than the longest one-day UCI event since the late 1980s. The 2020 Milano-Sanremo was forced to change its route radically, after several city councils decided not to allow the race going through its streets. 305km were on the day’s menu, with four main climbs: Niella Belbo and Colle di Nava, longer and further away from the coast, plus the famous, decisive Cipressa and Poggio, inside the last 30km.

Scorching hot, and completely different to what riders find every year at the ‘Classicissima’. A maximum 33ºC in the interior and around 30º in the Riviera Ligure, with southerly gusts that meant riders had to face a crosswind through the Poggio.

The Movistar Team’s ‘Italian bubble’ will kick off its final week of racing in the country before the National Championships at the Gran Piemonte, on Wednesday 12th August. A lumpy race before the second ‘Monument’ of this summer, Il Lombardia, on Saturday 15th.

Over at the Tour de Pologne, Remco Evenepoel (DQT) completed a fantastic exhibition with an old-school attack, more than 50km along at the front, to dedicate his team-mate Fabio Jakobsen a great victory by almost two minutes at the Queen stage in Bukowina (153km), ahead of Fuglsang (AST) and Simon Yates (MTS). Imanol Erviti (+9’24”) and Lluís Mas (+12’55”) were the top Movistar Team finishers in a day where Jürgen Roelandts was forced to abandon with stomach problems and health issues since Friday. One stage is remaining in Poland on Sunday, with a sprint finish expected in Kraków (188km).