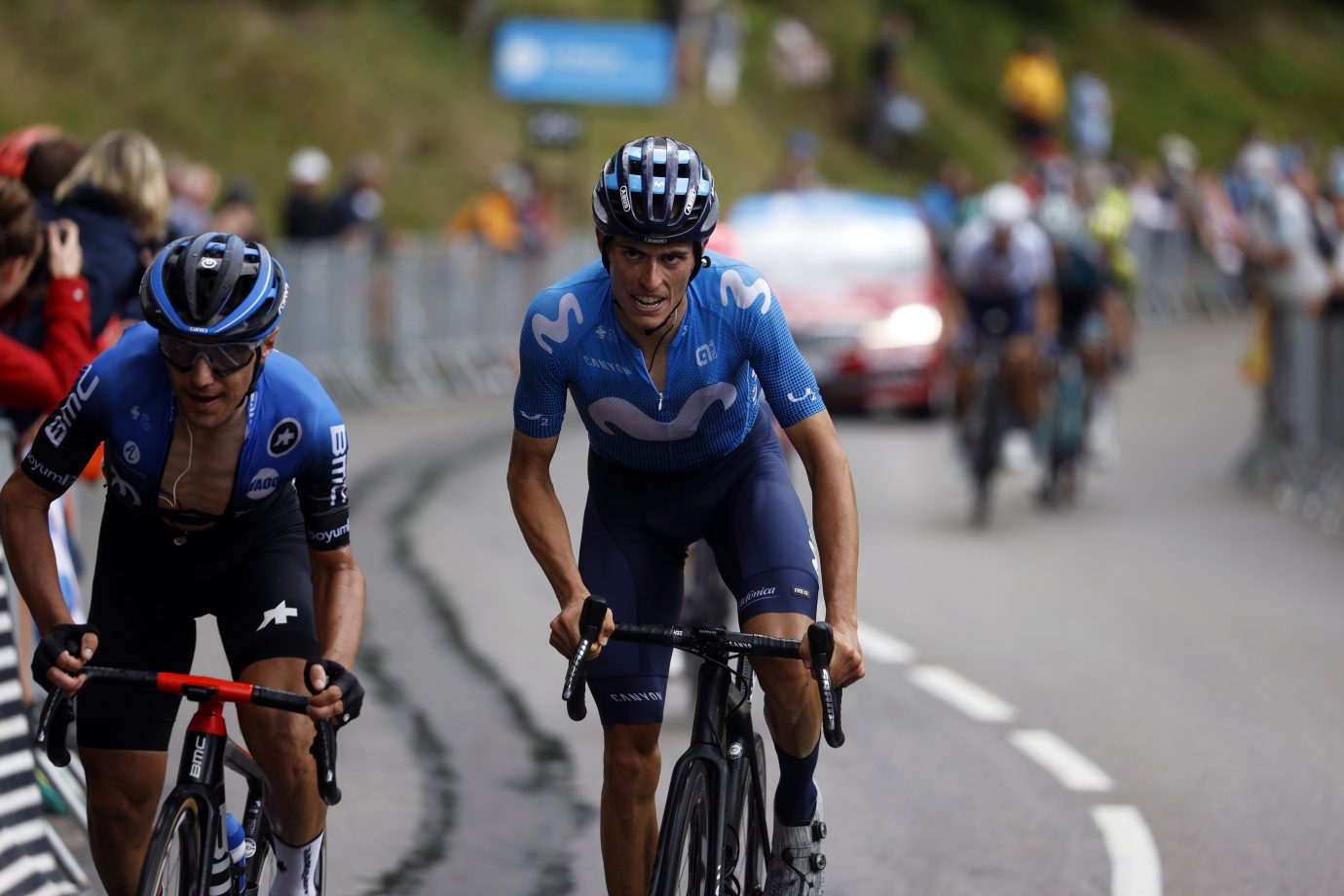 Movistar Team duo finishes a minute and a half behind Roglic (TJV) atop Col de Porte, having lost contact only inside final third of grueling final climb.

The first big battle between the Critérium du Dauphiné GC contenders was held over a route as short as demanding: just 135km from Vienne to the top of the Col de Porte (HC; nearly 18km at 6.2% avg.), preceded by three other categorized ascents, including the Côte Maillet (Cat-1; 6.2km, 8%) with 36 kilometers remaining. A grueling prelude to the brutal ascents in the weekend’s stages.

A classic summer day in the Alpes, with maximum temperatures around 33ºC and some crosswinds (not really affecting the race outcome) combined with drops of rain in the section leading up to the Col de Porte.

Friday’s stage three of this Dauphiné (157km) will feature two huge ascents to be overcome: La Madeleine (HC; 17.3km at 8.3%), one of the most famous, imposing cols in the Alps, and Saint-Martin-de-Belleville (Cat-1; 14.8km, 6%), the second consecutive mountain-top finish this week.