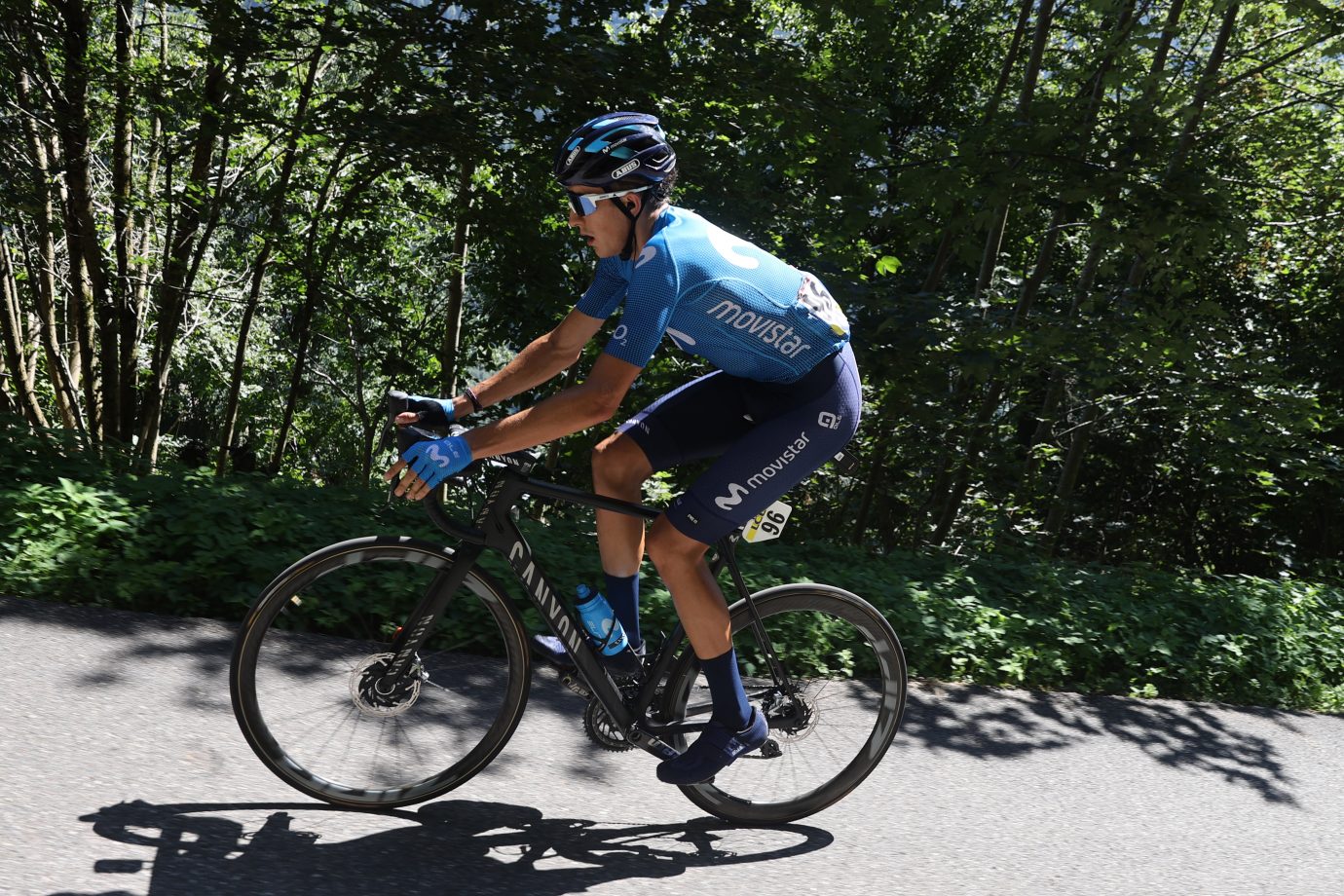 In the day of Sheyla Gutiérrez’s La Périgord win and out of the two men’s Movistar Team rosters lining up on Saturday -with the penultimate stage of the Critérium du Dauphiné (Ugine-Megève; 153.5km) and Il Lombardia (231km)-, the Blues shone the most in France, as one of the Telefónica-backed squad’s most relevant names, Marc Soler, tried to seek for the spotlight.

The Catalan entered a really strong, 15-mab breakaway at the Col du Plan Bois (Cat-1), the first of six categorized ascents, whose descent saw a multiple crash -Kruijswijk (TJV), Buchmann and Mühlberger (BOH) involved- which forced the peloton to go easier for the first time in the day, and boosted the chances of eventual winner Lennard Kämna (BOH). Soler stayed with the leading group until the first slopes of the Montée de Bisanne (HC), 40km from the finish, where he lost contact and was caught by the main GC contenders.

/ Valverde on the right path

Marc finished the stage within a minute of that GC group, which contained Alejandro Valverde. The Murcia native was able to bridge back after initially dropping to help Enric Mas in a difficult moment for him, not being able to find his best legs and subsequently leaving the top places in the overall standings.

‘Bala’, who initially followed a move by Bahrain-McLaren into Bisanne, showed good legs and got back to the main field. It was possible after yet another ‘stop’ from the top guns, that made easier for Primoz Roglic (TJV), also affected by a crash, to retain his yellow jersey heading into Sunday’s showdown (Megève-Megève; 153.5km, no less than eight categorized ascents). The final stage won’t be covered by Nelson Oliveira, who was suffering some muscle pain since Friday and decided to stop early on stage four.

Over at Il Lombardia, Jakob Fuglsang (AST) notched up his second victory at a Monument after leaving behind nearest rival George Bennett (TJV) over the final climb to San Fermo della Battaglia. It was a race of attrition –and big scares, like the one suffered by Remco Evenepoel (DQT)– where Dario Cataldo (Movistar Team), an expert ‘connoisseur’ of the race with his twelve appearances, took 16th place, three minutes behind the top-ten.

It’s also interesting to note that three youngsters from the Movistar Team –Einer Rubio, Juan Diego Alba (debut in a UCI WorldTour race) and Juri Hollmann, the latter officially as OTL- were able to reach Como’s finish in their first appearance.