A 172-rider breakaway before another nervous finish in Privas 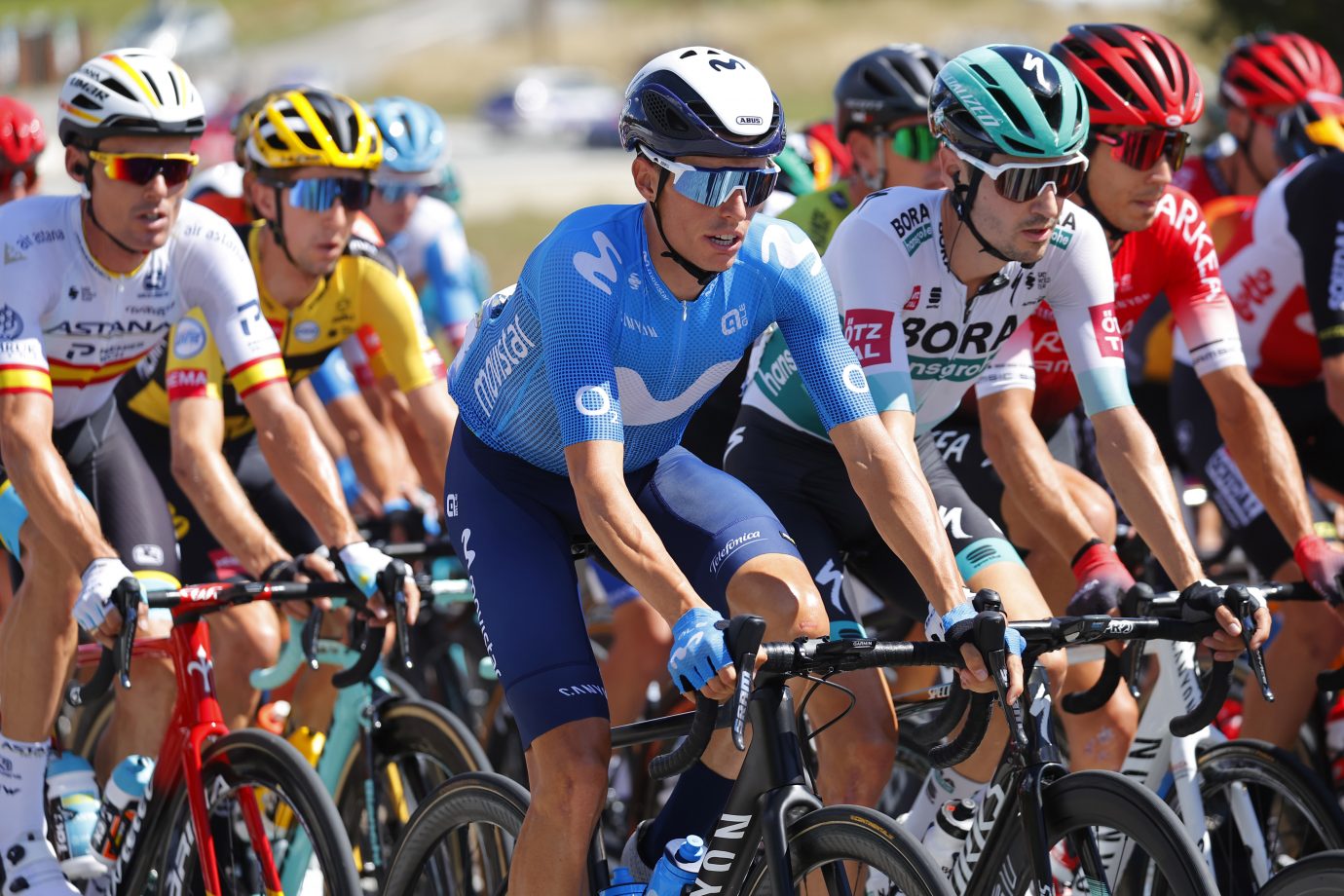 With no break during stage five of the Tour, the Movistar Team tried to stay away from wind-induced trouble at nervous finish in Privas. Jacobs still KOM leader in Italy.

Another chance for the sprinters, the third in this year’s race, yet with a slightly uphill section near the finish in Privas plus a Cat-4 climb, Saint-Vincent-de-Barrès (almost 3km at 4%), to somewhat limit the dominance of the sprinters and their teams. For the rest, in turn, a day to keep attention and regain some energy before getting back into the mountains on Thursday.

With no rain expected over the course and temperatures between 18 and 24ºC, the main threat for today’s stage was the strong Mistral wind into the second half of the stage, with gusts up to 50kph. However, only the central part of the stage could be seeing some croswinds, with the last 20km mainly headwind.

Alejandro Valverde: “It’s been a pretty demanding finish; the first part of the stage was quite calm, you’ve got to admit that, but the last 50km were furious. We had to keep all of our riders at the front into that section against the wind, which was dangerous, but we were able to finish all together, so job done, I guess. I can’t remember a Tour stage without a breakaway, so it must have been a long time since one like this… Why did it happen? I guess it’s because it’s still a long way in this Tour, and everyone knew it would be a sprint finish. As I said yesterday, I’d have liked to be closer to the GC group and not losing those 20″, but well, Enric was closer, he didn’t lose but nine seconds – let’s see if we can improve tomorrow!”

Thursday’s stage six (191km) will bring the riders back into the mountains with a finish possibly harder than yesterday’s. All difficulties are into the final third of the route, with three rated ascents inside an entirely uphill last 35 kilómetros, over Mourèzes (Cat-3), the Col de la Lusette (Cat-1 + Bonus; nearly 12km @ 7.3%) and the finish up the Mont Aigoual (8.3km @ 4%). The place for the first GC-defining attacks?

As the early breakaway covered all KOMs with no rider able to match Johan Jacobs‘ 18 points, the Swiss youngster remained in the GPM jersey after his break on Tuesday. Thursday is the day for the Queen stage in Emilia-Romagna (together with today’s), with the Monte Carpegna (HC) and two other categorized climbs before a downhill last 30km towards Riccione’s finish.