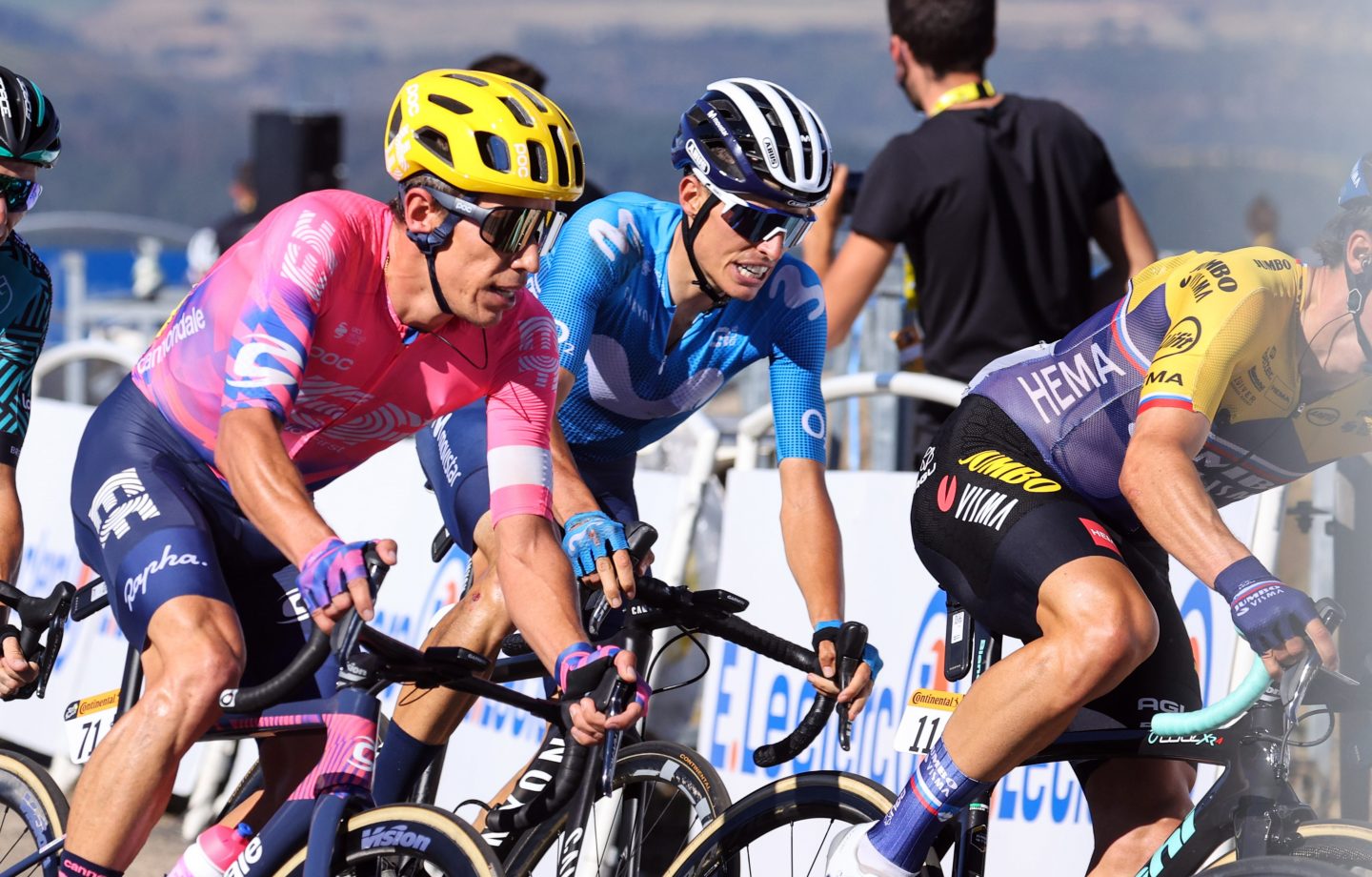 Broad field of Tour de France contenders -including Enric, who crashed into one of the descents- stayed together behind the break on stage six, won by Lutsenko (AST). Arcas into the early move in Italy.

While Orcières-Merlette was the first real approach to the mountains in this race -though Sunday’s stage two in Nice already created some early selection-, Thursday’s ride in the Tour de France promised to be the first real battle for the GC. The Mont Aigoual (non-rated climb; 8.2km @ 4%) awaited the riders after a flat start and 35km uphill in the end, getting over the Col de la Lusette (Cat-1 + B; 11.7km @ 7.3%) just before the finish.

It was warmer than in previous days, with 27ºC in the approach to the final climbs and around 20ºC at the finish area. With barely any winds -quite the contrary to Wednesday’s nervous approach to the line- and clear skies, rides ‘only’ had to worry about racing.

At the final climbs, Lutsenko was the strongest, taking a solo victory ahead of Herrada, Van Avermaet and Powless. Behind at the GC group, all blocks remained together and only one attack happened through the La Lusette climb, with Fabio Aru (UAD) being caught and dropped back. More than 40 riders reached the finish line atop the Mont Aigoual together with Valverde, Mas and Soler for a Movistar Team which keeps Enric (+22″) and ‘Bala’ (+34″) within the top-20 overall.

Enric Mas: “I seem to be fine, I hope it’s just some bruises after that crash. I’ve taken my glove off now and it seems like the area is a bit swollen, but I hope it’s nothing. I rode over a stone into a turn during that descent before the penultimate climb. It is what it is, this is part of the Tour, setbacks can arise during a 21-day race and it was my turn this time. When it comes to my legs, all seems to be going well.

“We have already commented on this several times about our season restart not being the strongest by any means, but we feel like we’re well oriented towards a good result here. We’re still in the mix and, other than this crash, I’ve got good hopes for the upcoming weeks. We should be seeing attacks soon at the Pyrenees – the upcoming mountain blocks, the Alps and also the Massif Central, should bring the fans many fireworks. There’s teams like us, Jumbo, Groupama – basically everyone will want to go on the offensive.”

Alejandro Valverde: “Another fast day, a nervous one and with a furious pace at the final climbs. We’re still close in the GC, going day-by-day and hoping for the best in the upcoming stages. It looks like a strange Tour with no attacks, you say? … Well, life is strange. Look at me and you, wearing a face mask, that’s already strange. The most important thing is that we’re here, doing our thing. It’s still a long Tour ahead. The final days are so demanding that most teams are thinking that, the less they spend at this moment, the better.”

Friday’s stage seven will see their sprinters battling out for the last time in this first week at Lavaur (168km), after a flat final hour of racing wit no major difficulties. It will be the last respite for the race contenders -should the Autan winds allow it near the start– before the short Pyrenees block of the 2020 Tour de Francew.

At the Settimana Coppi e Bartali, the Movistar Team tackled the Queen stage over the famous Monte Carpegna (HC), before heading towards the climbs of San Leo (Cat-2) and Fiorentino (Cat-2) en route to Riccione’s finish. And it did so with Jorge Arcas in the morning break, a five-man attempt alongside O’Connor (NTT), Davies (TBM), Amezqueta (CJR) and Petilli (CWG).

The leading group broke at the Carpegna, with Arcas being caught at the final section by counter-attacker Iván Sosa (IGD) and a restricted peloton including team-mate Einer Rubio. The pace by race leader Deceuninck-QuickStep’s Andrea Bagioli neutralized the break, though, and made for a 30-man sprint finish, narrowly won by Jhonatan Narváez (IGD).

The race will end on Friday with a hilly circuit in and around Forlì, climbing seven times to the Rocca delle Caminate (Cat-2; 3.2km @ 7%).