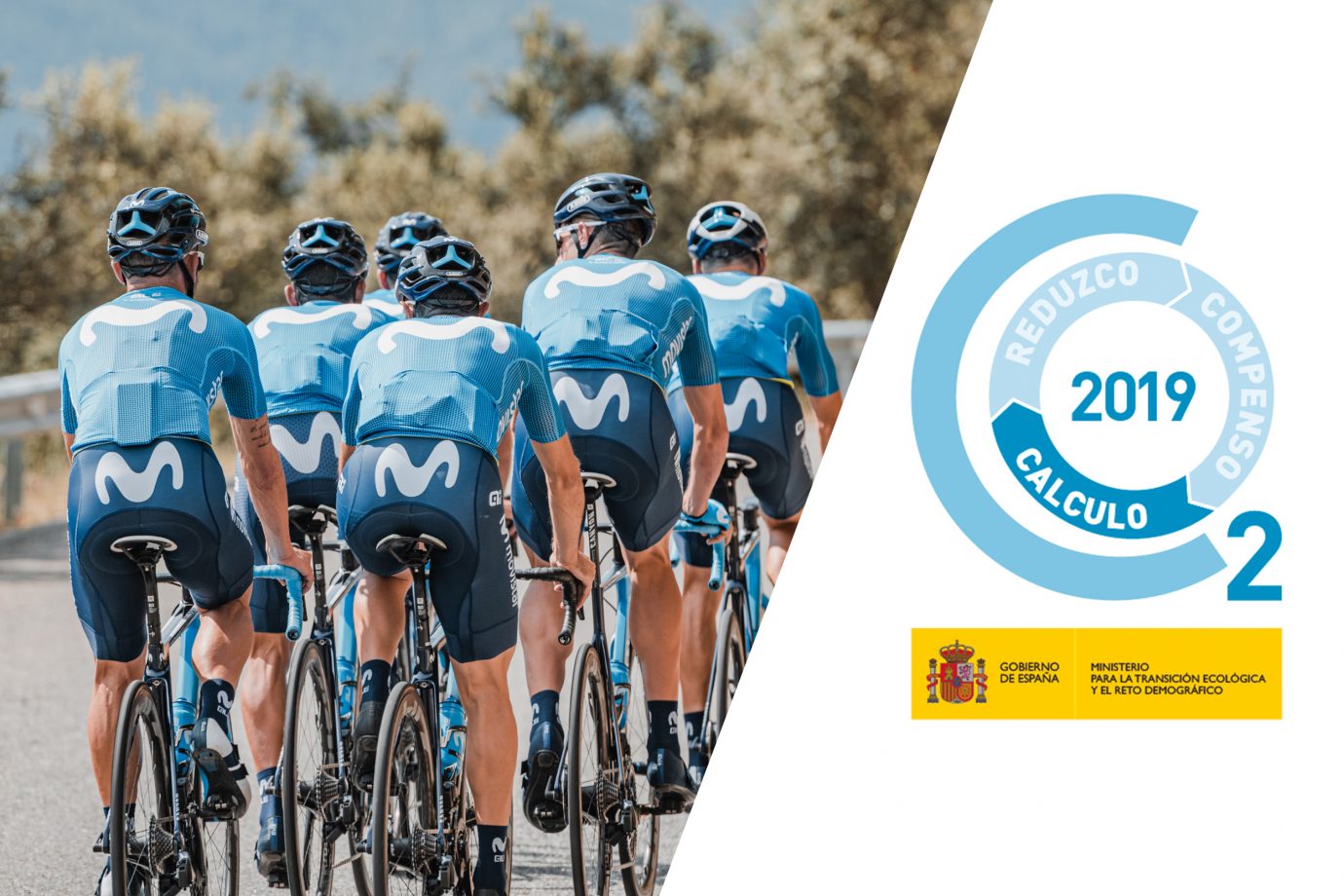 Thanks to the initial efforts established in its Sustainability Plan, Movistar Team received during the summer of 2020 the official Seal of Recognition from Spain’s Ministry for Ecological Transition (MITECO). The company behind the team has been added to the Registry for Carbon Footprint Measuring, Compensation and Projects of Reduction of CO2 Emissions, which reflects the effort of those Spanish organisations taking into consideration, and reducing, the emissions of greenhouse gases (GHG) they generate with its activities.

The so-called “phases of accomplishment” of the Registry, reflected into the graphic delivered by the MITECO with its Seal, are a perfect representation of all three phases of the Sustainability Plan the Movistar Team has put in place, or hopes to implement, in the next few years:

1) Phase of carbon footprint measuring, a figure already made public by the Movistar Team, which amounts to 175,000kg of equivalent CO2 per year;

2) Phase of projects for CO2 reduction, one that Abarca Sports has already been working at for months, using renewable energy and self-consumption at its HQ;

3) And phase of carbon footprint compensation, an effort for which the Movistar Team will carry out projects to take care of its environment and promote the use of bicycles.

Together with those plans, Movistar Team has planned to replace, during the 2021 season, the Volvo Cars it current uses for plug-in hybrid vehicles, hoping to continue to reduce the volume of CO2 it generates during its journeys across the world.