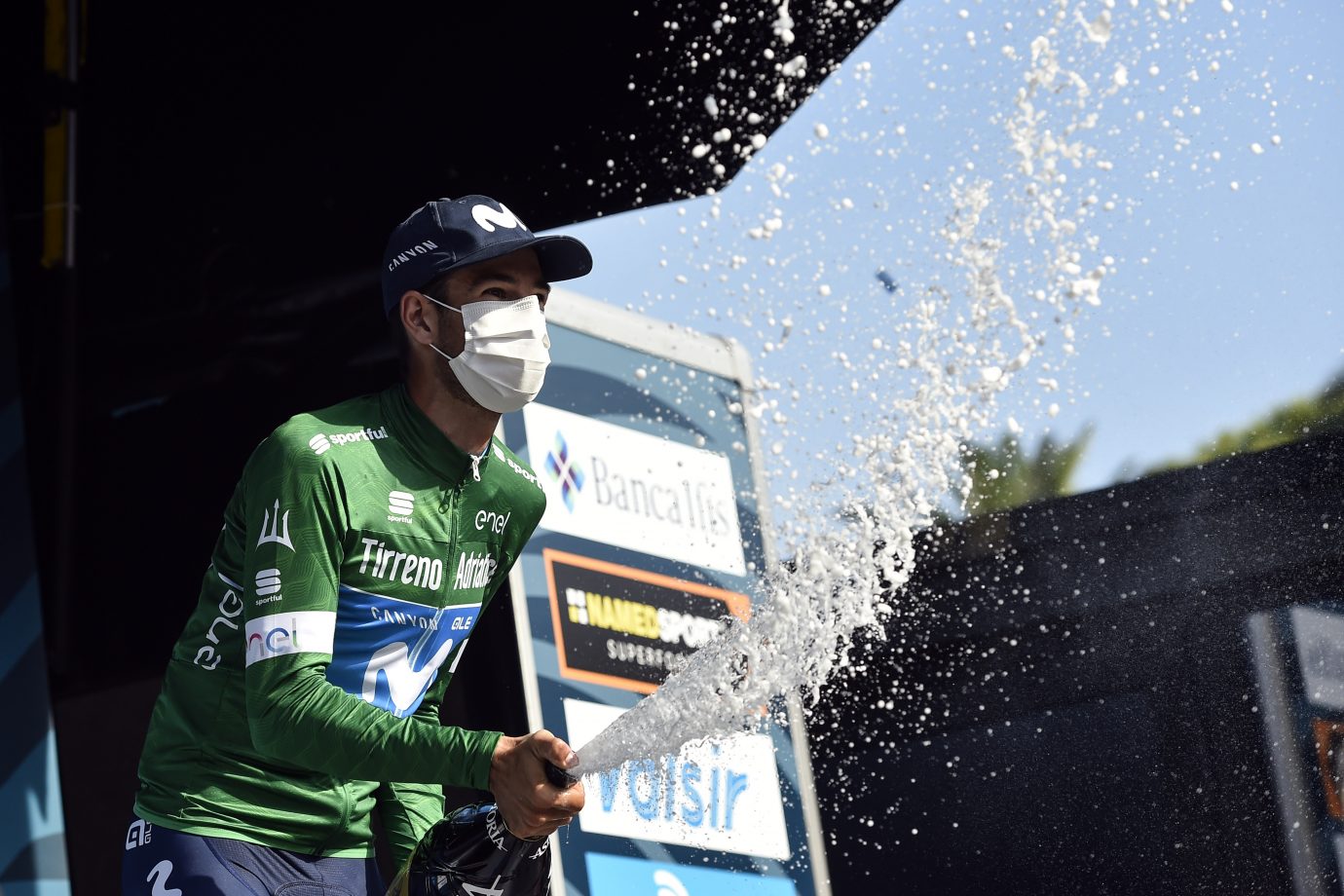 Yates was joined on the final podium by Geraint Thomas (IGD) and Rafal Majka (BOH) as Filippo Ganna (IGD) won the TT, with Matteo Jorgenson as top Movistar Team performer, 1’04” down on the day’s victor.

The roster directed by Chente García Acosta and Maximilian Sciandri on Italian soil visited the final podium thanks to Héctor Carretero’s win in the KOM classification, unofficially sealed last Sunday and made possible by big efforts in the most mountainous stages on Thursday and Friday.

The Blues got back to the fore of the race on Sunday with another break from Sergio Samitier, another courageous member from a Telefónica-backed squad which enjoyed here its most relevant warm-up event before next month’s Giro d’Italia. The Blues will be back in action on Wednesday for the Giro della Toscana.