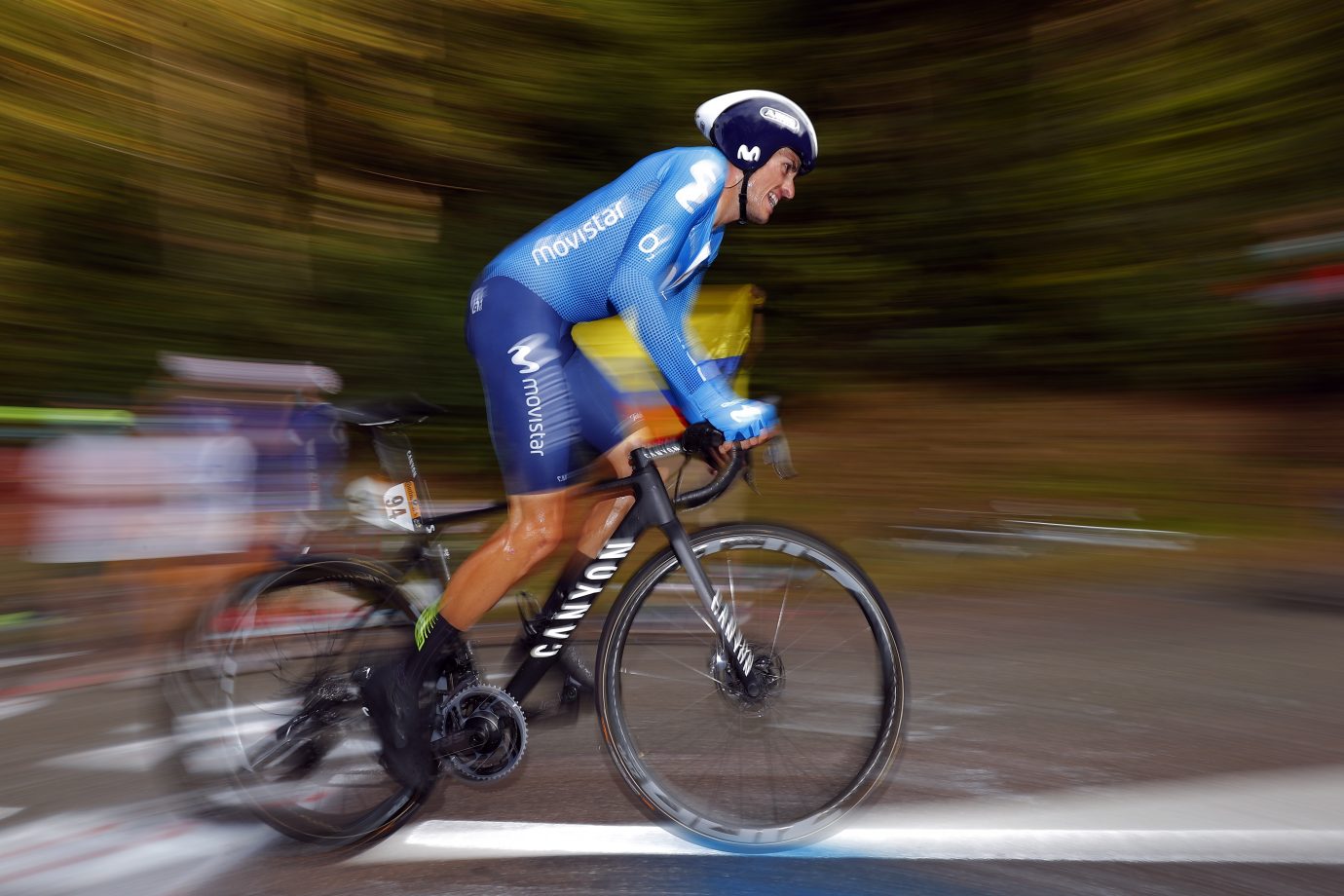 A brutal last effort. While time trials are already excruciating, the 36.2km course on stage 20 of the 2020 Tour de France combined the inherent high speeds of a standard ITT with a Cat-1 climb in the end: La Planche des Belles, almost 6km at 8.5% average.

Temperatures were warm, yet not hot (between 19 and 23ºC), with partly cloudy skies and winds not decisive for this TDF showdown. As forecast for already a couple of days, the Tour would get to Paris with no complications from a meteorological standpoint.

“There’s been some confusion in the end, since we were only aware about Mikel’s times, waiting for his finish -we finished 9” ahead of me in the GC after today’s TT- and we were thinking that the top-5 finish was gone for good, but in the end, we were able to get back that position we wanted before the start, even if indirectly. It’s a great result for Spanish cycling, with Mikel and I in fourth and fifth, I think it’s something to feel proud about.

“Thinking about the team, our overview has to be positive. There were some critics around us before the race, because our performance over the events leading up to the Tour hadn’t been the best, but day by day, we’ve improved our form, our results and things have turned out really well for us in the end. I’m happy with my overall performance, yet I’d like to start the Tour a bit better next year. I’d of course want to finish it as strong as this one, but at the same time, not lost that little time in the opening mountain stages, which could make the difference.

“About the final GC – well, I think it’s been a tight battle between Roglic and Pogacar during these three weeks, but considering the TT results, the best man on course won and deserved that success. We’ll continue fighting over the next years to get closer to that top step.”

… And tomorrow, the most famous avenue in the world. A happier finish than ever, for everything it took to restart the season and the emotions to be able to take to fruition the most important event of the season. 122km and eight final laps in Paris to enjoy, climb onto the final podium of the Tour and, starting on Monday, think about the upcoming goals in such a challenging 2020 season.

Saturday’s racing for the Movistar Team also included the 81st edition of the Giro dell’Appennino in Italy, the Blues’ debut into a mountainous course (191km) with five rated ascents and the Passo della Bochetta (1 km at 6.8%) as biggest difficulty towards Genova’s finish.

Sebastián Mora shone early on into the morning break as Jorge Arcas, who got through the last series of climbs into the elite front group, took 14th place behind sprint winner Ethan Hayter (IGD). Davide Villella (19th) also finished inside that leading group.