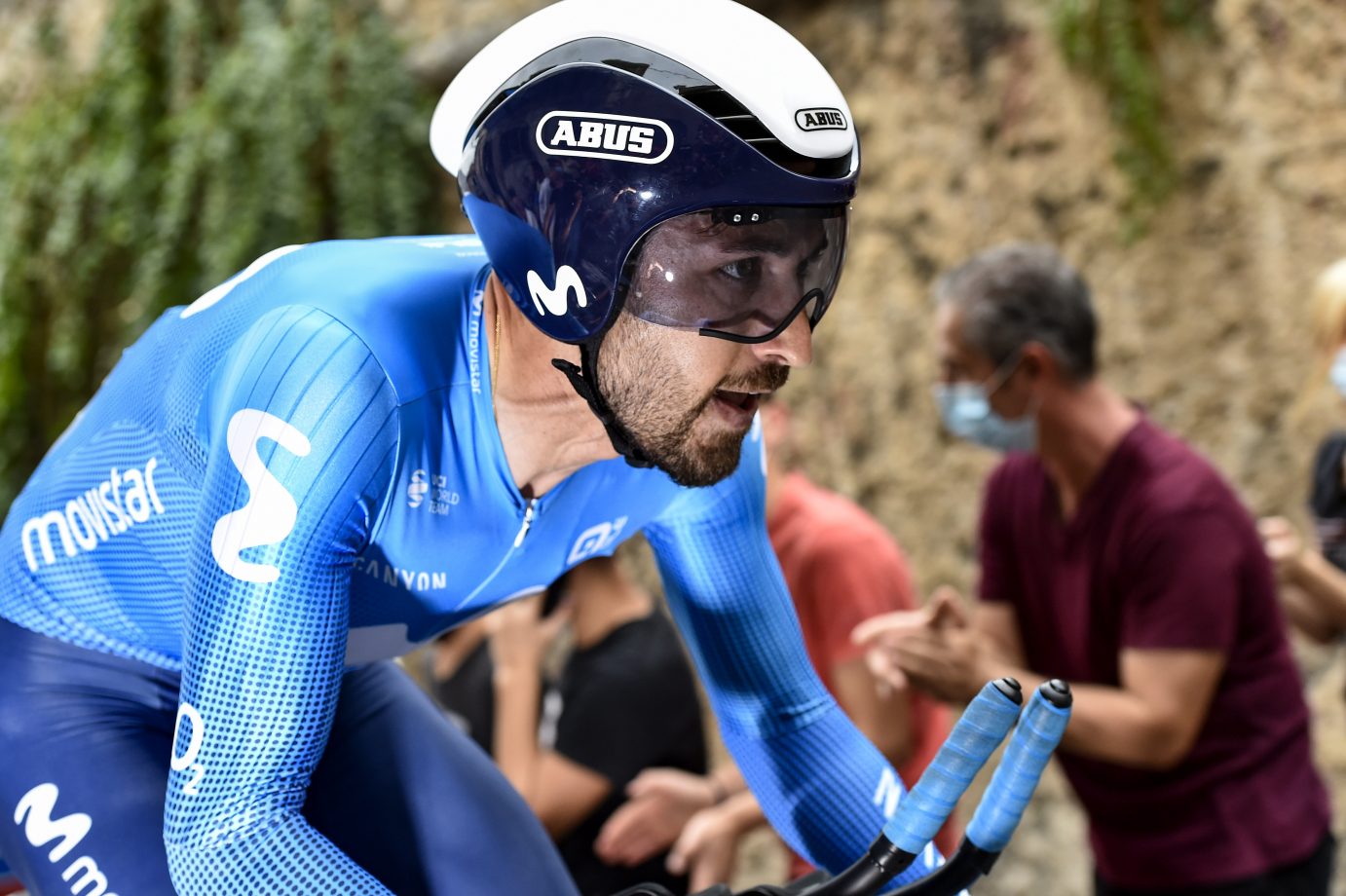 Quite a peculiar opening ITT for the 103rd edition of the ‘Corsa Rosa’, the first ever held in October (and hopefully the last). 15.1km between Monreale and Palermo with a tough start (opening km at 6%), followed by 5-6km of fast downhill towards the city and long, flat straights to finish it off. Really high speeds to open an extensive stretch (four stages) in Sicily through Tuesday.

It really felt like full summer in northern Sicily, with temperatures over 30ºC plus tail / crosswinds in the early part of the route (maximum 70kph), which would make the downhill section even more difficult. Risky conditions for what looked like a TT for the record books.

Sergio Samitier: “It wasn’t a technical TT, rather than a dangerous one due to the wind. There were 70kph gusts, it was a tail / crosswind, and it made it so difficult to stay in one piece. I didn’t want to take any risks, and even so, at the downhill, without taking an aero position and braking, I was reaching 85kph. On the other hand, it makes me really excited to be here at the Giro – they always say it’s the toughest of the three Grand Tours and the whole team is coming here with ambition, looking for this chance that the team is giving us youngsters, riders who would otherwise be working for the team leaders, more freedom. Our biggest goal is building a great group here and extract results from that bond. If we do that and we work hard, I’m sure we will deserve – and obtain – at least a stage victory.”

Albert Torres: “It really amazes myself to be in the Giro. Having followed this race on TV until now, and now being able to experience myself the greatness of this race, the people, the great riders – it makes me so happy to be here. Regarding the TT itself, my legs didn’t feel extraordinary, but we’ve just started and every experience for me here, considering I’m a Grand Tour debutant, will be important to grow as a rider. It was a particular TT, with that demanding start on cobbled, uphill roads and that descent. The wind gusts changed during the afternoon, and especially for those late starters like me. The gusts and the fast speeds into the downhill made it a dangerous one, and required much attention. Riding on the tri-bars was quite dangerous. As I said, I hoped to perform a little bit better, but it is what it is. It’s a long race ahead to seek for more chances, starting with tomorrow, and there’s two TTs left, the long one and the Milan showdown. On to the next opportunities!“

Sunday will see the riders take on stage two of the Giro, over 149km from Alcamo to Agrigento that will feature a very hilly start -four climbs in the first 50km; only one rated ascent, though (Santa Ninfa; Cat-4)- and a gentler approach through the interior of the island towards the first hill-top finish. It’s not a really tough one, nearly 4km at 5%, yet it could produce some late scares or favour moves from riders who aim at the stage win or a good GC situation in this early part of the race.

Over at their second race of the day, the decisive stage of the BinckBank Tour (UCI WT), the Movistar Team was able to finish with two of its youngsters Johan Jacobs -22nd overall- and Juri Hollmann (35º), just over half a minute behind the main bunch in pursuit of a break almost catching Mathieu van der Poel (AFC).

An extraordinary performance from the Dutch champion over the tough final circuit around the Kapelmuur and Bosberg was rewarded with both the stage win and the GC success, ahead of Soren Kragh (SUN) and Stefan Küng (GFC), while overnight leader Mads Pedersen (TFS), who due deep until the very end to conserve his green jersey, took 5th place.