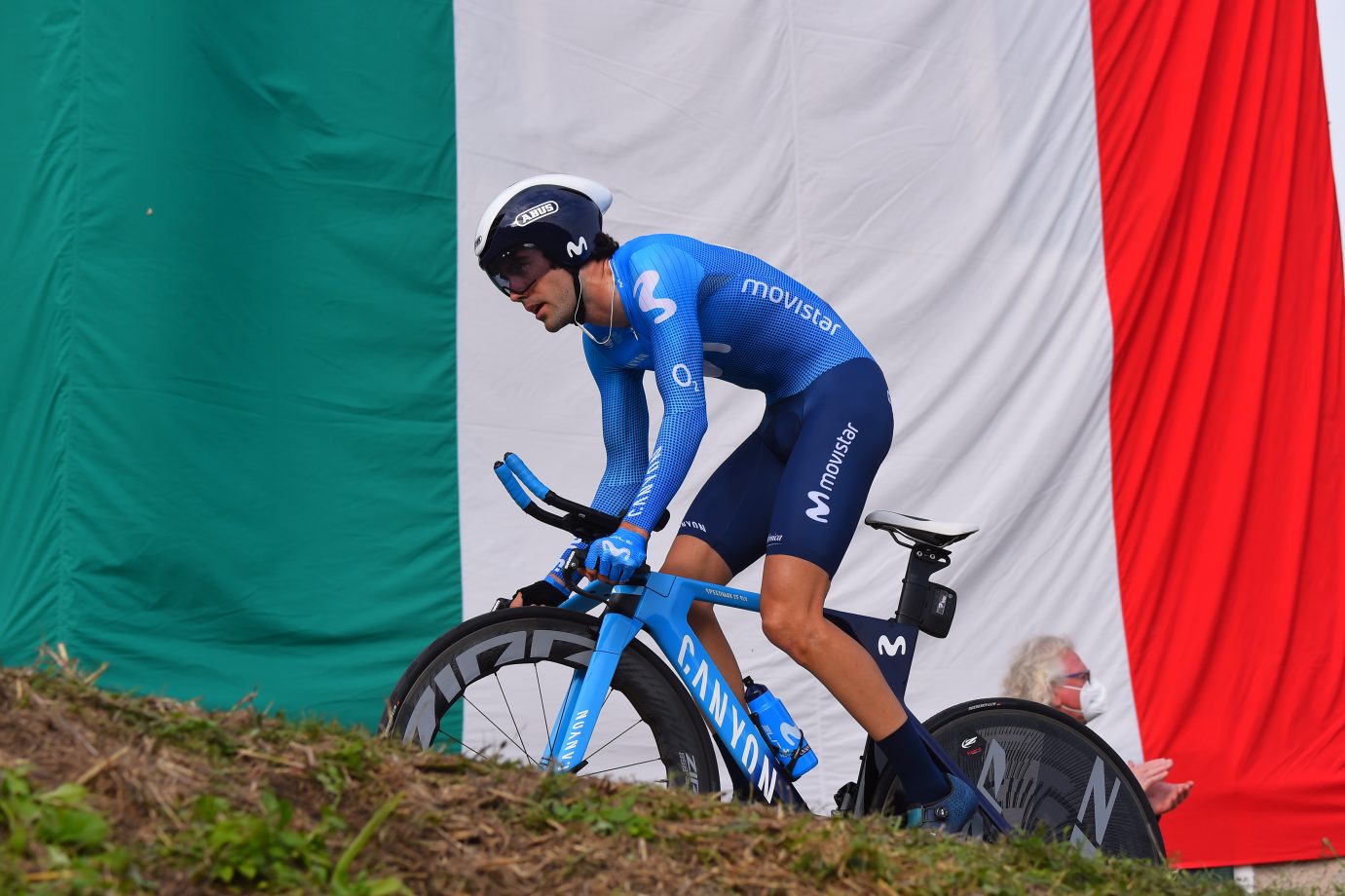 The 2020 Giro d’Italia was starting its decisive stages on Saturday, with day 14 marking a huge test at the 34km ITT between Conegliano and Valdobbiadene, the land of Prosecco wines. It wasn’t a completely suited course for specialists, because, seven kilometers after the start, the riders had to tackle the Muro di Ca’ del Poggio (Cat-4; 1.1km at 12.3%), and in the final section, a long series of little lumps were tackled before a slightly uphill finish.

Even if the forecast in the morning talked about a significant possibility of rain during the race, roads eventually stayed dry for the riders not to contend with either bad weather or the wind they suffered during the opening TT in Palermo. Temperatures were cool but alright: 11 to 14ºC.

The Giro will head into its decisive, big mountains on Sunday, hoping that all scheduled stages can be covered and weather doesn’t ruin what’s hoped to be a brutal final week. Stage 15 will be a 185km journey between the Base Aerea Rivolto, where the Italian army’s aerobatic unit is located, and the top of Piancavallo (Cat-1; 14.5km at 7.8%), preceded by the climbs of Sella Chianzutan (Cat-2), Forcella di Monte Rest (Cat-2) and Forcella di Pala Barzana (Cat-2).