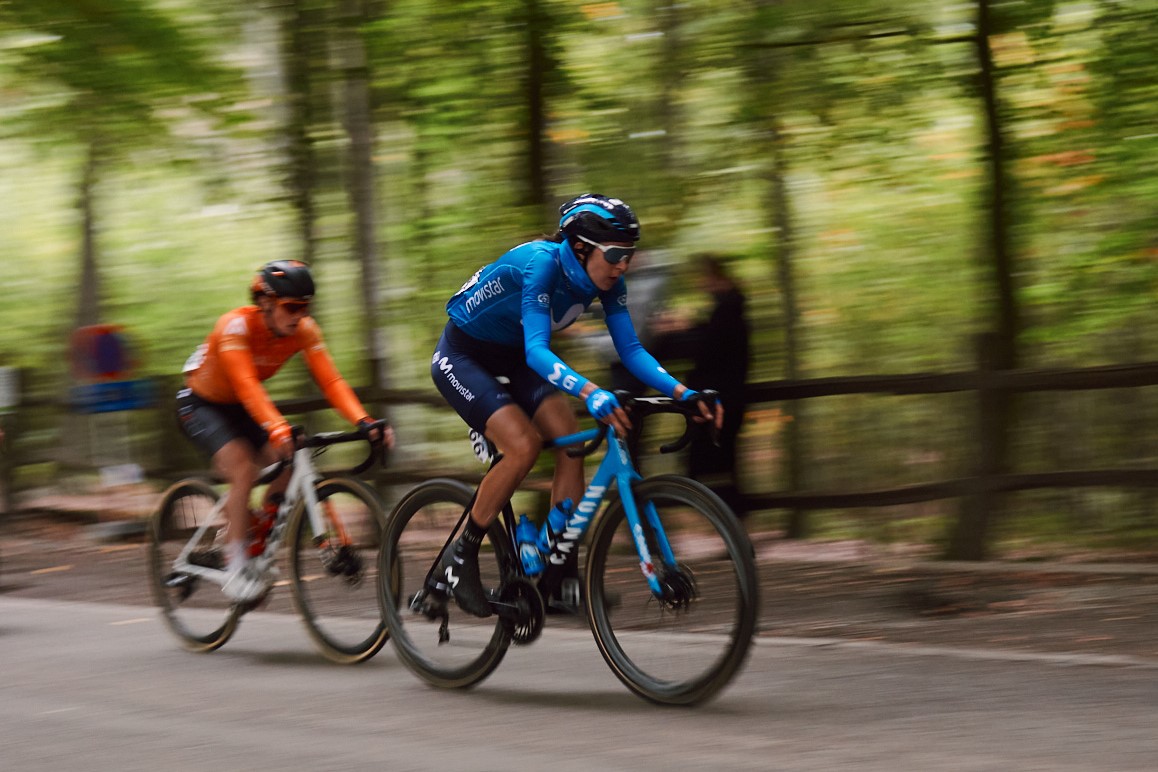 It was two for two for the Netherlands -Mathieu van der Poel (AFC), at the men’s race, and Chantal Van den Broek-Blaak (DLT), in the women’s event- at the 2020 Ronde van Vlaanderen, which took the curtain down to the big classics series in this (hopefully) unrepeatable autumn. Two races -243km for the men; 136 for the ladies- where the Movistar Team fought hard for the spotlight from the early stages, yet lacked the needed luck and strength to remain with the top contenders near the finish.

The most significant performances from the Blues came from Gloria Rodríguez, who spent more than half the race into the early break -a seven-woman group which gained more than five minutes on the bunch, to later be caught at the Taaienberg (-40km)- and Jelena Erić, who tried her way off the front of the bunch in the following section after Gloria was chased down. Sadly, both the Serbian and Aude Biannic were left out of contention at the Kruisberg (-25km), out of position and energy into a group split by the huge pace and the attacks. Aude (19th, +5’28”) and Barbara Guarischi (24th) were the Movistar Team’s top finishers.

The crashes were the day’s negative news for both teams at ‘De Ronde’, as Alba Teruel went down by crashing against another team’s carer in the feed zone -both were fortunately OK- and Iñigo Elosegui suffered two separate incidents which caused him a deep blow to his right-hand side. The Basque had previously tried, together with Lluís Mas and Juan Diego Alba, to enter the morning break. Edu Prades was the top Blue finisher –despite significant digestive problems-, after Johan Jacobs was dropped before the second Kwaremont climb.