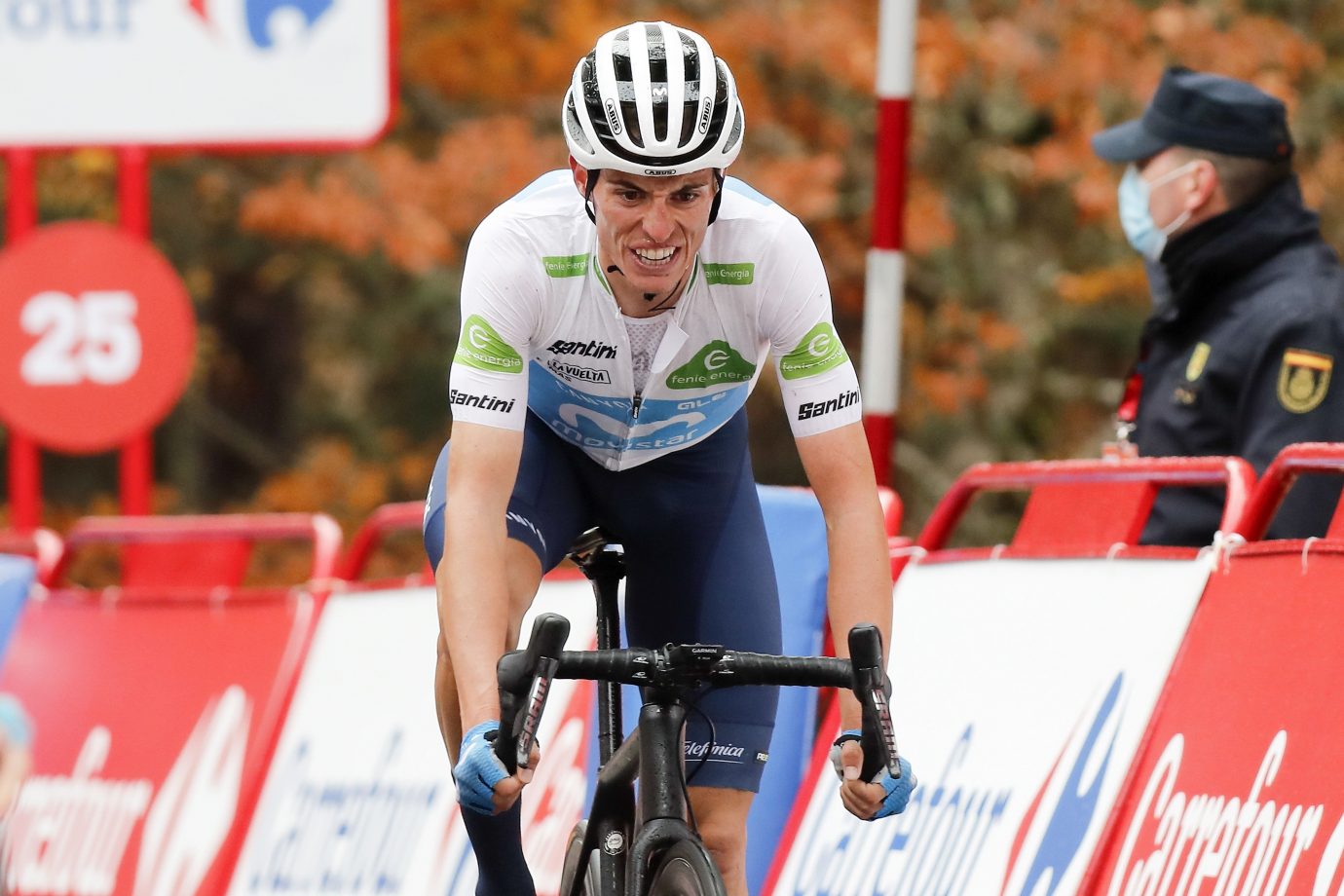 Despite losing a handful of seconds against top GC contenders, Spaniard from Movistar Team climbs up to 4th overall, 32″ behind Roglic (TJV). Soler -now 9th, despite a late bike change-, Valverde (11th) still in contention.

The 2020 La Vuelta leaves Navarra and heads into the region of Castilla y León, which will visit at all three weeks of the race. Thursday’s stage three route went through the Soria province, over 166km starting in Lodosa and heading towards a mountain-top finish never used in the race: Laguna Negra de Vinuesa (Cat-1), over 8.6km at 5.8%. There would be only one categorized climb before that: the Alto de Oncala (Cat-3).

Temperatures were cooler and wind didn’t affect the peloton as much as they did on Wednesday, with 13-14ºC after the Oncala climb and southwesterly gusts of 20-35kph. Just like in the San Miguel de Aralar climb yesterday, there was a slight chance of rain in the second part of the race.

Enric Mas: “I’ve felt really well, though I missed a little bit of punch at the end. It wasn’t a climb that really suited me, it was more of a steady ascent that got harder because of the pace we were riding at. I think there will be many climbs better for my characteristics in the upcoming weeks. I’ve also lacked that explosivity, that final spark I usually take a bit longer to find after the first week of Grand Tours. All in all, I’m happy with the result; it was a fast climb, with plenty of attacks into the last kilometers, and I was able to react well, so I feel OK about today.

“It was sad to see Marc suffering that puncture just before the climb – he was so unlucky. I think other riders, such as Chaves, suffered those mechanicals during the climb, so it’s just things which can happen. Let’s cross fingers none of us in the team come across those problems again during the race. Tomorrow? Yes, we know it will be a stage where the crosswinds could play a factor, though we don’t have the exact forecast now. There’s some teams in the peloton who do well at such stages, so we must race fully focused tomorrow.”

After three mountainous stages, La Vuelta will enjoy a first chance for the sprinters on Friday – or maybe not. The factor most feared by the riders in the 192km route from Garray to Ejea de los Caballeros, almost entirely on Aragón roads, will be the crosswinds. It has recently become a feature of La Vuelta, torn into several echelons at this or that stage – will it happen again tomorrow?