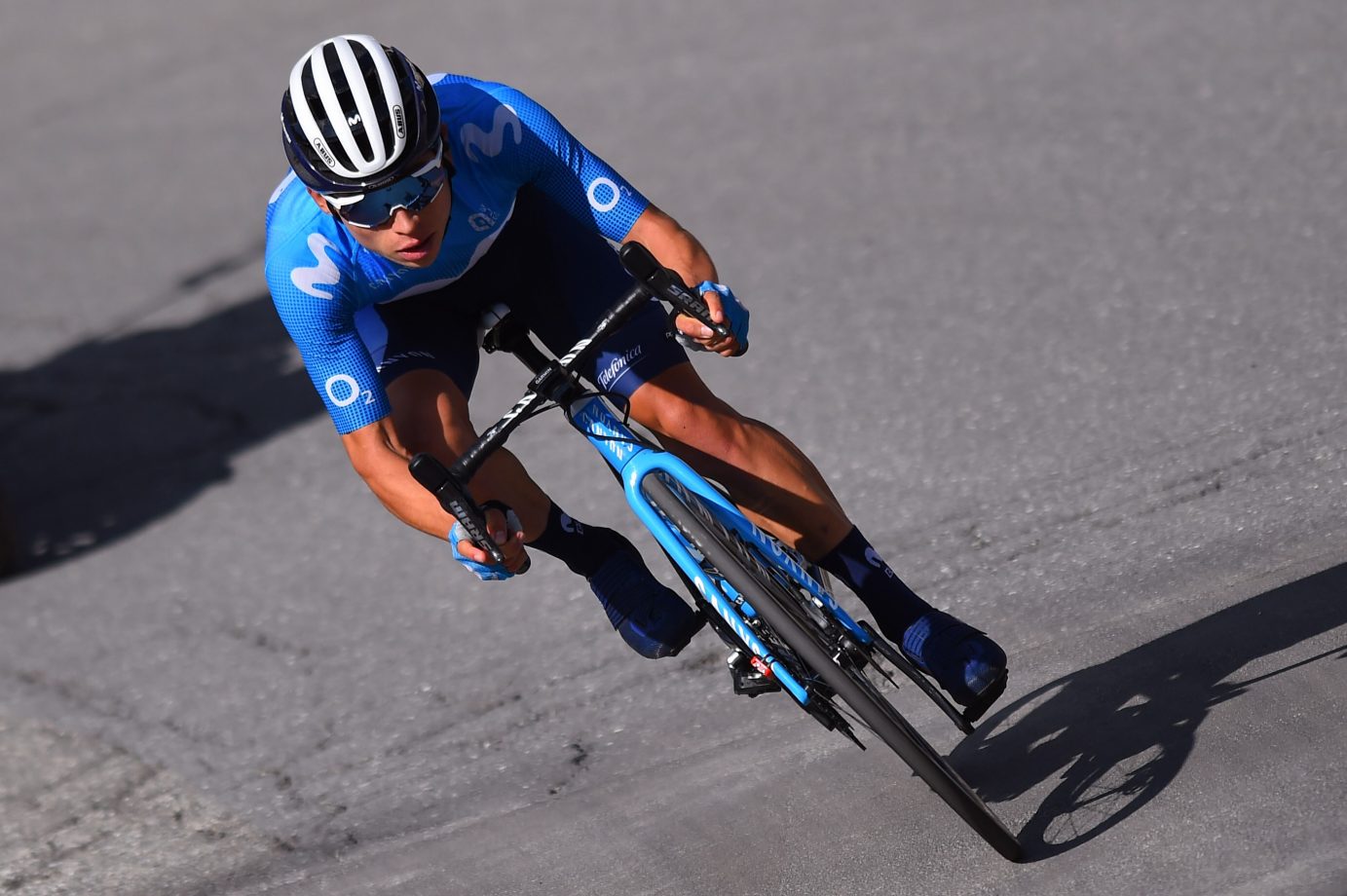 Young Colombian keeps Blues dreaming until very end of grueling Sestriere mountain stage, as Hindley (SUN) and Geoghegan Hart (IGD) tie in the GC standings with one day to go.

A course which could have well be legendary, yet due to circumstances alien to sporting and weather affairs, most of its epic ingredients were removed from the original route on Wednesday. It was still a very demanding stage, though, with 3,500 meters of elevation gain and 190km between Alba and Sestriere, a ski station that would see the race climbing to its roads three times (two Cat-1 ascents + one Cat-2 climb).

A magnificent day considering the time of the year we’re at. Blue skies, just a breeze of wind and generous temperatures, with 15ºC at the ‘fondo valle’ and 7ºC at the top of Sestriere. It’s just awful the current circumstances haven’t allowed us climbing Agnello and Izoard…

Einer Rubio: “We did everything we could at this final chance. I wanted to go into the break and launch an attack from afar after joining that move, because we knew it was always going to be hard to contest the stage in a day where the GC riders would surely go all-out. I accomplished both goal, yet it wasn’t enough for me. There will surely be many opportunities in the future; we just have to prepare ourselves better for the next ones and profit from the knowledge and confidence we’ve gained over the last few weeks.

“I’m really happy with my debut in a Grand Tour and here in the Giro d’Italia. I learned lots of things that I’ll take with me in the upcoming years. As I said, now the experience and how we prepare for the next Grand Tours are the things I have to improve and hopefully bring with me to go for big goals at these races. This is another whole level: the best riders in the world, the hardest pace, it’s never easy to go on the breakaway – nothing is easy here. You need the talent, the skills, the intelligence, and work hard to acquire most of those.

“Now it’s all down to tomorrow’s TT, recovering a bit, enjoying the end of the season, tackling the preparations for next year with commitment and starting 2021 with excitement about what’s to come.”

The second Grand Tour of 2020 will take its curtains down on Sunday -already with winter time, a circumstance never seen at three-week stageraces- in Milan, where the riders will tackle a 15.7km ITT, completely flat, for specialists, to finish the 103rd edition of the Giro.