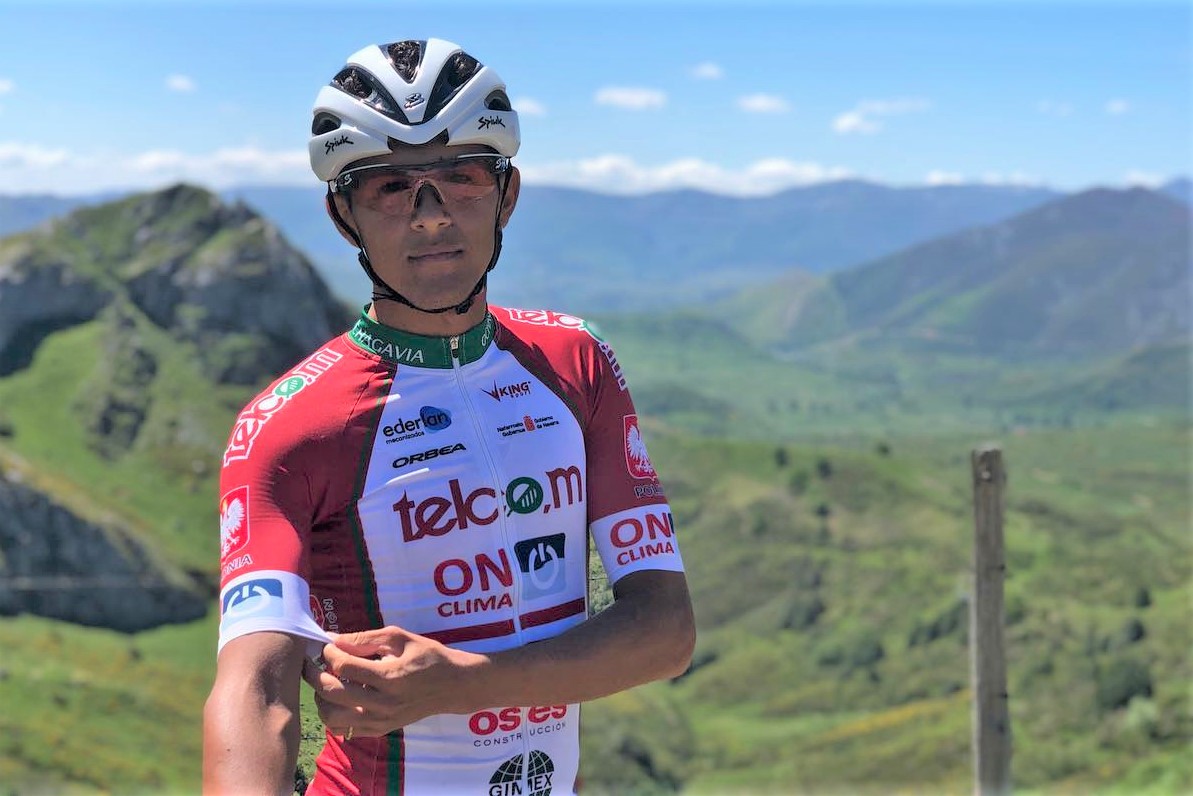 20-year-old allrounder from Puerto Rico, a big protagonist in the Spanish amateur scene in 2020, to offer Telefónica-backed squad his courageous riding.

The Movistar Team confirmed Wednesday that Abner González (Moca, Puerto Rico; 2000), an amateur rider currently part of the Spanish squad Telco,m – On Clima – Osés, will become a neo-pro with the Telefónica-sponsored outfit in 2021, having signed a three-year contract (through the end of 2023).

A member of the Spanish peloton since becoming a junior with the Bathco team, with whom he won a stage and climbed onto the podium of the Vuelta al Besaya -the most prestigious Spanish race for U19 riders- in his first year in the category (2017), González came back to our country in 2020 after a short return to America last year, racing for the SoCal Cycling and Inteja squads and becoming the national elite road race champion, a title he still holds.

A breakthrough second half of the season after the pandemic stop has seen him completing many displays of strength in the best races of the amateur scene. He conquered the Torredonjimeno round of the Spanish Road Series, after a 40+km attack alongside team-mate Reuben Thompson -also a pro in 2021-; won the mountain ITT of the Vuelta a Alicante; and came 3rd at the biggest race of the elite-U23 calendar in Spain, the Memorial Valenciaga, after an impressive performance on his way to the Arrate summit.

González’s results are only a glimpse of the Puerto Rican’s talent, a great allrounder, with no fear to attack and lots of potential still to be discovered. Abner’s signing is the third for the men’s Movistar Team heading into 2021, after the confirmed additions of Iván García Cortina and Gregor Mühlberger.

Abner González: “It’s a dream come true. I can’t still believe I will be finishing such a difficult season in a way like this. I’m so grateful to both the Movistar Team, for the chance they’re giving me, and everyone who has supported me throughout my entire career up to this moment. It makes me so proud to know that I will be the first Puerto Rican rider to become a pro in cycling’s top tier. I hope to learn a lot from thie team in the upcoming years and hopefully become an important rider for both the team and in the peloton in the future.”

Eusebio Unzué: “We’ve had the chance to know Abner’s talents better this year, with his excellent performances in the Spanish amateur calendar. He’s proven to be a great allrounder, who does well in the most demanding races -as we saw in Torredonjimeno, with that long break, and his Valenciaga effort, so close to the win- and also performs strong in other terrains. With such young age, we feel like he’s got really great potential to succeed in Europe. It’s another gamble on our our future after so many signings in that direction in the last few years”.