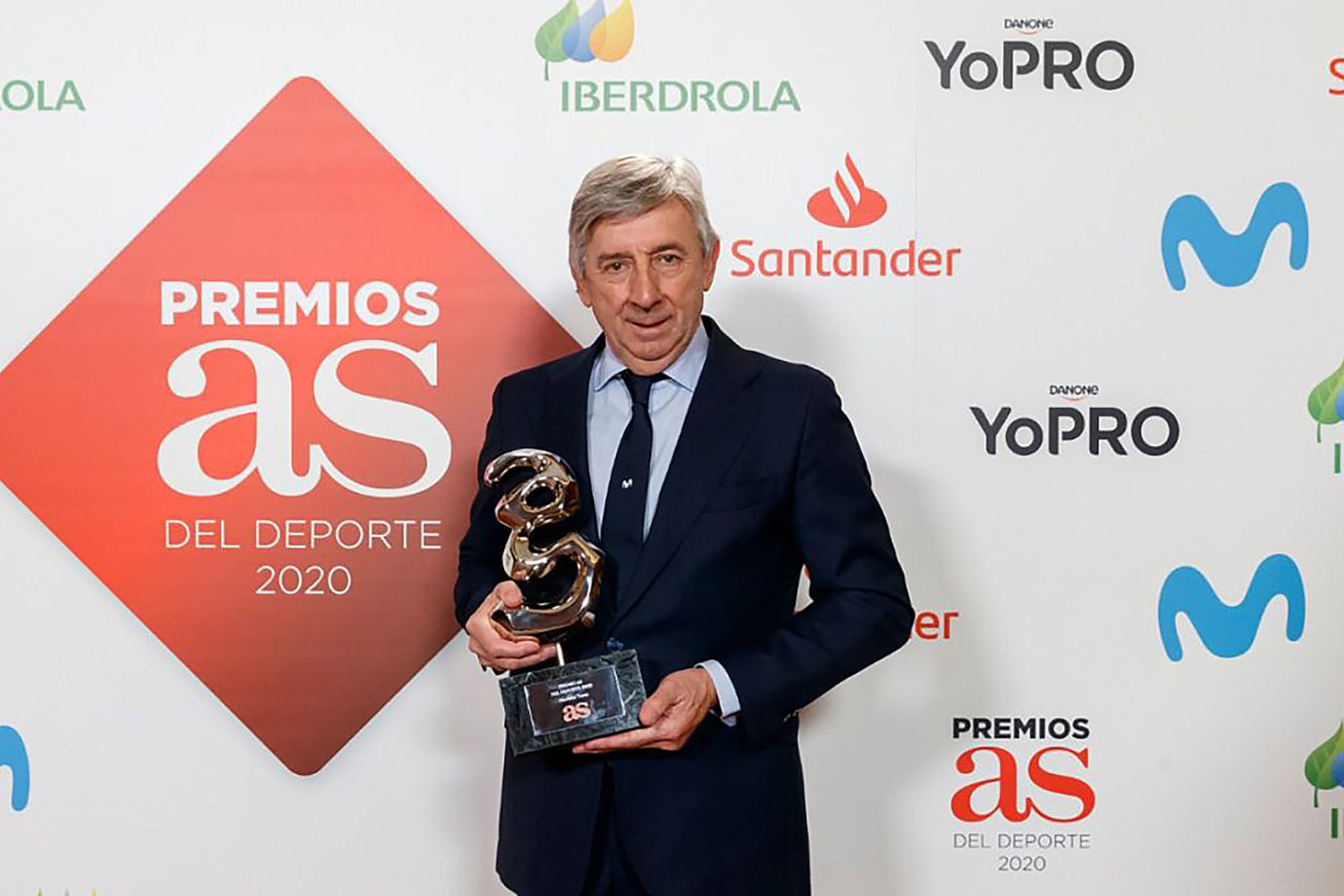 After such a difficult season, due to multiple circumstances, it was certainly heartwarming for the whole Movistar Team to see its work recognised in Madrid on Thursday as they received the ‘Team Spirit’ Award at the 2020 Diario AS Annual Gala, a ceremony held at the majestic Teatro Real.

Eusebio Unzué and Pablo Lastras received the prize during a gala held under strict health security measures, as part of a list of winners including top names from Spain’s history in sports, including Rafa Nadal, Iker Casillas, La Vuelta, Carlos Sainz or Joan Mir.

“I’d like to share this prize with the rest of the cycling work, especially race organisers, since thanks to their work and discipline following the protocols, we’ve been able to carry on with our season until the very end, despite all difficulties,” said Unzué.