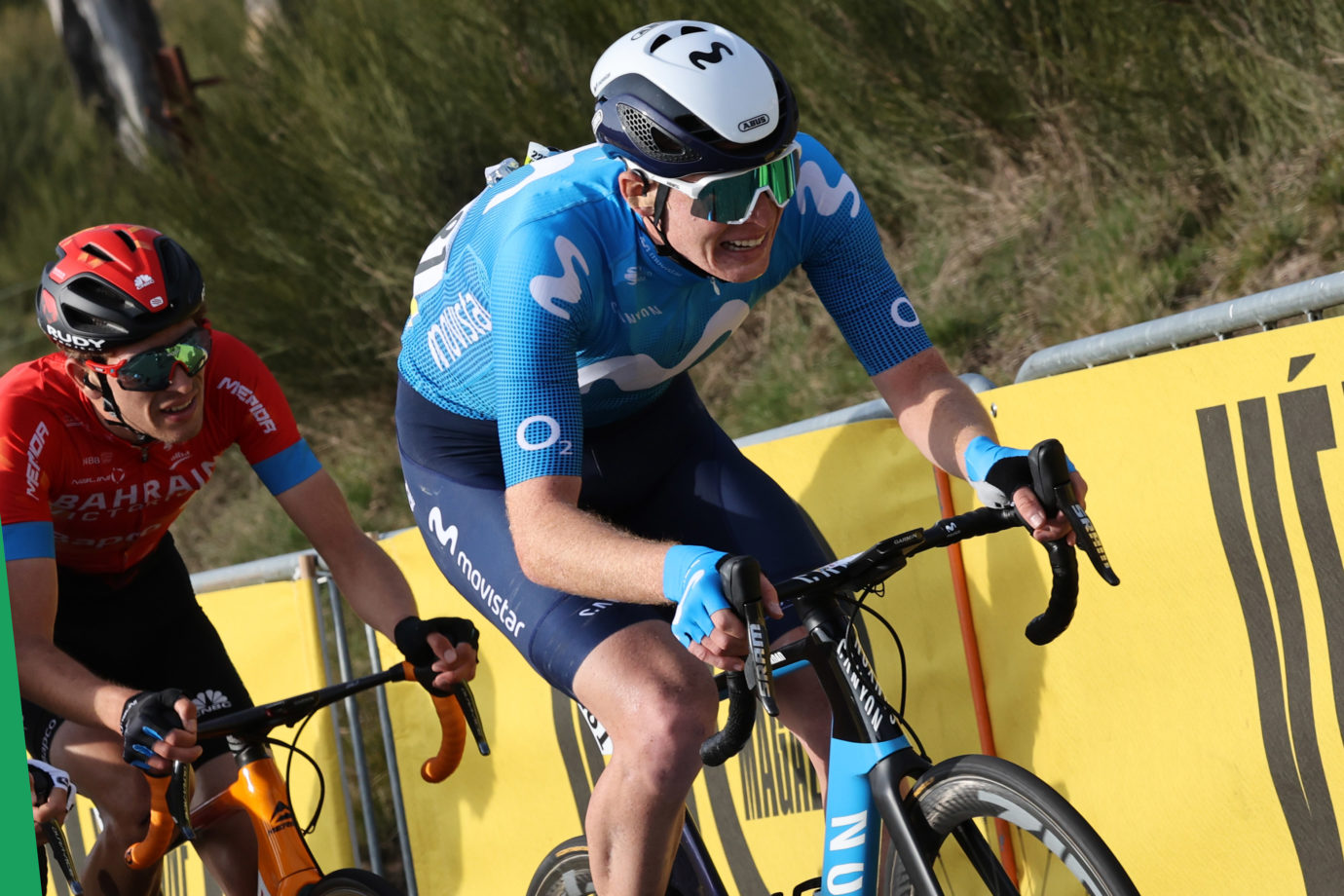 Young American from Movistar Team takes 16th in Chiroubles, does his best to stay within a minute of race leader Roglic (TJV) to now sit in GC top-ten at a big WorldTour stagerace for the very first.

It was a fine day for the Movistar Team on the first mountain stage of the 2021 Paris-Nice, on roads of Rhône-Alpes taking the riders over 187km with seven categorized climbs and a hill-top finish at Chiroubles (Cat-1). The Blues reached the summit after leading most of the stage with one of its most renowned veterans: José Joaquín Rojas.

The Spanish allrounder went to the front from the bang into a six-man escape which stayed together, and ahead of the field, until the Mont Brouilly (Cat-2), 15km before the end. Behind him, Matteo Jorgenson, well protected by his team-mates -including some nice leadout by Jorge Arcas heading into the last ascent-, rode intelligently, patiently following his pace into the steepest slopes and using the gentler sections to progress and stay with the GC contenders until the very end.

Primoz Roglic (TJV) took the day’s victory with a strong attack into the last 3km, which allowed him reaching the line with a dozen seconds over his main rivals. Just behind that pursuit group, 24″ down, Jorgenson limited losses and profited from his nice TT on Tuesday to jump onto 6th overall, less than a minute behind the Slovenian. Thursday will bring the sprinters back into contention, with a less hilly route covering 200km between Vienne and Bollène.