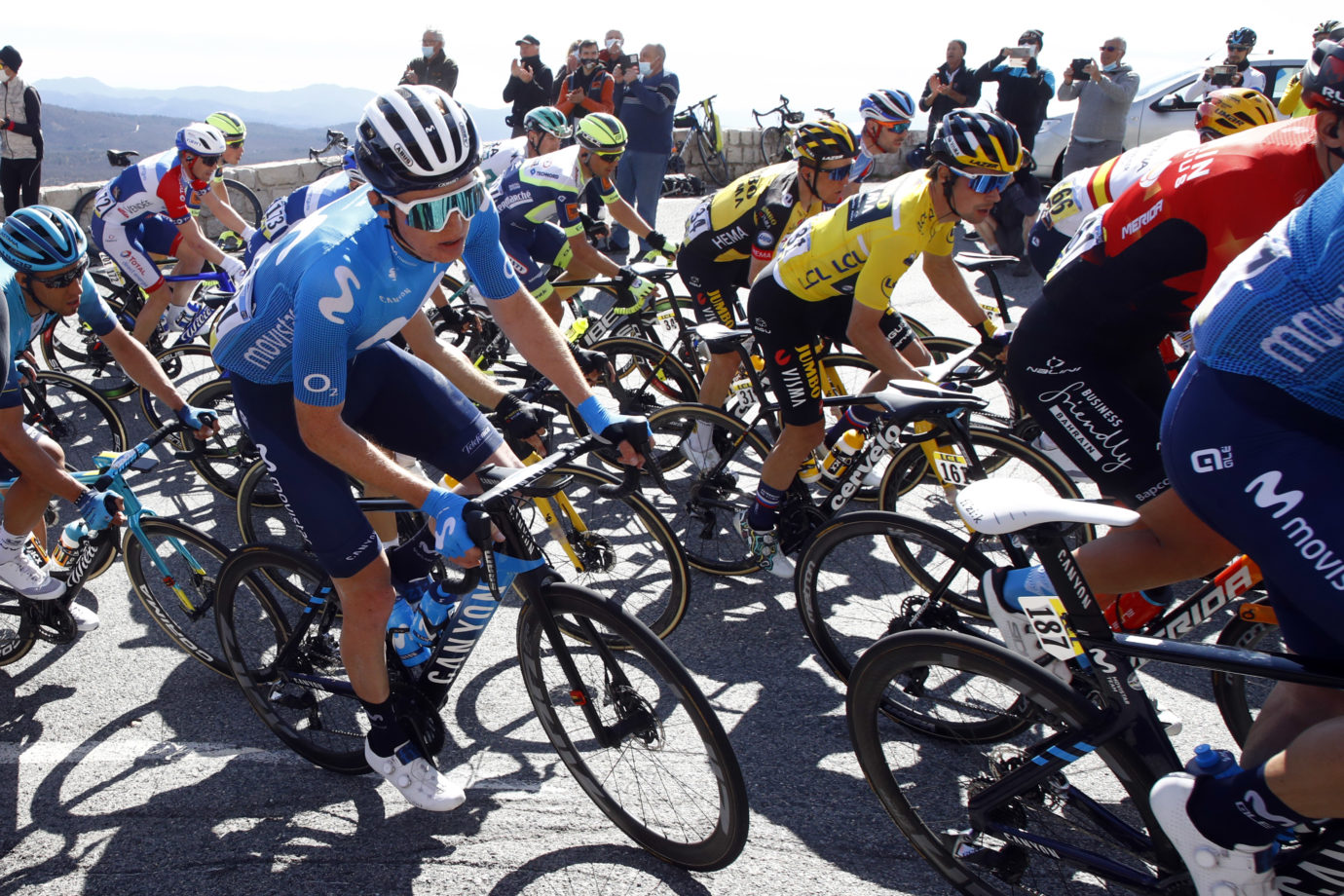 American one place up after fellow countryman McNulty (UAD) crashes out, finishes with no lost time at Biot’s uphill arrival as Roglic (TJV) dominates again.

A glatt breakaway -with Kenny Elissonde (TFS) and a late move from Jonas Rutsch (EFN) staying away until the very last slope-, an unbreakable race leader in Primoz Roglic (TJV) -who won today’s sprint against uphill specialists Laporte (COF) and Matthews (BEX)- and an ever-improving Matteo Jorgenson, already fifth overall in the 2021 Paris-Nice before the last two stages next to the Côte d’Azur.

Well supported by the likes of Arcas, Rojas and Erviti into a long (202km), fast-paced stage behind the four-man escape -which also featured Lutsenko (AST), Campenaerts (TQA) and Perez (COF)-, Jorgenson got himself one place up (now 1’08” behind the yellow jersey) as his fellow countryman Brandon McNulty (UAD) crashed out. The Idahoan is now the second besy young rider, after Vlasov (APT), before the most challenging stage for him atop Valdeblore La Colmiane (Cat-1; 16.3km, 6.3%).

Saturday’s climb will be part of an ‘express’ last weekend, after the routes for the last two stages were modified due to the mayor of Nice forbidding the race from entering the city. Less than 120km will be covered on Saturday and barely 92km on Sunday, with a three-lap final circuit around Levens and the climbs of the Côte de Duranus (Cat-2).