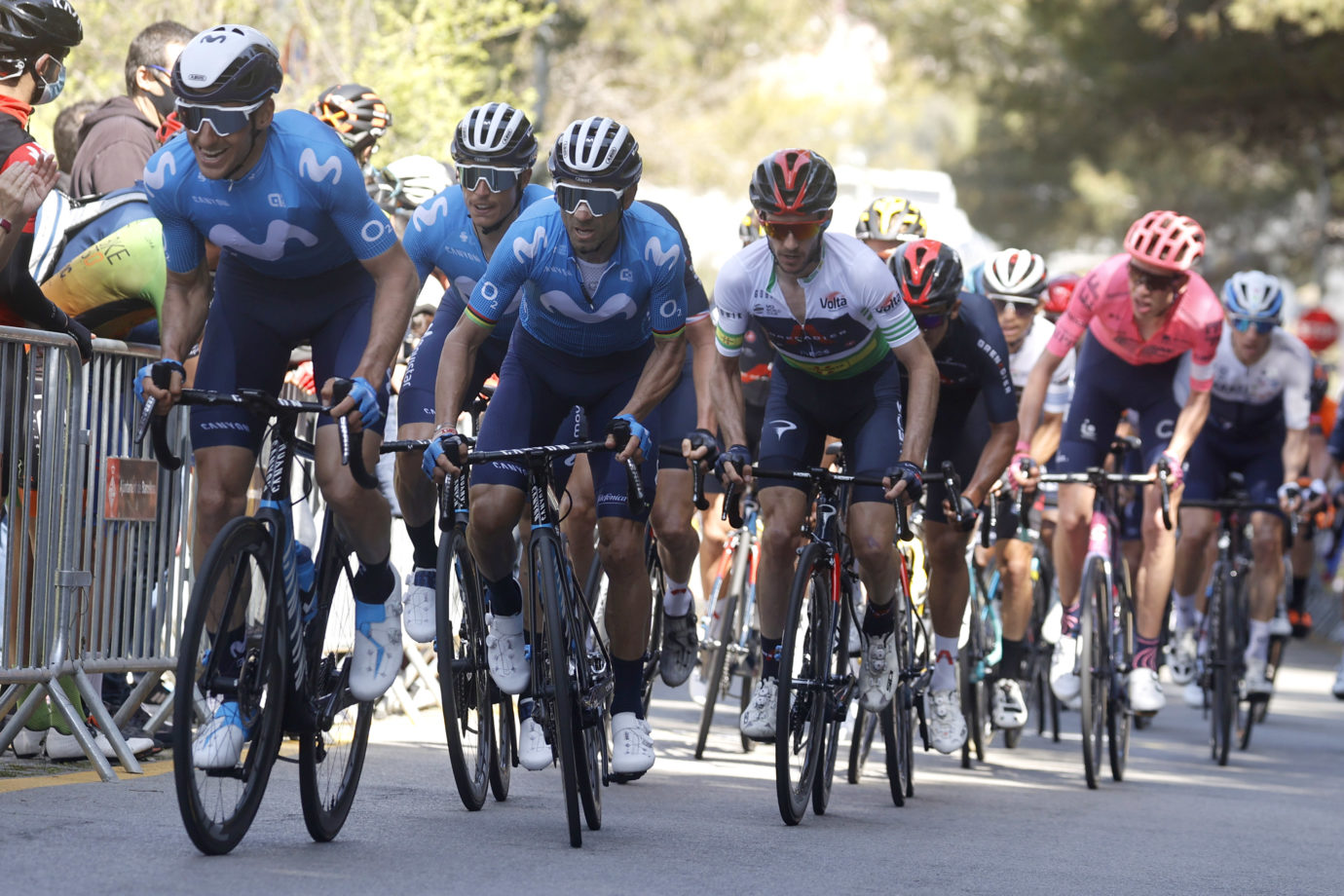 The Movistar Team didn’t want to leave the 100th Volta a Catalunya without helping out once again its big symbol, Alejandro Valverde, to get onto the podium of such a special edition in Montjuïc. And they worked with big commitment, from all seven Telefónica-backed riders, at the final 133km route around Barcelona, where Thomas de Gendt (LTS) took the stage win and Adam Yates (IGD) confirmed his overall success.

The Blue outfit had previously got three of its men into the winning, 32-rider break. Dario Cataldo, Sergio Samitier and Marc Soler all ended up, together with Verona, Pedrero or even Enric Mas, pushing hard at the GC group to help the final attack from Valverde, which wasn’t enough to open a significant gap. The Movistar Team’s insistent pace at the Castell split several times a main group which came back together before the finish, with Valverde taking 5th today and 4th overall.

Alejandro, a three-time overall winner of the Volta, thus finished behind an INEOS 1-2-3 from Yates, Thomas and Porte. Three top Grand Tour contenders whose level is still matched by Valverde as he gets within a month of turning 41.

“I leave super happy with how things went in the Volta. I think we did a really nice race – the whole team fought hard until the last finish line. I feel like we’ve een the only ones doing anything to turn the tables today. We had three super strong riders and a team like INEOS ahead of us, yet we still attempted to split the race and isolate them. The break was let go too far and we weren’t able to seek for that final bonus, but even if things looked hard for us, we didn’t really stop fighting until the finish and we weren’t far from our goal, either.

“I was already feeling great before the start of the Volta, quite better than at UAE and the previous events. I had really taken care of myself, even lost some weight, and was really motivated to do well, so this result is only massive confidence for me. My next races will be the GP Indurain next Saturday, then the Itzulia. Hopefully I can do well there, too.”