López (2nd) goes on the attack at Ruta del Sol 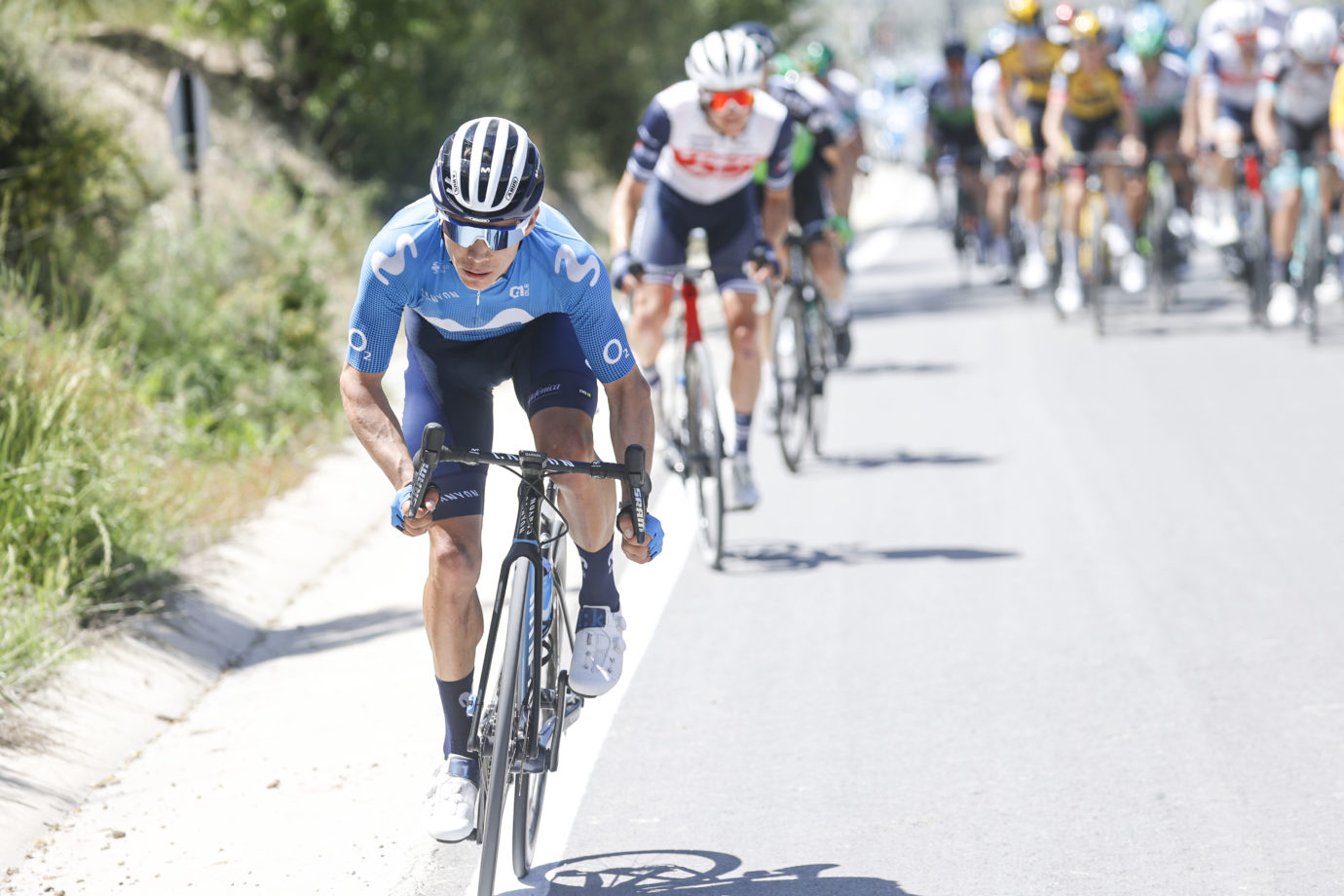 ‘Superman’ shows great signs of form at final climb of Hortichuela (Cat-2) as only new GC leader Hayter (IGD) bests him on cobblestones of Alcalá la Real; Gonzalo Serrano (11th today) now half a minute behind.

Briton Ethan Hayter (IGD) took the win on Wednesday’s brutal finish, over cobblestones and demanding ramps, at the Fortaleza de la Mota in Alcalá la Real, end of stage two of the 2021 Vuelta a Andalucía, as Gonzalo Serrano (Movistar Team) conceded his yellow jersey following Tuesday’s brillian stage one win. The Madrilian gave the baton, however, to a great Miguel Ángel López, who starts to show greats signs – just like he did at last week’s Challenge Mallorca – and took a nice 2nd place over the line (+8″).

The Boyacá native made a strong move into the favourites’ group -always led by his Movistar Team-mates up to that point- over the penultimate climb, La Hortichuela (Cat-2), splitting a peloton which Serrano made it back to right at the foot of the last climb. The Spaniard was 11th, just under half a minute back, and sits now in seventh overall. The GC will continue to be defined on Thursday, with six rated ascents and yet another uphill finish in Villarrodrigo, end of the Queen stage in this year’s Ruta del Sol.

“We’re happy with today’s result. The team really worked well towards the finale. Our idea was to try and keep the GC lead with Serrano, since he was facing a finish similar to yesterday’s, while also trying to get myself close to the top there. The legs felt good, and we didn’t come too far from Hayter. We’ve got to be calm and happy with this, because it’s been so long for me outside the races – this is only my ninth day of competition after nearly eight months with no racing, following a long stop with covid and my injury. This is the good path – there’s some tough stages still coming up in Andalusia, hopefully we can continue progressing.”