A new era beckons for the Movistar eTeam 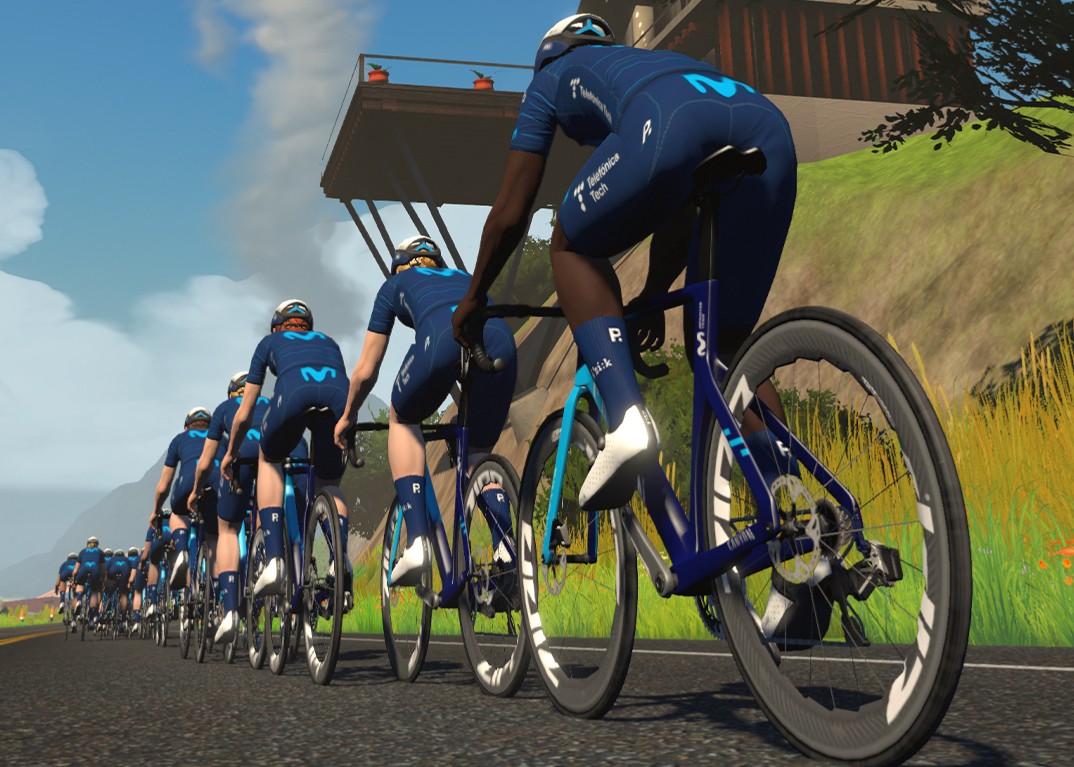 Blues admitted as one of only 12 men’s / women’s squads in the brandnew Zwift Grand Prix, starting next week; Spanish outfit agrees to partnership with Team Swedish Zwifters as 10 of their members will join the squad for the new event.

Telefónica and the Abarca Sports organisation continue their involvement with the esports / virtual branch of cycling as the Movistar eTeam enters its third season of racing.

Starting Friday 23rd September, the Blues will be one of the squads competing at the highest-tier division of Zwift racing, the new Zwift Grand Prix, consisting of six rounds + finals that will extend all the way through March. Other competitive meetings will complete the Spanish squad’s ‘diet’ for the upcoming autumn and winter.

Members of the Movistar eTeam -which, to underline the Abarca Sports organisation’s commitment to its future, are seeing its social media channels merged with the road team’s, all content now shared across the @movistar_team handles on Twitter and Instagram– will also participate in IRL events with the Movistar Team’s colours, starting with gravel events Hutchinson Ranxo and Canyon Pirinexus Challenge in Spain this very month. Updates will be offered on social media for this.

The Movistar eTeam would also like to take advantage of this announcement to confirm that Beth Maciver and Becky Storrie, founding members of the squad back in March 2021, have decided to put an end to collaboration with the Blues to pursue future opportunities in the professional road peloton. We wish them all the best of luck, thank them for their incredible contribution to this project and hope to find them back competing against our road team soon.