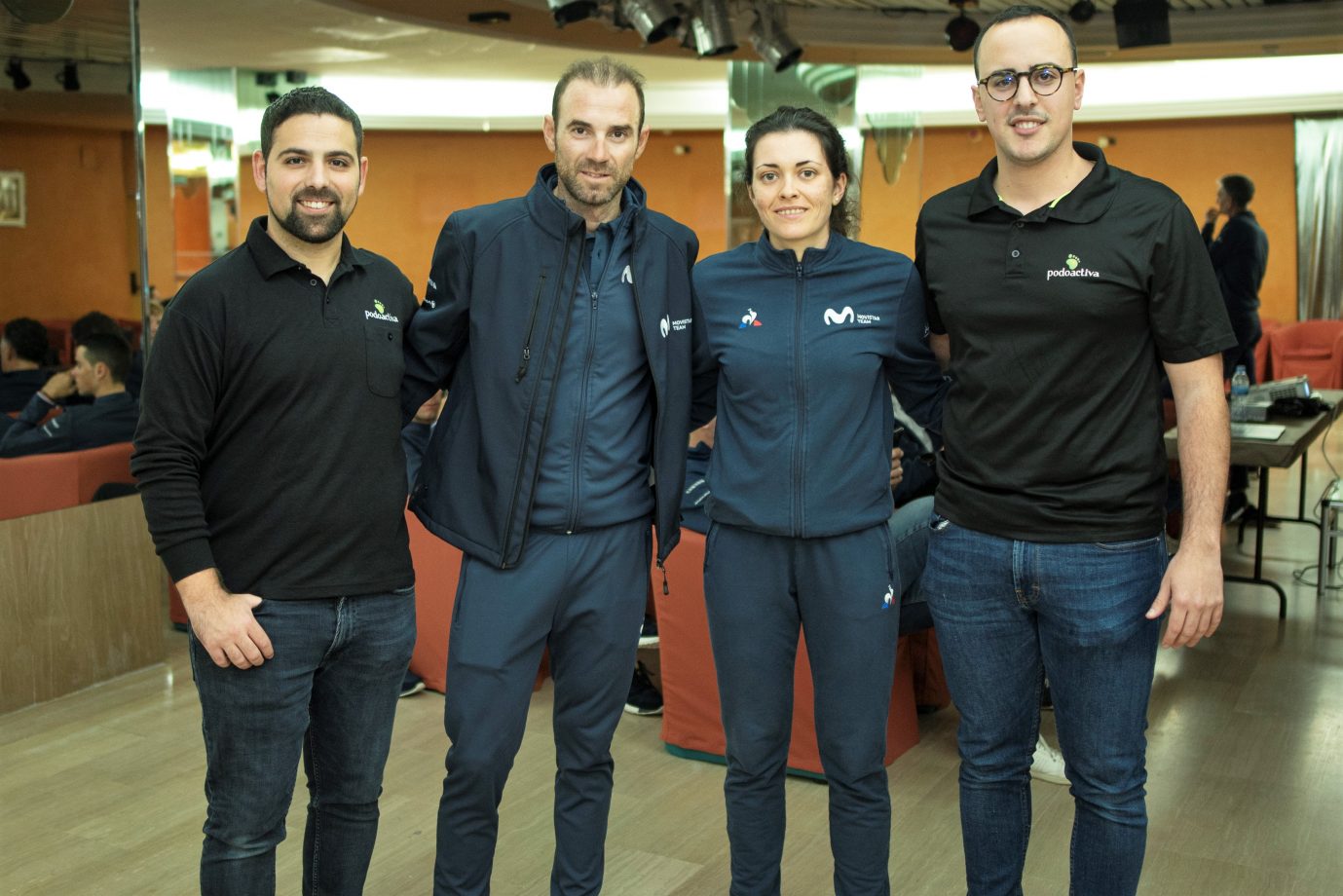 Spanish leader in design and manufacturing of custom insoles becomes Telefónica-backed squad’s partner for podology as of the 2020 season.

Podoactiva will race with the Movistar Team this season. The Spanish brand, a leading firm in podology and biomechanics in the country, has become the latest addition to the Blue squad’s list of partners, having signed a sponsorship agreement which starts in the upcoming 2020 season.

The agreement reinforces Podoactiva’s importance in cycling, having already enjoyed great experiences working with legends of the sport like Miguel Indurain, Alberto Contador or Joaquim Rodriguez, who have underlined the importance of the company’s work with custom insoles for top athletes. The Huesca-based brand is now taking a further step forward as they join the Movistar Team, one of the best pro teams in the world. The new partnership will allow all Blue riders enjoying custom insoles with the patented, innovative Podoactiva technology, as well as all treatments and podology services they might require during the season.

Podoactiva’s CEO, Víctor Alfaro, expressed himself “really satisfied” with the agreement: “We’re so happy to be joining the Movistar Team, a leading team which we hope to help achieve even better success with our technology and services.“

In turn, Eusebio Unzué, general manager of the Movistar Team, underlined the quality of Podoactiva’s work and their long trajectory in sports: “It helps us continue to follow that path of innovation which allows our riders optimizing their performance and preventing any injuries from happening, thanks to more information and exclusive treatments.”

The agreement sees Podoactiva carrying on its quest to always ensure technological excellence at the service of elite sportspeople, the Movistar Team being the only Spanish squad in the UCI WorldTour for the 2020 season which starts next week. Other than cycling, the Spanish firm is present in other sports like football, basketball, volleyball, handball and futsal, working with an extensive list of athletes and teams of the highest level.