Back to calmness in Argentina before crucial ITT 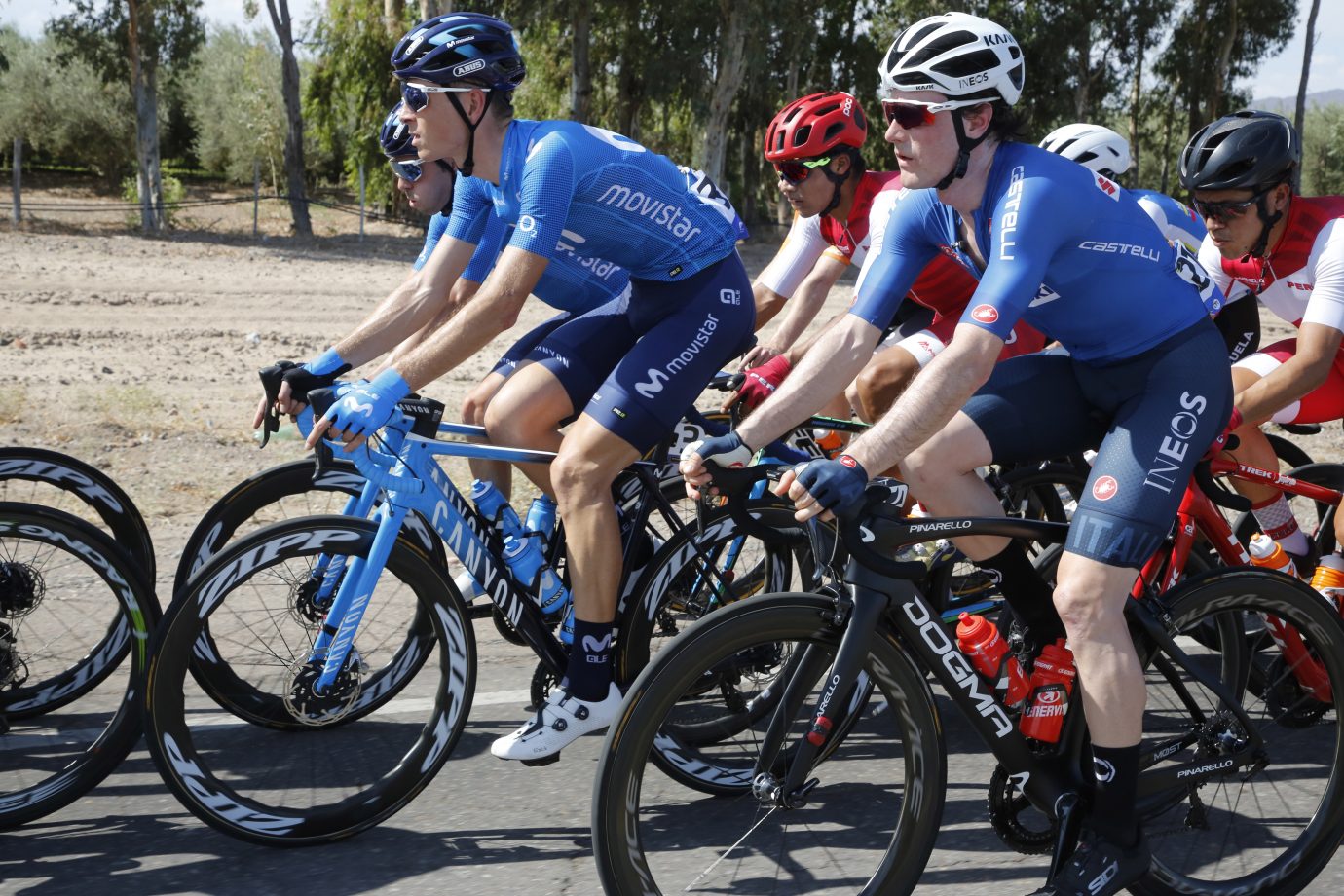 Gaviria (UAD) wins in Pocito after a sprint finish quite easier than Sunday's, with all six Movistar Team riders safe in the bunch before Tuesday's 15km time trial towards Punta Negra.

In quite the change from the nervous finish and the crashes of Sunday’s opener -which held up Eduardo Sepúlveda near the ‘safety zone’ of the final 3km, fortunately without any other injuries than his Canyon bike’s-, the Movistar Team enjoyed an easier stage two in the 2020 Vuelta a San Juan, suffering no real setbacks.

The flattest course of the week, 168.5km around Pocito with just 300m of elevation gain, followed the usual race script of a break, a chase and a sprint, allowing no chances for the attackers. Only some stress was visible as the sprinters’ trains faced the long final straight.

Fernando Gaviria (UAD) took the day’s honours as all six Movistar Team riders finished together, well organised –Sebastián Mora (18th) even enjoyed a leadout from Iñigo Elosegui and Johan Jacobs- and tucked into a main peloton that will tackle the first of two big tests in the race this Tuesday.

A 15km individual time trial will link Ullum and the Punta Negra dam, a course mostly flat before the tough slopes (1,200 meters at 9%) of the mountain reservoir start with three kilometers remaining.