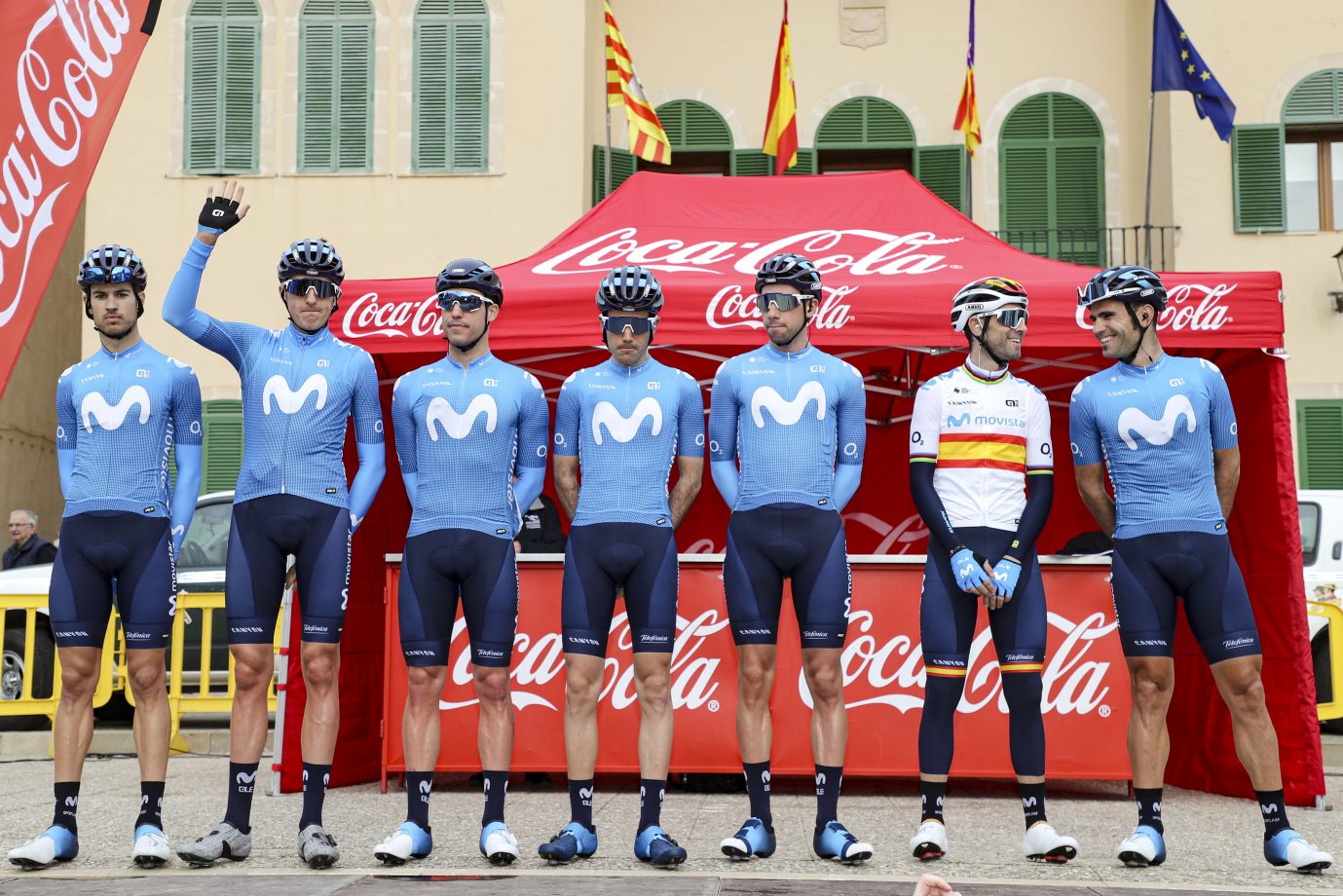 It was a resounding victory for Italian Matteo Moschetti (TFS) -ahead of Pascal Ackermann (BOH, 2nd) and Jon Aberasturi (CJR, 3rd)- at the Trofeo Ses Salines – Felanitx, first round of the 2020 Challenge Mallorca (UCI 1.1 x4), over 170km which marked the first racing day for the Movistar Team on European soil this season.

The roster directed on Spanish soil by Chente García Acosta and Pablo Lastras featured two debutants in Blue colours: Albert Torres, racing at home alongside Lluís Mas -a Ses Salines native, who didn’t want to miss the race despite finishing the Tour Down Under only last Sunday-, and Davide Villella. The Telefónica-backed squad, led by Alejandro Valverde and Marc Soler, only had to regret a crash by Héctor Carretero with under 25km remaining, with no significant injuries.

The third of the Balearic riders, Enric Mas, will show up on Friday’s Trofeo Serra de Tramuntana (160.5km), over a tough profile finishing with the ‘colls’ of Femenies (Cat-2), Puigmajor (Cat-2) and Bleda (Cat-2) just before the last kick uphill in Deià. Valverde, Soler, Carretero, Rojas and Pedrero will be joining Mas at the start, together with another debutant: Dario Cataldo.