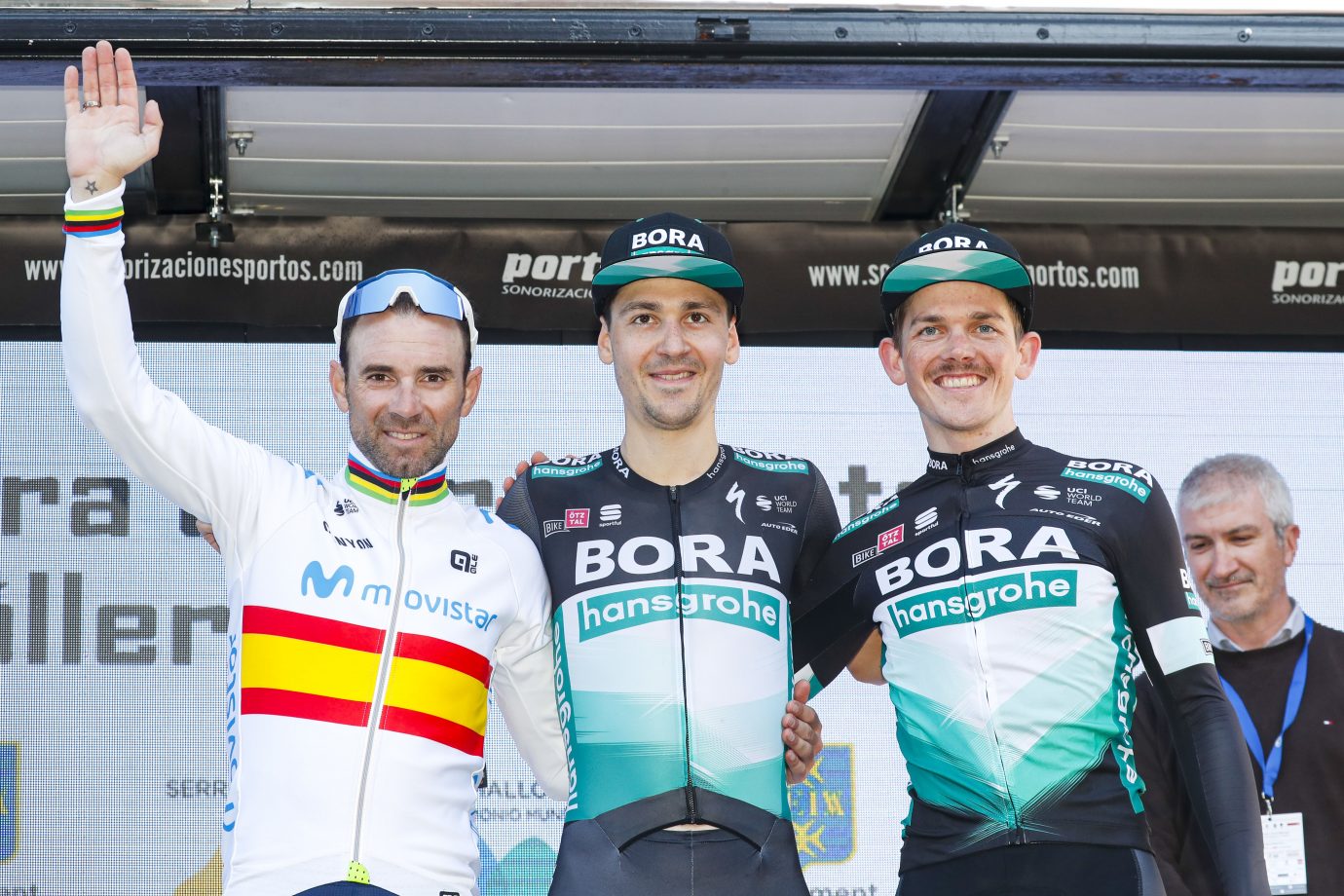 Emanuel Buchmann (BOH) only rider able to beat Spanish champion from Movistar Team at Trofeo Serra de Tramuntana, on the attack through Puigmajor alongside Soler, Enric Mas; brandnew chance on Saturday atop Andratx.

Emanuel Buchmann (BOH) took the win at the 2020 edition of the Trofeo Serra de Tramuntana, the second round of the Challenge Mallorca, over 160km from Sóller to Deià with a tough final course over the climbs of Femenies (Cat-2), Sa Batalla (NC), Puigmajor (Cat-2) and Bleda (Cat-3). The German got the better from a strong Movistar Team and finished solo ahead of a selected peloton led home by Alejandro Valverde (2nd), who claimed the Telefónica-backed squad’s first podium this year.

José Joaquín Rojas and Héctor Carretero kept under control the early, seven-man breakaway plus a subsequent attempt by Lennard Kämna (BOH) into the Femenies climb. The pacemaking by Dario Cataldo and Antonio Pedrero led to several attacks from Soler, joined by Buchmann, and Enric Mas as well as Valverde, the latter coming back to the lead with Harm Vanhoucke (LTS) in his wheel. However, Buchmann left everyone behind at the descent of the Puigmajor and ammassed a gap over 50″, which a final push from Mas through Bleda could not neutralize.

Valverde comfortably led the pursuit group’s sprint and will now focus on his second chance this weekend, Saturday’s Trofeo Pollença – Port d’Andratx (168km), featuring a demanding finish of 2km at nearly 9% average. At round three of the Challenge, Valverde will be joined by the same six team-mates from Friday, except for Davide Villella, who will be replacing Carretero.