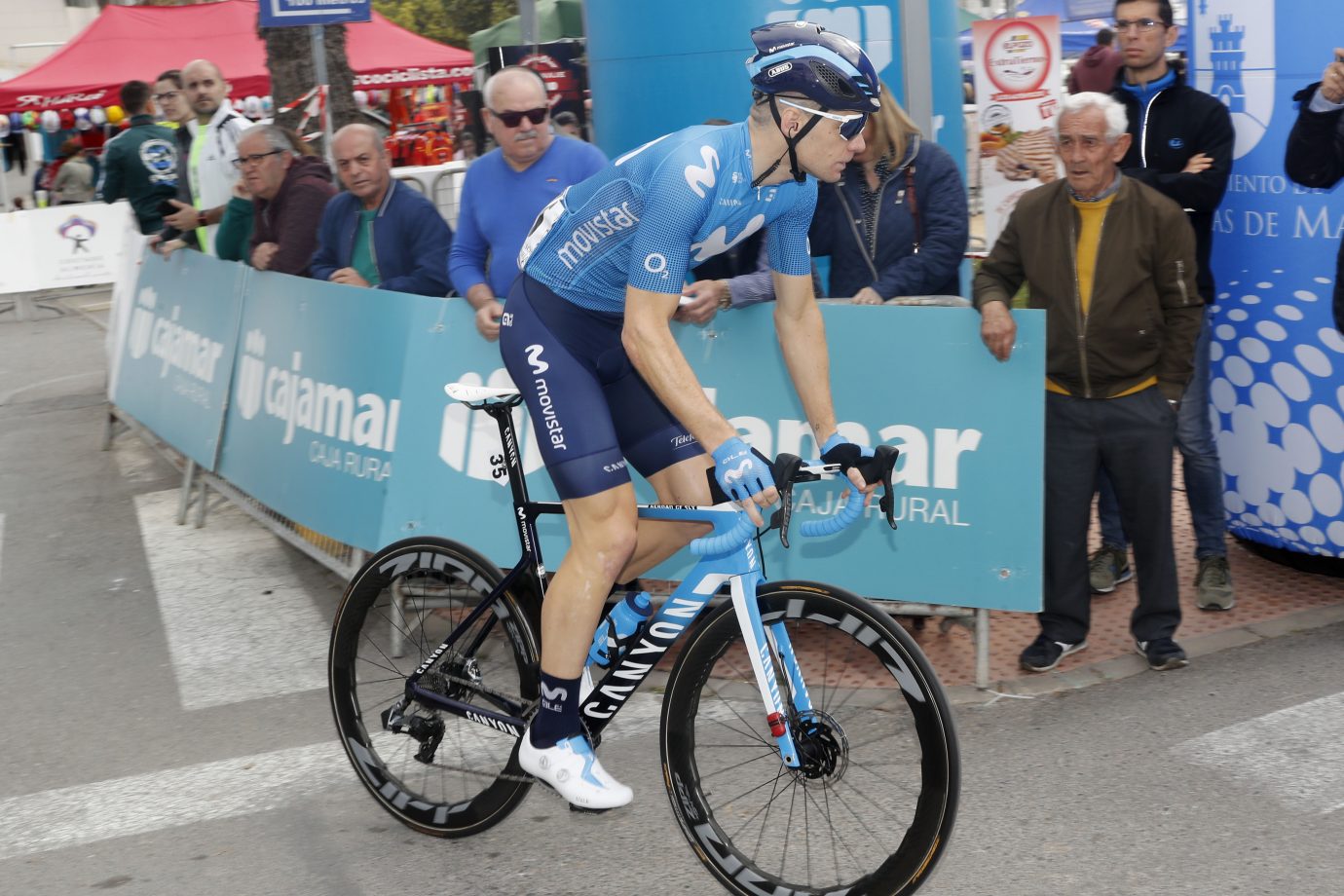 Veteran Belgian sprinter from Movistar Team fights until final meters for good result in Andalusian Clásica, won by Ackermann (BOH) for second year on a row.

For the second consecutive year, German Pascal Ackermann (BOH) claimed the victory at a top-class bunch sprint in the Clásica de Almería, held on Sunday 2020 over 187km around Roquetas de Mar. The Movistar Team had Jürgen Roelandts trying his luck for the first time this season, ending up in 12th place.

The Telefónica-backed squad reached the final circuit with six of their riders inside a selected peloton of 60, split by some echelon attempts near the coast and a crash with 45km to go, which affected Antonio Pedrero and Iñigo Elosegui -the only one dropped up to that moment- with no physical consequence.

The good support by Arcas, Torres, Carretero and Soler until the final short loop around Roquetas boosted Roelandts’ morale as he went into a solo battle against big teams for the final sprint. His good position into the last 300 meters, though, was achieved with a significant investment of energy he missed into the actual finish.

Roelandts now heads, together with some of his Almerían team-mates, towards the Vuelta a Andalucía, which starts in Alhaurín on Wednesday and will see the Movistar Team take on more traditional goals for them.

In turn, Owain Doull (INS) took the win from the morning break at the final stage of the Tour de La Provence, over a hilly 170km route from Avignon to Aix-en-Provence, as the Briton outsprinted a group also containing Ian Garrison (DQT), Matthias Brändle (ISN) and Romain Combaud (NDP).

The attacks at the Côte de Cride (Cat-3), the final ascent of the race, included moves from GC contenders such as Thibaut Pinot (GFC) that took the pursuit group down to 40 ciclistas, including Edu Prades (19th), the best Movistar Team performer both today and in the final GC. The bunch came six seconds short to making it back.

Previously, and right from the start, Sebastián Mora and Juri Hollmann fought hard to make the eventually winning move, quite active for a Telefónica-backed squad which had Swiss Johan Jacobs -twice into the escape, Thursday and Saturday- as its most significant actor in France.