“Telefónica CEO Álvarez-Pallete was the launchpad for our documentary” 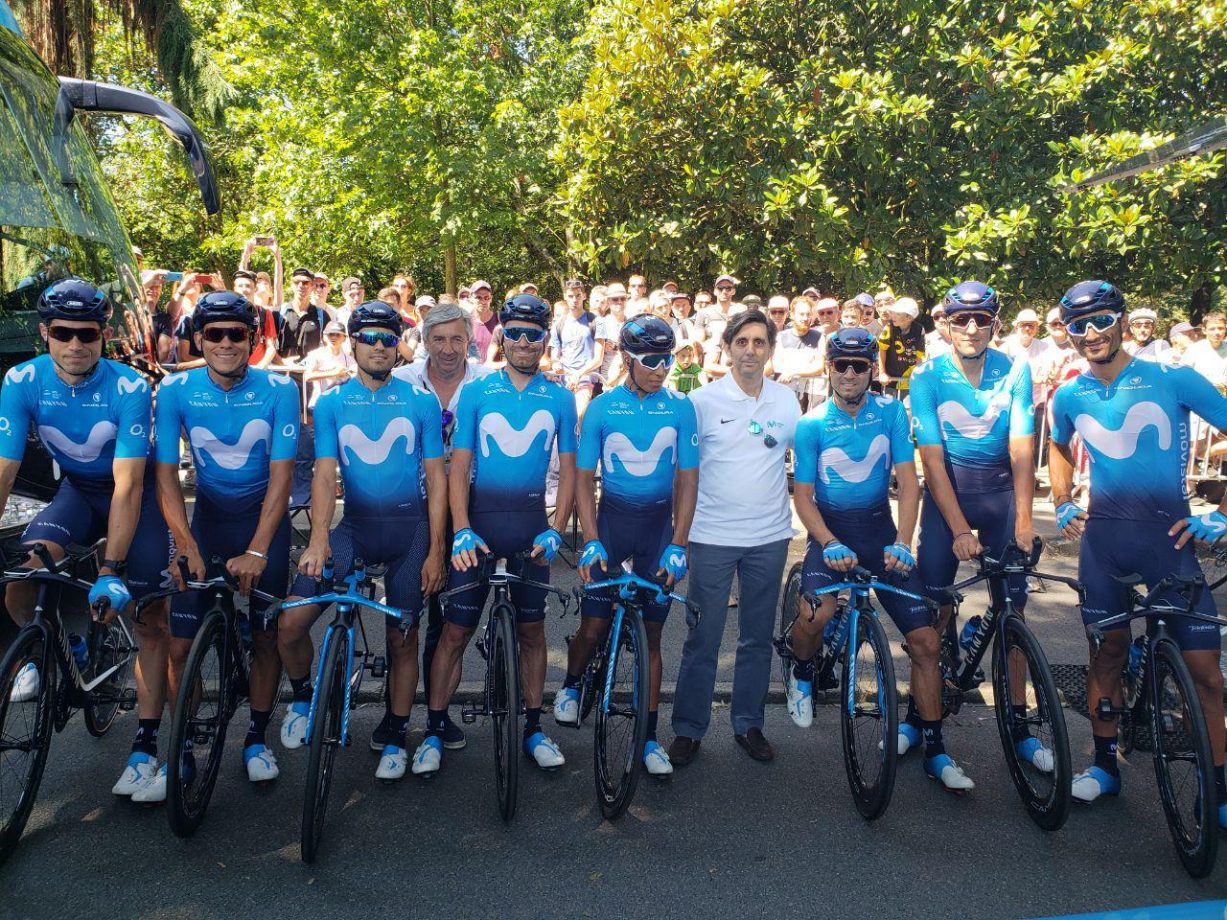 Eusebio Unzué comments on launch of ‘The Least Expected Day’, available from this weekend on Netflix globally; explains how it has been for the Blues to work in front of cameras.

It all started in Cholet, at the team time trial of the 2018 Tour de France. “José María Álvarez-Pallete, chairman and CEO of Telefónica, came to visit us there and spent eight hours as a member of the team,” explains Movistar Team general manager Eusebio Unzué. “In just that brief space of time, he really got a glimpse of how our work was, and so came the idea of creating this documentary series. ‘We’ve got to show this, everything behind the TV cameras. We’ve got to record these experience, show them, give them true value. It’s something people has to know’. His idea and support made us focus all of our efforts on turning that 2019 season, our 40th year in the pro peloton, into a means of showing the world what you usually don’t see. Our good moments, also our mistakes, and above all, the sacrifice and commitment this sport has always shown”.

‘The Least Expected Day’, a six-episode series available globally on Netflix from last Friday, is the result of those eight months of recordings in locations all over Europe and Latin America, an effort by Telefónica Broadcast Services headed by José Larraza and Marc Pons. “It was difficulty early on, turning ourselves into ‘actors’ – I mean, we weren’t used to work with cameras around the team all the time. Luckily, we soon understood it was going to favour our own interest, and elevate our sport’s image. After those months, and thanks to the enormous dedication from everyone, we got such a great result, and they became an integral part of this team. We’re incredibly thankful to them, as well as Telefónica as a whole, for giving us the opportunity to reach as far as we’re doing with their work.”

A tribute to the team’s commitment

“I won’t easily forget this 2019 season we’re showing in this series. Most importantly because of the commitment, from both sporting and human standpoints, from everyone to do things the best they could. For the leading role we had at most major races, for our good results and also our mistakes, which stem from the fact we always tried to go for victory. In cycling, as in everything in life, you sometimes make good choices, and sometimes you also fail. We might not have had a year as intense as 2019 in our structure before. Enjoying a year in rainbow with Alejandro, who came incredibly close to winning a second Vuelta a España. Richard’s Giro, one we feel so proud about, having seen him taking his pro debut and showing he’s one of the greats. And the Tour de France, where – despite not being neither as strong or as lucky as we needed – we tried to be aggressive, go for the race. All of that, combined with great individual performances, full of class, which made us shine all over the season.”

“To me, it looks like a big plus to have such a series to focus on the three Grand Tours with a team like ours, which has always sought for success at them. I feel documentaries like these will help the public understand the effort everyone who is part of a team at a three-week stagerace does. It’s like thirty people, working for 16 or 17 hours a day, for nearly a month, trying to make sure one of them gets to overall success. I think there’s never been a show which makes better justice to what this sport takes, from all protagonists, both on the bike and off the spotlight. I ask cycling fans to make the effort of watching those six episodes, because what’s shown there is really exciting.”