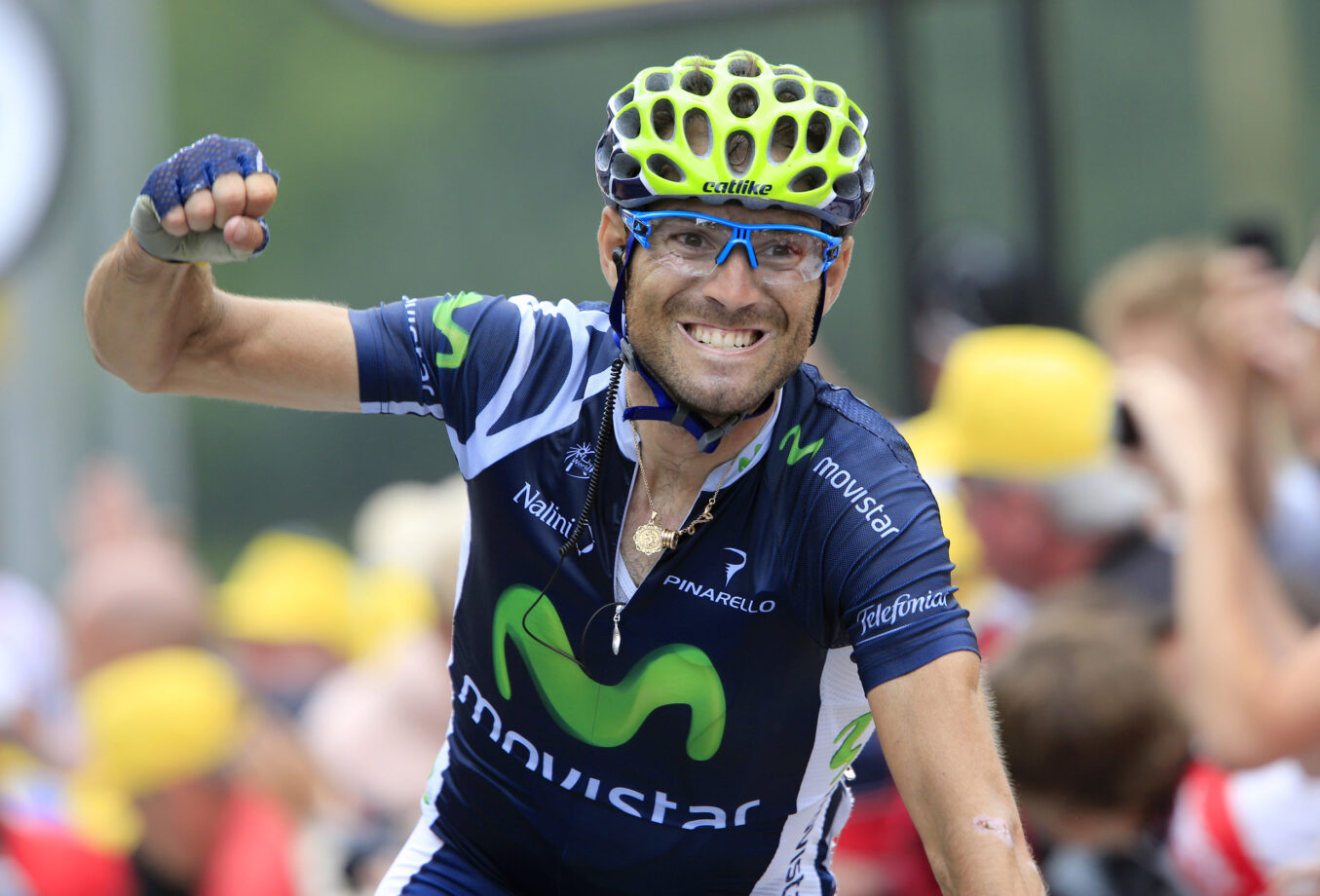 The victories by Alejandro Valverde, the Abarca Sports organisation’s best scorer in the 40 years comprised by its only squad alive throughout that entire team -the European pro men’s team-, have dominated the polls of the #ChallengeMovistarTeam, a fan contest carried out at the Spanish outfit’s Twitter account from March 29th through yesterday, Sunday 19th April.

Five wins by the current Spanish road race champion -the only man able to surpass the 100-victory milestone for the Echávarri / Unzué squad- made it to the six-success selectino at the semifinals, from an original selection of 24 victories made by the team. The original bracket also included stage or classic wins (GC victories were not featured) by Indurain, Quintana, ‘Chava’ Jiménez, Olano, Delgado, Laguía, Luis León Sánchez, Lastras, García Acosta, Amador, Arroyo and Ion Izagirre. The wins taken into account were obtained either with the team jersey or at national team events, both always counted by international team and rider rankings for the team’s palmarès.

At the final, Valverde’s 2018 Innsbruck Worlds win convincingly came ahead of Chava’s L’Angliru legendary success in the 1999 La Vuelta, with Bala’s first Liège-Bastogne-Liège triumph in 2006 in third place. Another three Valverde victories were left out at the semifinales, with two Tour de France stages (Peyragudes, 2012, and Plumelec, 2008) and one from La Vuelta, atop El Morredero (2006).