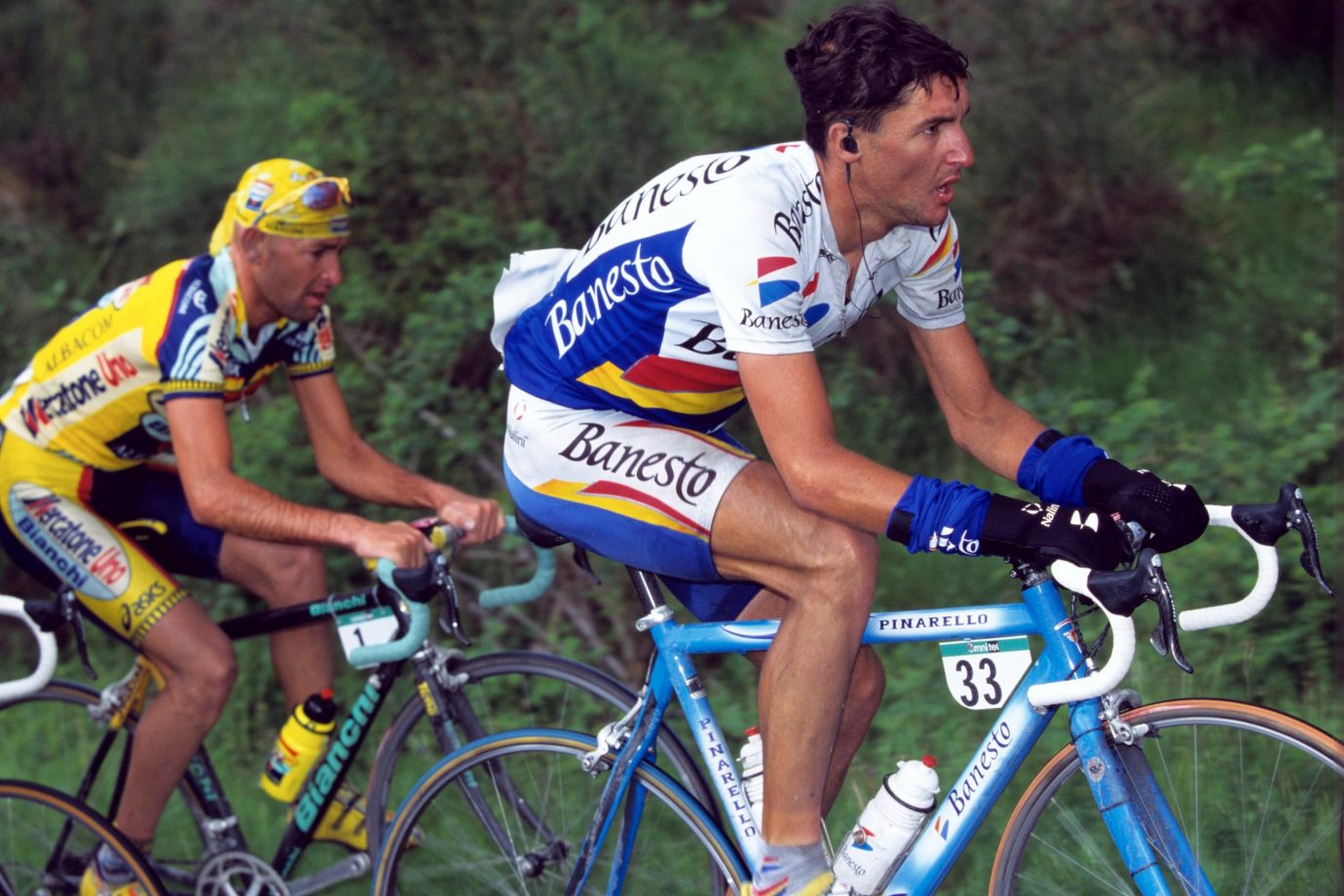 Elegant design for turn of the millenium wins Abarca Sports’ history vote ahead of 2020 (finalist), 1983, 2009 (semifinalists)

Nearly 12,000 votes cast on Twitter over the last four weeks have selected the 2000 Banesto jersey as the most beautiful worn by the Abarca Sports organisation in its more than 40 years of history.

The design, worn by the likes of legendary riders José María ‘Chava’ Jiménez or Chente García Acosta, won the final, held on Saturday and Sunday, against Alé’s 2020 Movistar Team kit. The two jerseys took the better from its rivals in the semifinals earlier last week, with the 1983 Reynolds kit and the Caisse d’Epagne (2009 edition) jersey used in the late 2000s also in the top-4.

16 designs were included into a fan contest on Twitter, held as an entertainment in the weeks leading up to the restart of racing, which also included pearls of history such as the kit of Nuevo Legarra, the amateur team preceeding the pro Reynolds team during the 1970s, and colourful jerseys like those from iBanesto, Illes Balears and the Movistar Team era.