Albert Torres 6th in Zabrze; Prades back to Spain on Friday 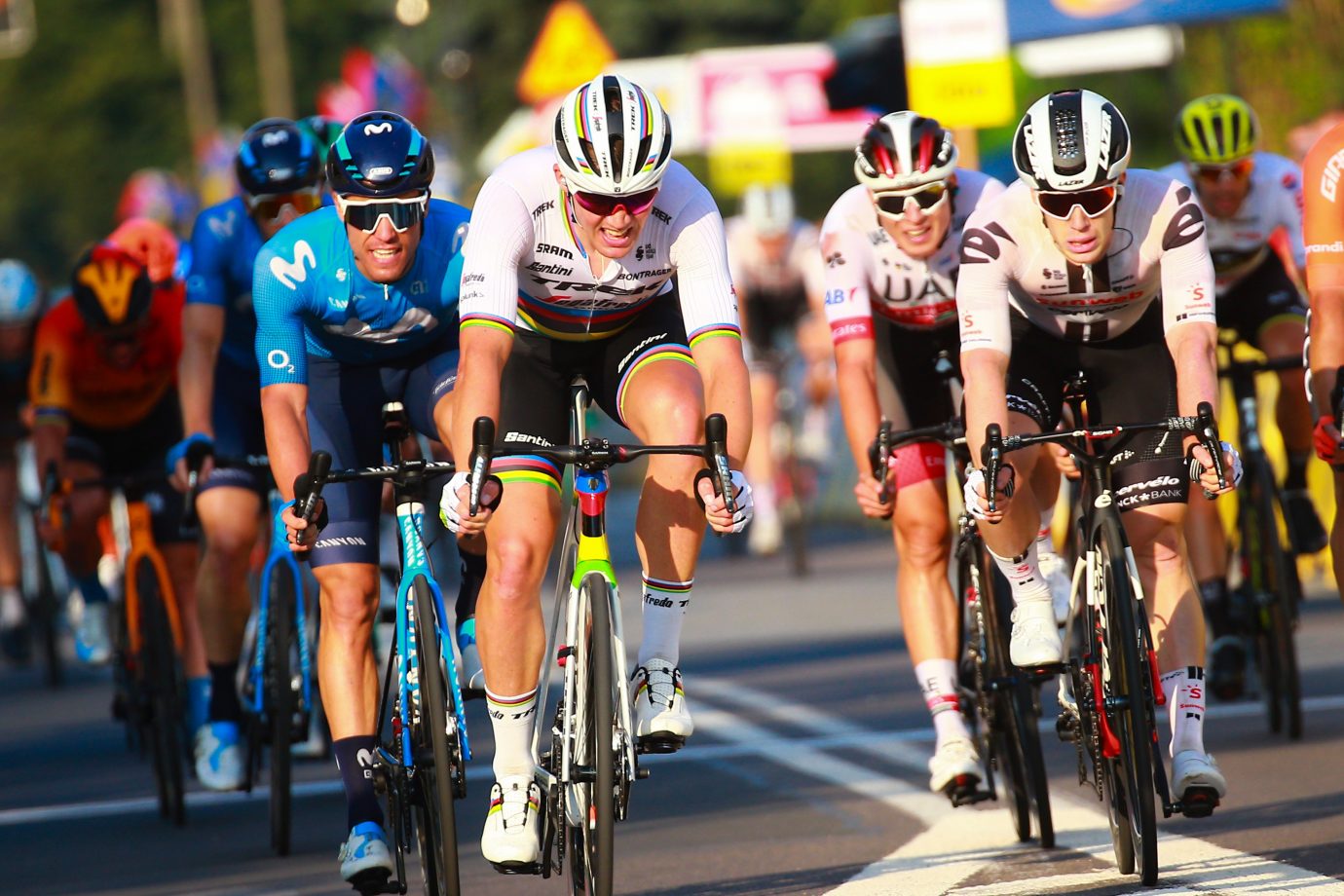 Following the checkups he underwent on Wednesday evening, which confirmed a stable, non-displaced fracture to his cervical vertebra C7 (and not C6, as erroneously reported earlier today), Edu Prades will fly back to the Movistar Team’s home city Pamplona on Friday to complete another batch of radiological tests in the upcoming days at the Clínica San Miguel. The goal is to confirm the diagnosis received yesterday and determine the recovery routine the Alcanar native should follow.

Prades, already back at the Movistar Team hotel after being discharged, is wearing since Wednesday a neck brace that allows him moving freely, yet the advice from the Telefónica-backed squad’s doctors has been to take as much rest as possible to improve his recovery and avoid any unnecesary pain.

Stage two of the Tour de Pologne was quite similar to the eve’s, with a 151km route on mainly flat roads and only one categorized climb, Góra Świętej Anny, halfway through. The fast finishing circuit in Zabrze was again completed with a slight downhill at the last straight.

A typical summer day in southern Poland, with 24ºC, mostly sunny skies and eastern winds that were no threat to the peloton’s safety.

Friday will bring the most difficult route in the race so far, a prelude to Saturday’s Queen stage in the Tatr mountains. The 203km journey from Wadovice to Bielsko-Biała will include seven categorized hills, and the final circuit, always up and down, will test the resilience of the top sprinters.