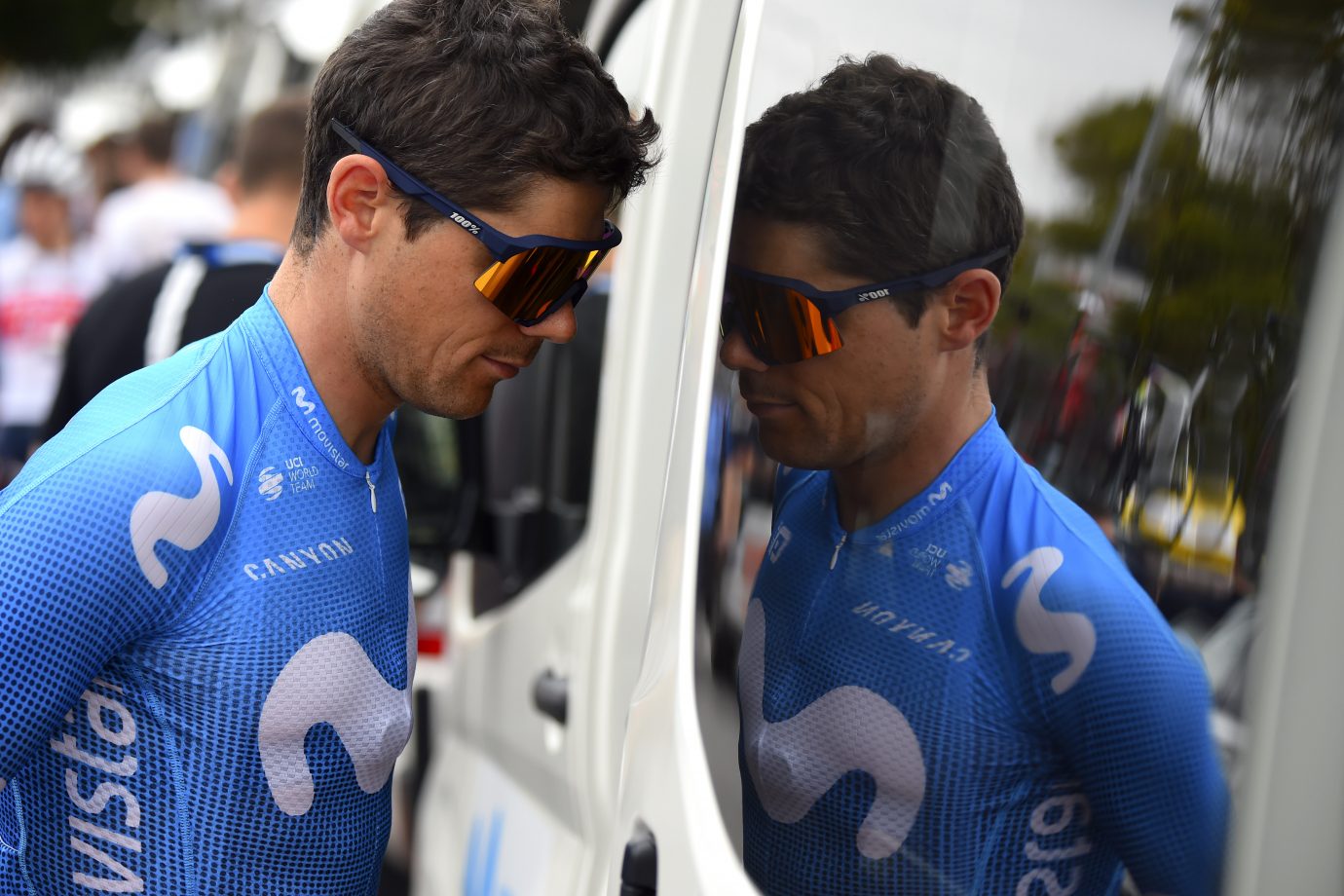 Down at end of stage one

Catalan to fly to Pamplona to undergo further checkups following small transverse fracture to cervical vertebra C6, as a result of his crash on Wednesday’s Pologne opener.

Edu Prades (Movistar Team) will not take Thursday’s start of stage two in the 2020 Tour de Pologne after being one of the riders involved in the horrible incident at the finishing straight of Wednesday’s opening stage in Katowice.

The Catalan, who couldn’t avoid the barriers which had been taken into the road by a prior incident, suffered a wound in his back -which required stitches- and most notably a deep blow that caused him pain in his ribs and the area around his right-side scapula.

Prades was moved by ambulance to a medical center nearby, where he underwent radiological checkups and was confirmed, around midnight on Wednesday, a small transverse fracture to his cervical vertebra C6.

The Alcanar, Tarragona native, who spent the night in hospital and will be released on Thursday, will subsequently travel to the Movistar Team’s headquarters in Pamplona to undergo thorough tests in the upcoming days.

The Movistar Team wants to reiterate its wishes of quick, full recovery to Fabio Jakobsen and extend its full support to the family and friends of the Dutch rider, as well as his team-mates at Deceuninck – Quick Step.