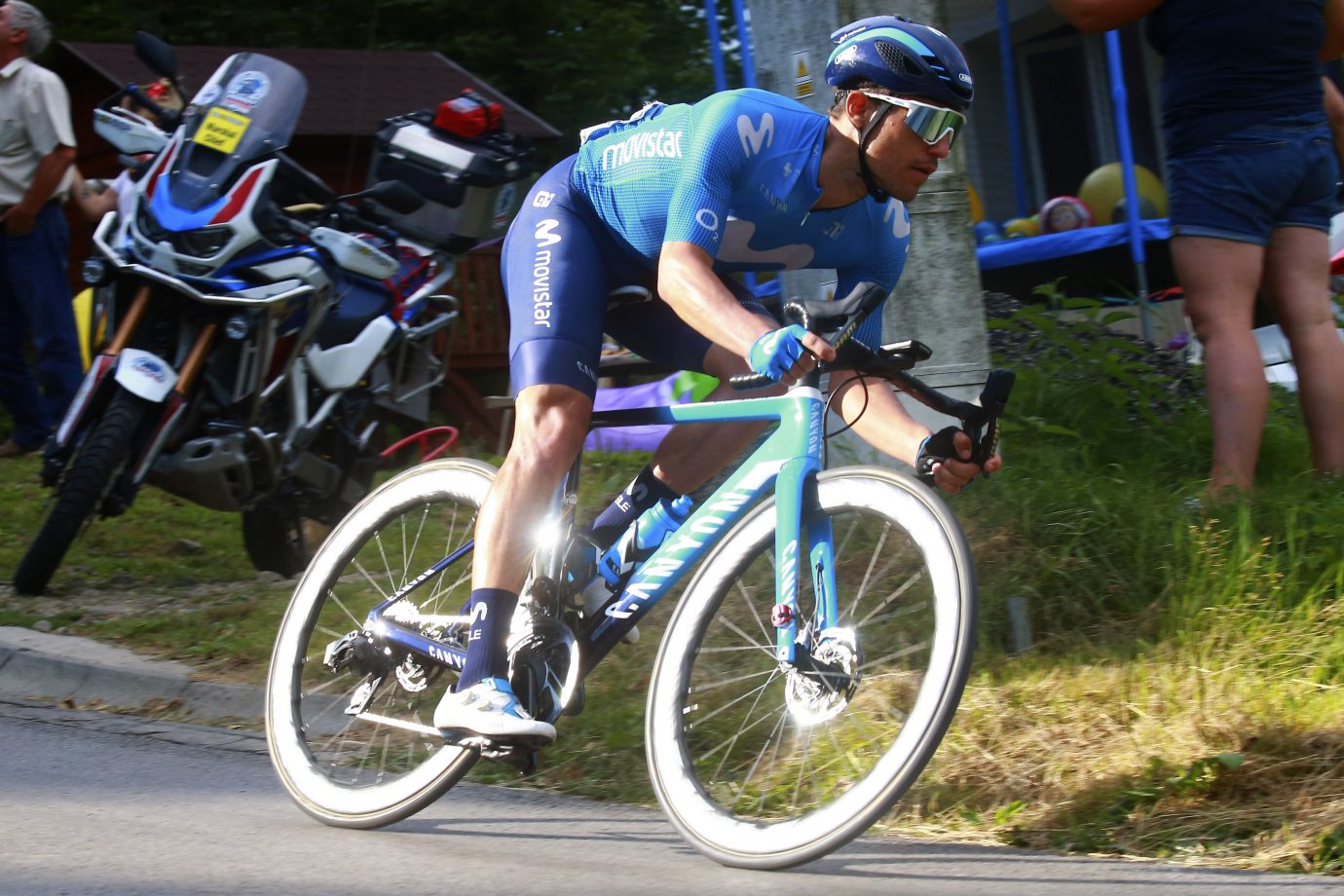 6th at Thursday’s Zabrze finish, the Spaniard -joined today at the front by track partner Mora- fought again for the Movistar Team at the bunch sprint, after attacks by Arcas and Lluís Mas early on. Evenepoel takes final GC.

Krakow was the venue for Sunday’s grand finale of the Polish stagerace after 188km from Zakopane, with three categorized climbs in the first half of the race. From the mountains, at a maximum height of 1,100m, the riders descended into the plains, around 300m above sea level, for a final 60km mainly flat.

Almost imperceptible winds and 29ºC in Krakow to end a race with absolutely no rain and temperatures quite far away from the heights reached by most of the Iberian Peninsula at this time of the year.

None of the riders present in Poland for the Movistar Team will be racing at any of the two ‘bubbles’ in action next week: the Critérium du Dauphiné, in France, and the Gran Piemonte and Il Lombardia, in Italy. For all of them, the next race won’t arrive sooner than the National Championships -in two weeks’ time-, if not later.

Edu Prades, who turned 33 on Sunday, remains at Pamplona’s Clínica San Miguel undergoing exams, before being allowed to return home in the next few days.