Valverde, Mas within GC group at first selection; Soler bounces back, goes on the attack 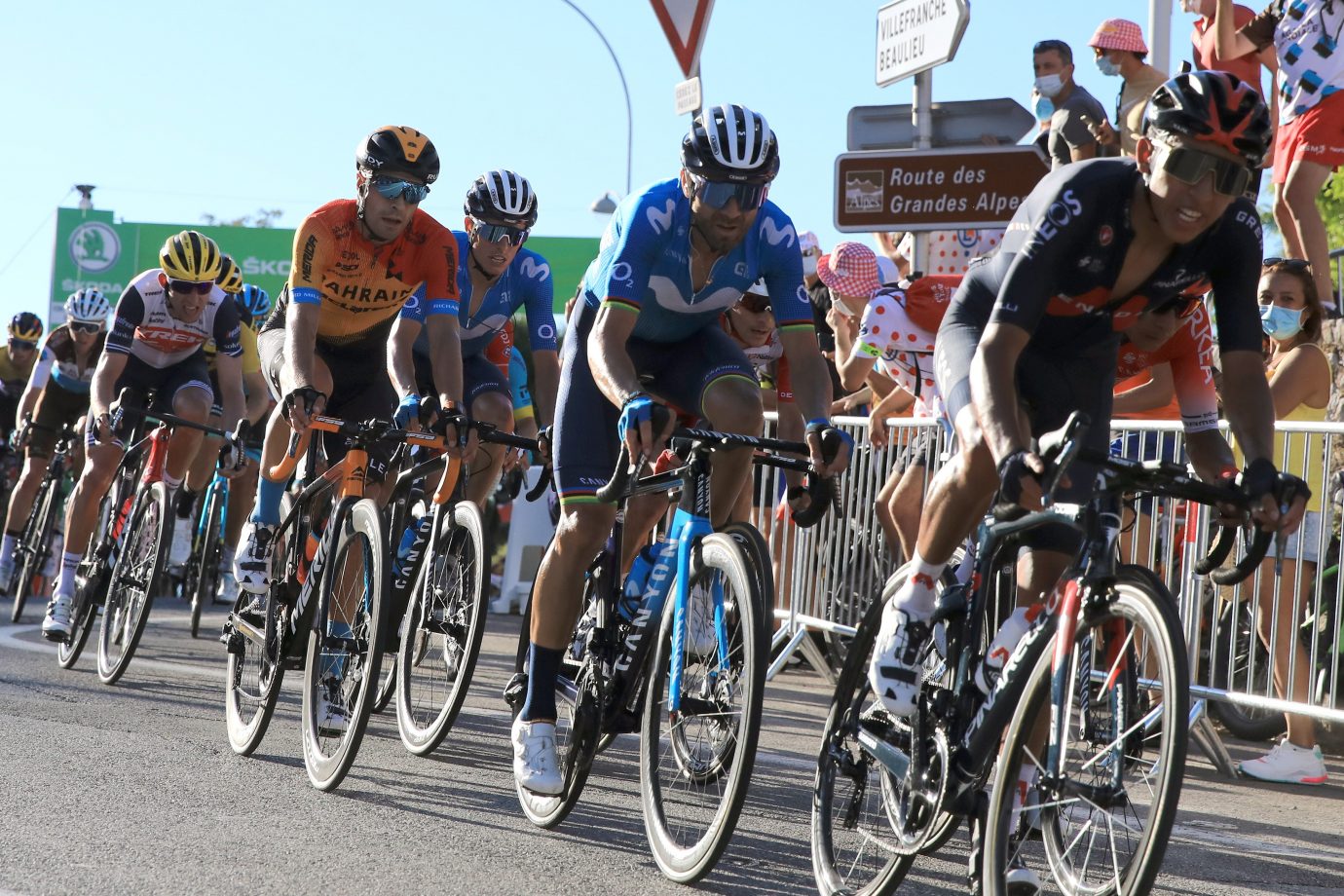 It was meant to be the first crucial day for the GC contenders. Three categorized climbs –La Colmiane (Cat-1), Turini (Cat-1) and the Col d’Èze (Cat-2)– were covered on the 186km stage two of the Tour de France, around Nice, as well as the Col des Quatre Chemins (Bonus Sprint), crested just nine kilometers from the end.

No sunny day was received better by the peloton than this one! No clouds in the sky on Sunday, with maximum temperatures around 26ºC and a minimum 17ºC at the top of the first two climbs. Strong winds were expected near the coast for the end of the stage, around 30kph, from the southwest.

Marc Soler: “After a blow like yesterday’s, with those two crashes -one into a downhill portion and another one, the hardest, with 3km to go-, your spirit struggles, and you need to get over any doubts about your condition as soon as possible. There was no better way to bounce back than giving it a try. My knee was hurting quite a bit in the morning, but as we got into racing, it became less of a problem, and I completed the stage with almost no pain. The pace was high all day long, and that energy I lost from yesterday’s crashes might have played a factor in the end, but even after that and despite losing a minute at the finish, I’m happy with how things are going right now.

“I’ve tried to attack at the end of the climb, thinking I could be close to Hirschi, Alaphilippe and Yates and bridge back later on, but the pace was so high, both at the front and at the bunch, and I couldn’t make it to the leading group. I lost my position into the downhill, I lost a couple of meters and once we got to more open roads near the finish, I wasn’t able to get back to Alejandro and Enric.

“The team-mates did really well today, with Nelson supporting Alejandro after that puncture, and we’re happy with how we did today, despite feeling dead tired in my case (smiles). Let’s see how we do in the next few days – Rojas is the one struggling the most after yesterday’s blows; Imanol, Nelson and Carlos are doing better. I think we’ll be able to recover and reach our best at the key part of the race.”

Should circumstances allow it, the Tour should witness another bunch sprint in Sisteron on Monday (198km), even though the route will be quite hilly early on, with three Cat-3 ascents -the Col du Pillon (55km) is almost nine kilometers long- and a Cat-3 climb, L’Orme, less than 50 kilometers from the end.