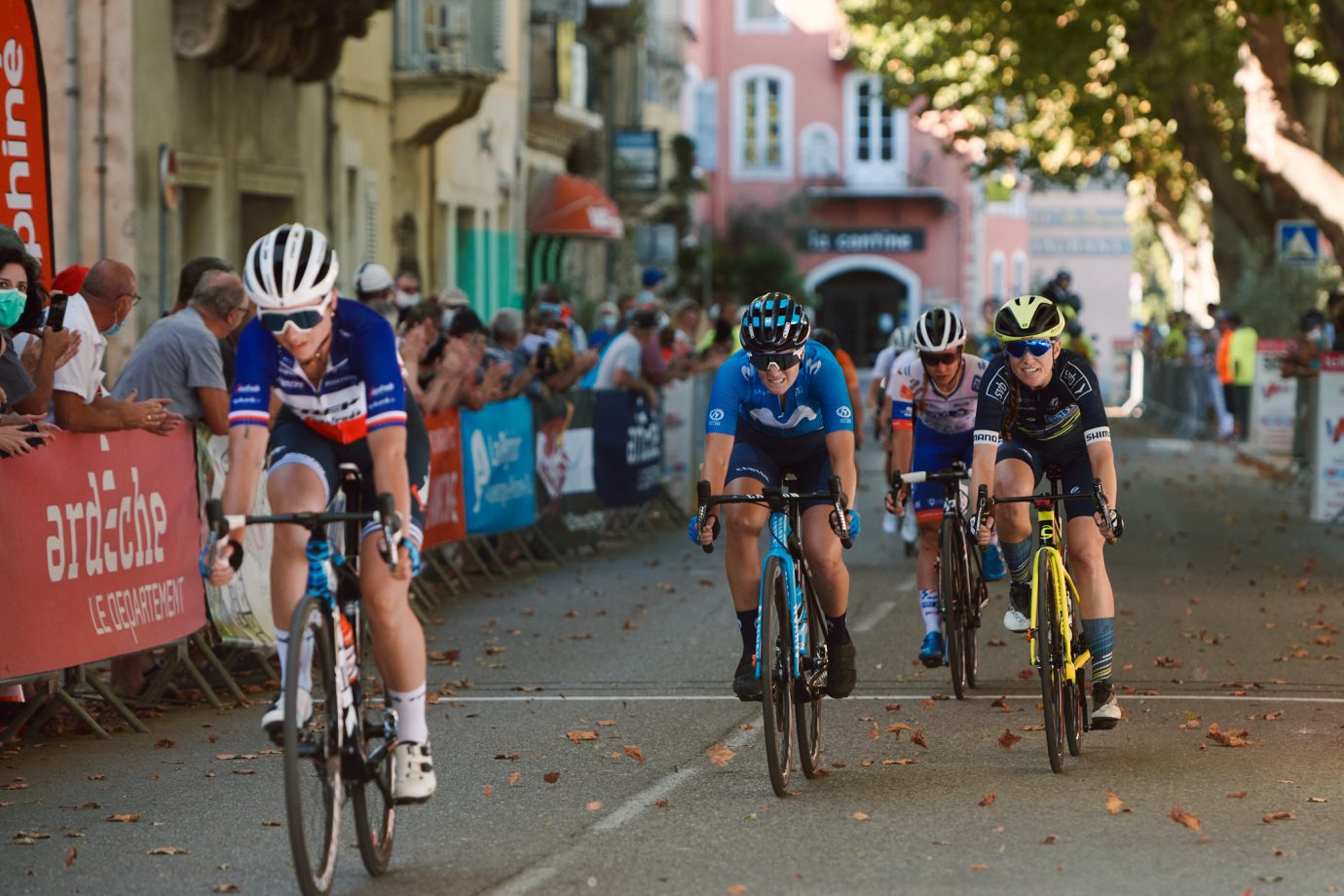 There was a bigger selection that initially forecast during the inaugural stage of the 2020 Tour de l’Ardèche (UCI 2.1), held on Thursday over 90km from SaintMartin to Bourg-Saint-Andèol. The climb to Le Laoul (Cat-1), located less than 30 kilometers from the end, witnessed a winning attack from Mavi García (ALE), first leader of the French event.

The Mallorca native finished with 5″ over a pursuit group of 15 riders, also ahead of the peloton, where Alicia González, one of the most in-form Movistar Team riders in the last few weeks, took a great 3rd place, only behind French champion Audrey Cordon Ragot (TFS).

At that first echelon also finished Paula Patiño (9th) and Eider Merino (11th), one minute ahead of a main peloton led home by Barbara Guarischi (17ª), and also featuring Alba Teruel. Absent from that group, due to a crash near the end and suffering some minor blows and bruises, Lourdes Oyarbide was credited the same time as the second group.

Friday’s stage will be a brutal test in southern France, the 135km route from Saint-Georges-les-Bains to Font d’Urle featuring the ‘cols’ of Limouche (HC), La Bataille (Cat-1), la Machine (Cat-1) and La Chau (Cat-2) for over 3,300m vertical gain.