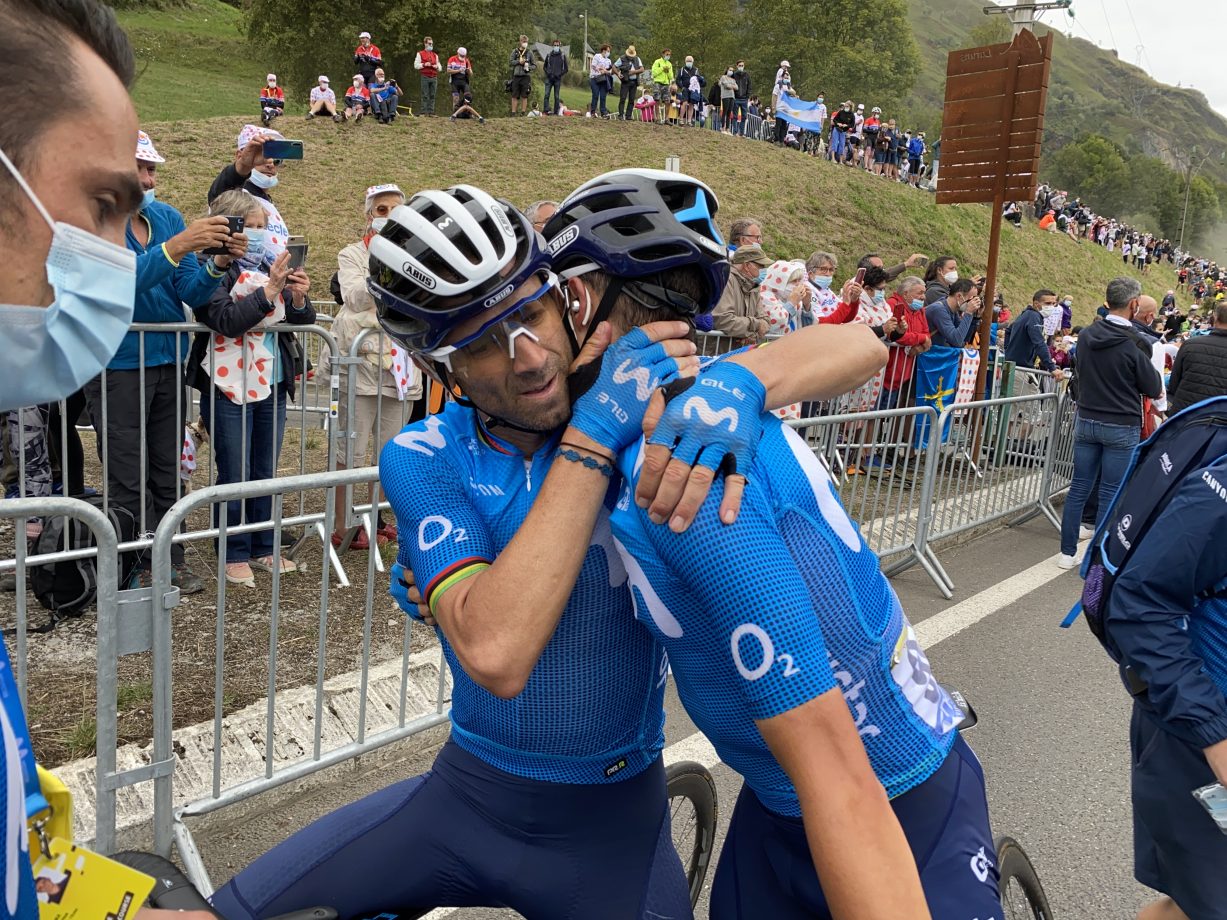 It was the second, and final, Pyrenees stage, a day with less climbing and probably less of a chance for the GC contenders to try any moves, yet with very interesting terrain nonetheless. 153km from Pau to Laruns, getting over the Soudet (Cat-3) through Issarbe / Hourcère (Cat-1) plus the Marie Blanque (Cat-1), the latter 18km from the finish.

In excess of 30ºC on Friday – and then 10ºC at the top of the Soudet. Cloudy skies from the start, with some light drizzle expected early on and maximum temperatures not higher than 19ºC. Good conditions for some – too much of a change for many?

Enric Mas: “So, how would I sum up today’s race. Easy: full gas at the start, full gas at the finish, full gas in between (laughs). A really tough day, with that moisture in the air, wet, dangerous descents – I felt really cold into one of those downhill sections. I’m satisfied despite that, with today’s performance and this whole first stretch of the Tour. After the results and sensations we had collected through the ‘restart’ of the season, we have to feel satisfied about our current situation. If you compare it to what this team has always been, it’s not a superb result, but things are going right. We should theoretically get stronger through the remainder of the race – and I really hope that is the case.”

A well-deserved first rest day for the entire Tour convoy awaits on Monday, near La Rochelle, with a long transfer (400+km) this evening. The race resumes on Tuesday with the Blues on top of the team GC, as riders take on a dangerous stage 10, always near the coast and with potentially strong winds, between Île d’Oléron and Île de Ré (168km).