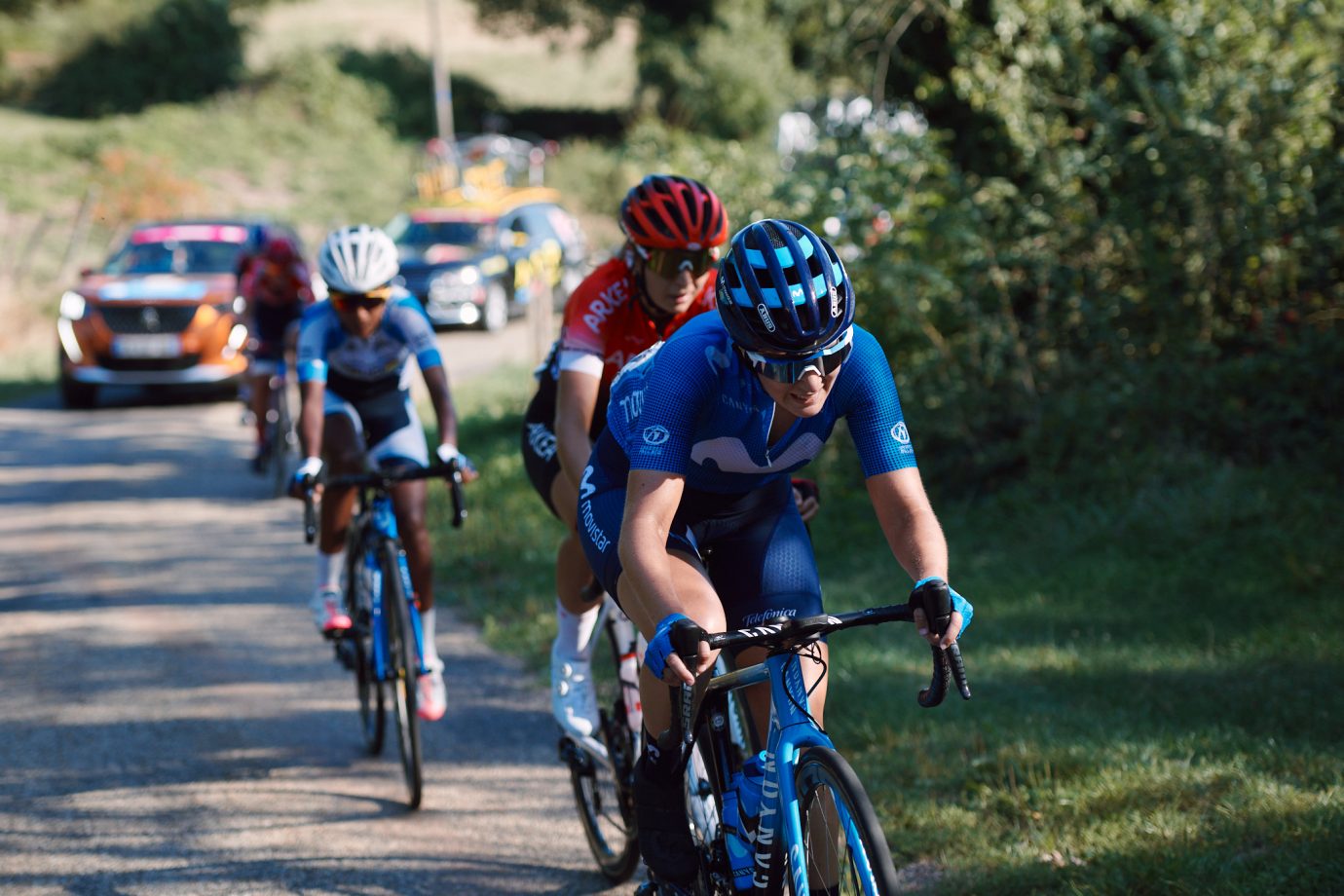 Spanish allrounder Movistar Team back into the break -the winning one-, only bested by Allin (ARK), Franz (RLY) in demanding, final mountain course in France.

Despite having only three riders at today’s start, due to another schedule DNS -one for Barbara Guarischi- before the Giro Rosa, the Movistar Team played again a big factor on the sixth, penultimate stage of the Tour de l’Ardèche, the final mountain route in the event over the steady la Fontenelle climb (13km @ 4%) plus a punchy finish in Rochemaure (1.5km @ 7%).

Just like she did at Monday’s echelons, Alicia González got herself into the early break, a seven-rider group together with Franz (RLY), Riffel (CSR), Tesfoam (WCC), Frapporti (BPK), Allin (ARK) and Rijkes (AUT). And this time, the peloton did allow them gaining a big advantage, up to eight minutes, which meant they could play their cards already from the first climb.

Four women, González amongst them, kept the front at the top of the QOM, with Franz and Allin, who eventually notched up the win, launching attacks into the descent and distancing Alicia at the final slope A 3rd spot to equal her best result of the week, at last Thursday’s opener, with only one flat stage to go towards Beauchastel (90.2km) on Wednesday. Lauren Stephens (TIB) had no troubles to conserve her leader’s jersey.