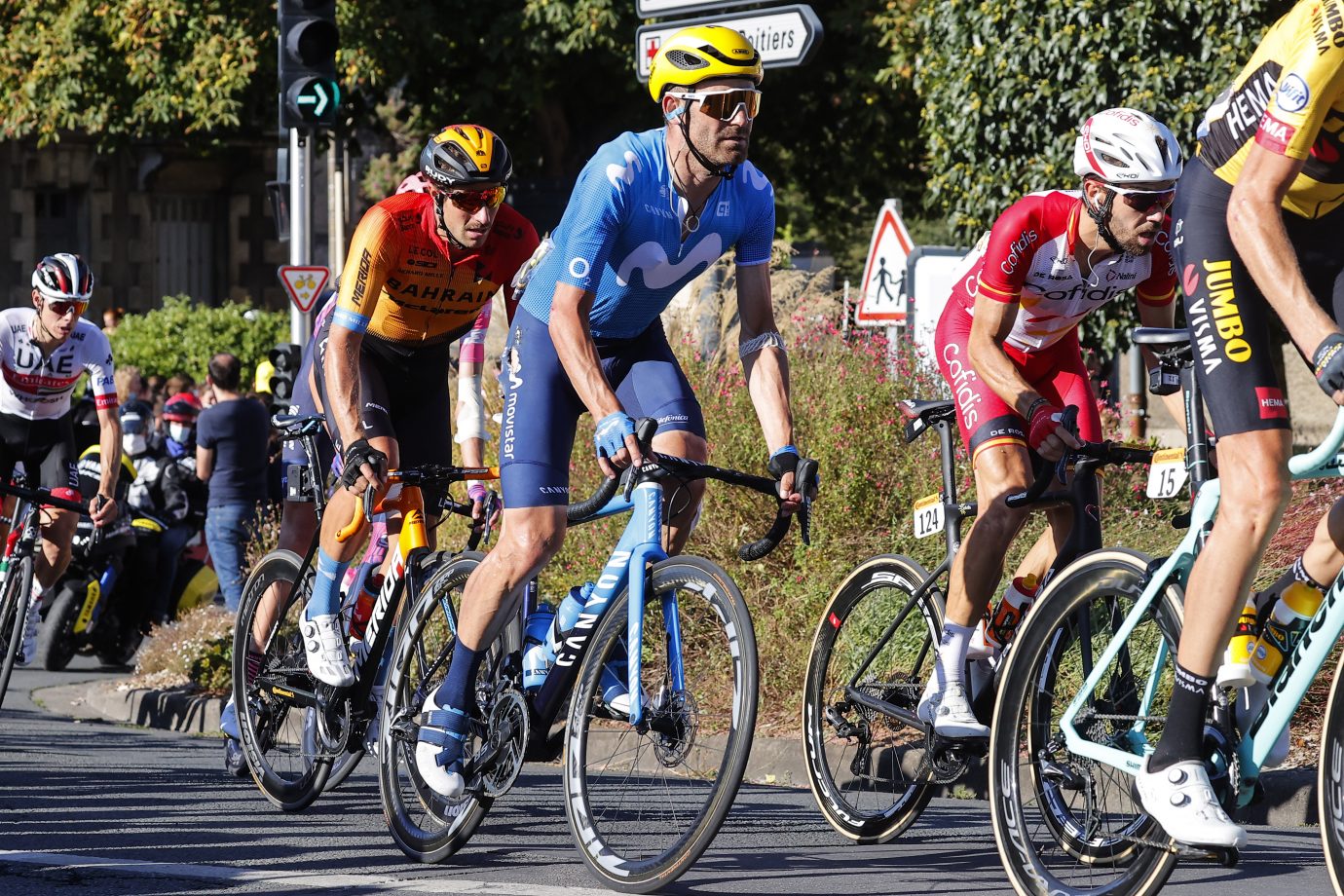 There are very few chances left for the sprinters before Paris. The clarest one, on Wednesday, would take the peloton over 167 kilometers from Châtelaillon-Plage, next to yesterday’s finish, to Poitiers, with only one Cat-4 climb to overcome.

A sunny day in western France, with temperatures even a bit too high for what one could expect in the late summer, close to 30ºC. Notheasterly winds would blow on the riders’ face for most of the day.

Carlos Verona: “It was quite warm today and the start was slower than yesterday -winds didn’t favour any moves, it was some lateral headwind, with more gusts we could have seen some moves-, yet those final 60 kilometers were more nervous. There’s no easy days in the Tour, especially in finishes like this one, with that wind making things a bit more complicated and, most importantly, the narrow roads, where everyone wants to be at the front. Sadly, crashes like the one at the end are inevitable; considering the stress we go through, it doesn’t happen quite often. We’re riding so fast, so close together, our reflexes are good, yet when one rider brakes stronger than other, you can see incidents like that.

“I saw that crash perfectly, it was very close to me. We were riding on the right-hand side of the road, entering a little town, into a downhill. It’s one of those situations where two handlebars come together. Sometimes you can avoid the crash, sometimes you can’t. I hope Ion can recover well from this. José Joaquín seems to be mostly OK, by what he told us on the radio. He was able to finish and, other than those blows, we as a team could get over the day well. Rojillas is hard as nails; I just hope it’s not too serious, so he can remain as crucial of an asset as he’s always been to us.

“I’m enjoying the Tour really much. Experience really helps you, and the legs feel quite better in this second year. I was close to that win in the Pyrenees, I was also able to support the team – I feel happy. I’m loving this race! The routes coming up this week, through Sunday, will be harder, with plenty of little climbs, especially tomorrow and Friday. Thursday’s will be 220km long, with high temperatures – it’s going to be tough. We’ve got a strong, balanced team and we can play our chances – let’s see what we can extract!”

Thursday will mark the start of a duo of stages in the Massif Central, always on twisty, lumpy roads. Stage 12 will be the longest of this year’s Tour, 218km starting in Chauvigny and finishing in Sarran after lots of little ascents and four categorized climbs. The Croix du Pey (Cat-3) and the demanding, never-used Suc au May (Cat-2 + Bonus; 4km @ 7.7%) near the end will require full attention from the favourites, even if a winning break is expected at the finish.

Other than the Tour de France and the end of Ardèche (Report), the Movistar Team also tackled on Wednesday the third stage of Tirreno-Adriatico, over a hilly 217km parcours towards Saturnia that included two ascents of the Poggio Murella KOM, the latter just 9km from the finish.

Mike Woods (EF1), the day’s winner and new GC leader, and Rafal Majka (BOH) took advantage from the first battle between race contenders by jumping away into the last climb and putting 20″ on the first pursuit group. Davide Villella was the top Blue finisher, 1’40” from the leaders.

The ‘Corsa dei Due Mari’ will tackle some big mountains on Thursday’s stage four, with the KOMs of Forca di Gualdo, Rifugio Perugia and Ospedaletto (12km from the end) towards the finish in Cascia.