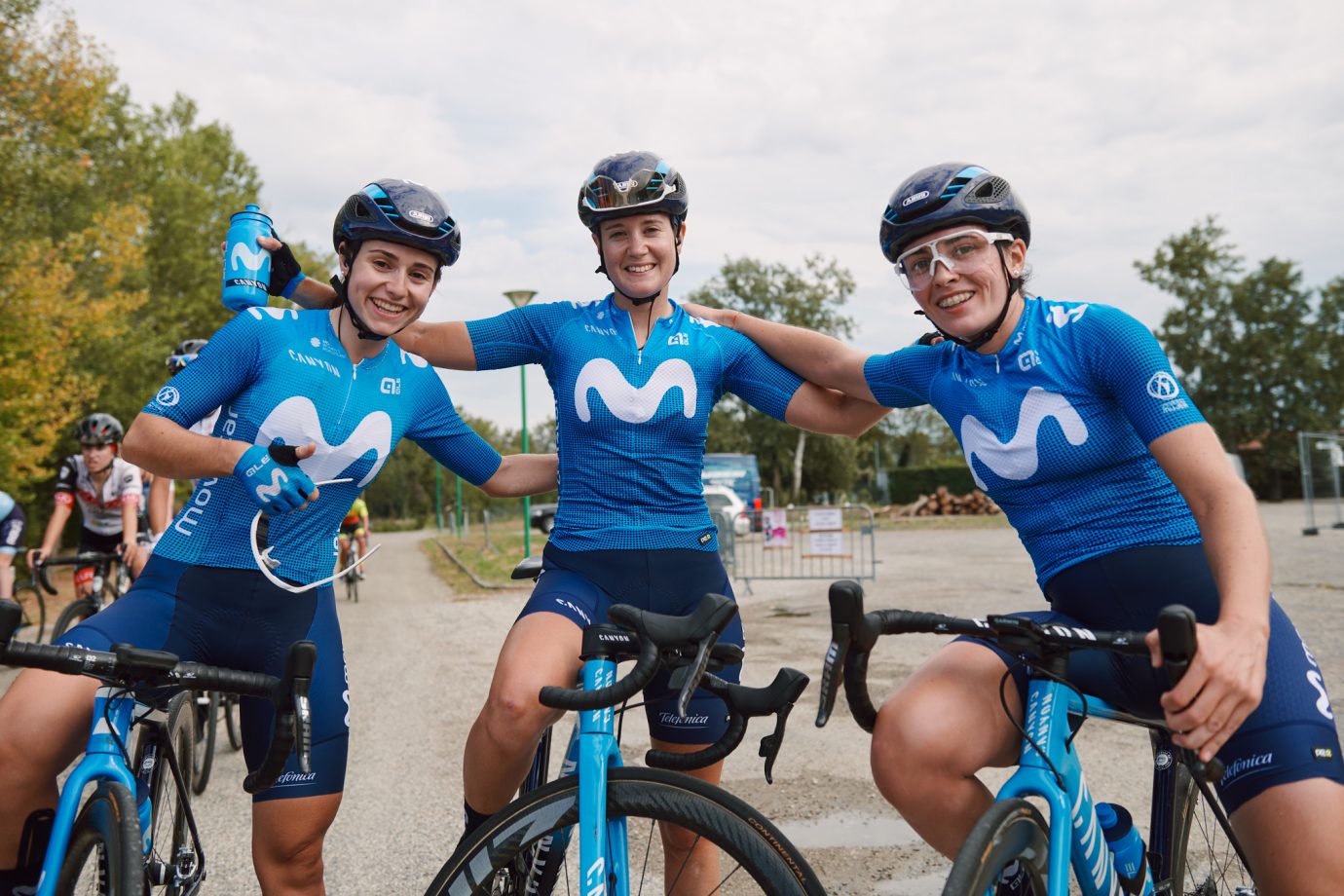 American Lauren Stephens (TIB) notched up the overall victory in the 18th edition of the Tour Cycliste Féminin International de l’Ardèche (UCI WE 2.1), held over seven demanding stages in southern France that came to its end on Wednesday with a very fast 90km route between Savasse and Beauchastel -Chloe Hosking (RLY) took the day’s win-. Mavi García (ALE) and Anna Kiesenhofer (AUT) joined Stephens on the final podium.

The Movistar Team was able, despite forced DNFs -due to injury, for Eider Merino, and as a result of technical decisions, with Barbara Guarischi and Paula Patiño heading towards the Giro Rosa- from three of its riders, to notably feature in the race, with three of its allrounders doing well in the second half of the race: Alicia González -on the breakaway both Monday and Tuesday; she obtained two 3rd-place stage finishes-, Alba Teruel -a member of the front group on Monday’s crosswinds, with González and Guarischi- and Lourdes Oyarbide.

The 2nd spot obtained by Guarischi in Avignon on Saturday and good performances from Merino -before her injured led forced her to stop- and Patiño -5th at the brutal Queen stage to Font d’Urle- capped off a good list of results from the Blues, now focusing on their Italian challenge.