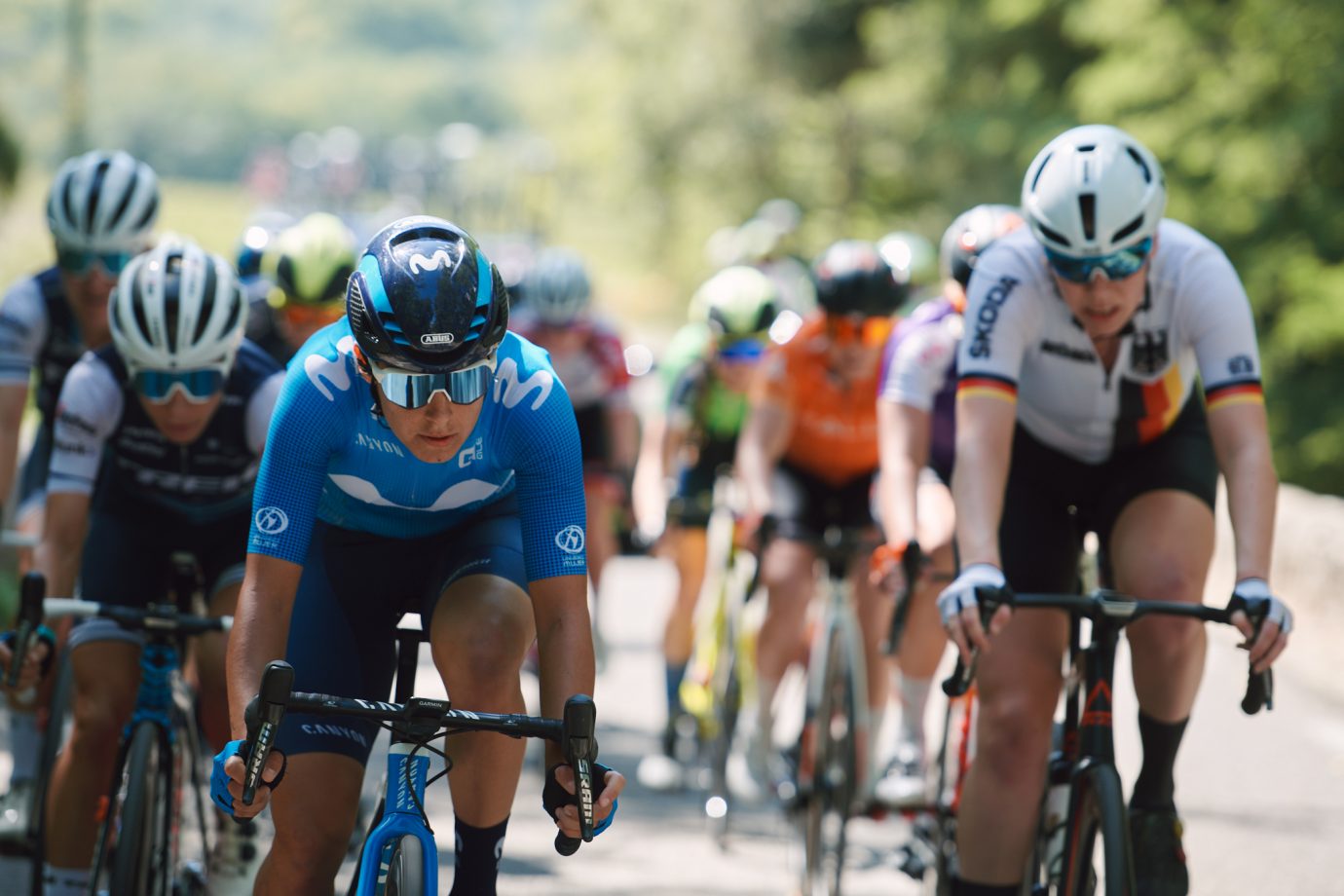 Italian from Movistar Team finishes second in the bunch at Ruoms after joining, together with González and Teruel, 13-woman break including new race leader Lauren Stephens (TIB).

The Movistar Team took 4th place in the day with Barbara Guarischi as the Blues were the most represented into a 13-woman break, almost from the start, which completely changed the look of the race. Alicia González and Alba Teruel supported Guarischi into an attempt that got almost two minutes of advantage over the peloton, where Alé BTC Ljubljana worked unfruitfully to keep Mavi García in pink against Stephens (who jumped again with about 20km to go).

Leaving behind the three Blues and the rest of the group, Stephens finished alongside Ganzar, who had made a counter-attack from the peloton, and achieved a 1’14” margin over the peloton, where Hosking (RLY) bested Guarischi for third place. The GC gap between Stephens and García is now 34″ with two stages to go: Tuesday’s tough hill-top finish in Rochemaure and Wednesday’s final chance for Guarischi and the Blues in Beauchastel.

The first rest day of the Tour de France also brought the start of the 55th Tirreno-Adriatico, with 133 km in and around Camaiore and three climbs of the Pitoro ‘GPM’, which did not prevent the predictable sprint finish from taking place at the Lido.

The finish, however, was severely affected by a crash with 1.6km remaining, the result of huge stress into the field that, in other separate incidents, did not allow Albert Torres from contesting the finish. The Movistar Team’s main ‘weapon’ for the sprints in Italy was boxed in into the final kilometer and could only get 19th place, as Pascal Ackermann (BOH) narrowly won ahead of Fernando Gaviria (UAD) and Magnus Cort (EF1).

The fastest legs in the bunch will enjoy another shot at success on Tuesday’s stage two, over a longer route (201km) towards Follonica.