Erviti, Soler, Carretero: a Thursday in the break 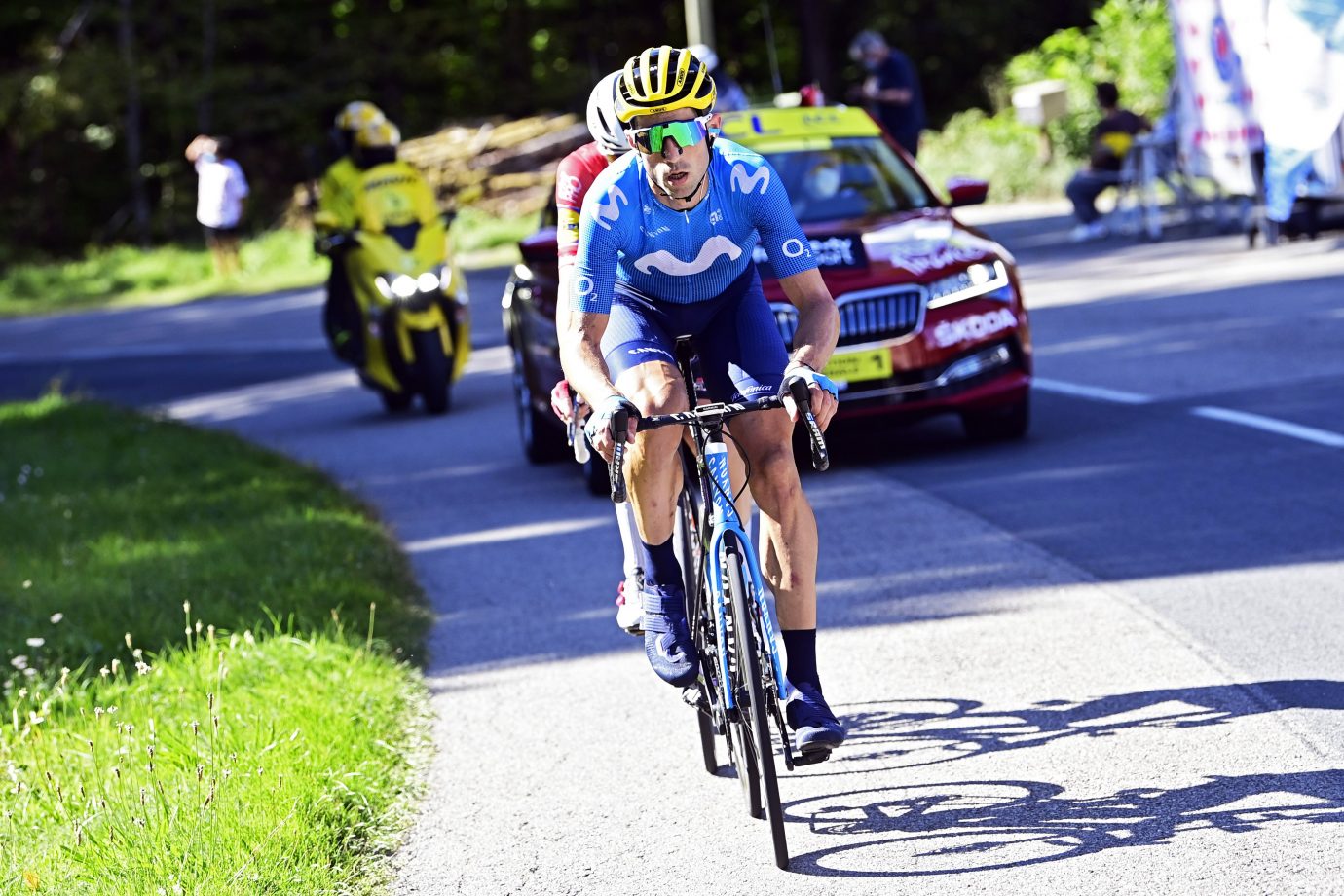 Long early breaks see Imanol, at the Tour, and Héctor -who will wear the KOM jersey in Tirreno tomorrow- notably feature in France and Italy. Soler takes 12th from late move in Sarran, as Hirschi (SUN) dominates.

The longest stage of the 2020 Tour, and one of the most open. An endless series of little climbs in the 218km from Chauvigny to Sarran was followed by a very demanding finish, getting over the Croix au Pey (Cat-3; 5km @ 6%) before the unknown, technical, difficult Suc au May (Cat-2 + Bonus; 3.8km @ 7.7%), 26km before the finish. Classics specialists, GC riders, escapees: anyone could win there.

Winds were quite favourable to the riders’ direction, about 15kph from the north, and temperatures were ideal, even a bit warm, between 20 and 25ºC, with some sunny weather clouds covering the sky.

Imanol Erviti: “There were plenty of moves from the start, I saw the right moment to give it a try when that break could form and got myself into the move – always keeping in mind that this wasn’t a breakaway that would stick till the end, rather than a move to play our strategy from behind. We had riders willing to make some moves, such as Marc, and having myself at the front could have allowed us doing something. Sadly, we weren’t able to reach further, as the peloton caught us, and so I tried to help Alejandro out when he suffered that mechanical. I’m here to support him and the team leaders in situations like that – I love doing it, you feel useful.

“It’s been a tough day, and I’m sure it will be even more so tomorrow. Puy Mary is a seriously tough climb. It will surely play an impact in the overall result. I don’t know what’s the specific thing which makes the Massif Central so especial; maybe those bumpy, sticky roads that melt with the heat, which make your bike slower. It takes a lot to push it further here. And other than those hard climbs, it’s also really warm here. The ‘canicule’, as they call it here, is exhausting, even now in September.

“It’s been a bummer, not having Marc closer to a victory he deserves. We’re trying hard to be in the spotlight, and we continue to progress and get closer to exciting goals. It feels great to be much more competitive now. We continue to ride day-by-day, since it’s one exam every day here in the Tour. It’s getting really hard, the fatigue is already taking its toll, with huge efforts every day. Just like in Dauphiné, where we saw some surprises near the end of the race, and considering the hard mountains on week three, there could be lots of changes.”

Marc Soler: “We thought that Schachmann and I would be able to catch Hirschi with those relays after the descent, yet he proved again to be really strong. He already showed it a couple of days ago, yet he wasn’t able to crown that effort with a win, and he did today – we can only take our hats off for what he did. As a team, we did everything we could today. In my case, I left everything on the road, just like Schachmann. We weren’t saving any energy into those late turns, because taking 2nd or 3rd is good, but the only thing that really counts and we went for is victory. Hirschi was so strong after that last climb, he was putting more time on us while the pursuit was catching us, and I was a bit empty when they made the junction. I had left everything on the road and lost contact close to the finish.

“It’s going to be another tough day tomorrow. There’s a demanding climb near the start and it’ll be hard to control the race. Let’s see how’s the break sticking after that and how the day evolves. We thought that an early break today would succeed, yet Bora controlled the pace from afar. We might see another surprising situation like that tomorrow.”

Friday’s stage 13 will be the second, final trek through the Massif Central, arguably the most relevant of the two, with 191km, seven rated ascents -including a Cat-1 climb right after the start, the Col de Ceyssat (36km)- and a tough finish up the Puy Mary (Cat-1; 5.4km @ 8.1%). Together with the Col de Neronne (Cat-2 + Bonus) just before the final climb, there’s terrain for the GC riders to continue playing their cards.

Tirreno-Adriatico was covering its fourth stage on Thursday, the first real day in the mountains with the GPM of Forca di Gualdo, Rifugio Perugia and Ospedalleto in the last third of the 194km from Terni to Cascia. And in that terrain shone one of the most remarkable Movistar Team riders from the 2019 season: Héctor Carretero.

The Spaniard spent 160 kilometers at the front as part of the morning break and fought for the KOM points, a classification he now sits in 2nd place following today’s stage. Héctor will wear the green jersey on Friday’s Queen stage, finishing with a brutal climb towards the Sassotetto (12km @ 7.7%).

Ahead of Héctor finished Davide Villella and Matteo Jorgenson, the Blues’ top performers in the stage, 1’25” behind the leading duo with Lucas Hamilton (MTS, 1st) and Fausto Masnada (DQT, 2nd). Mike Woods, 3rd today (+10″), remains on top of the GC standings.