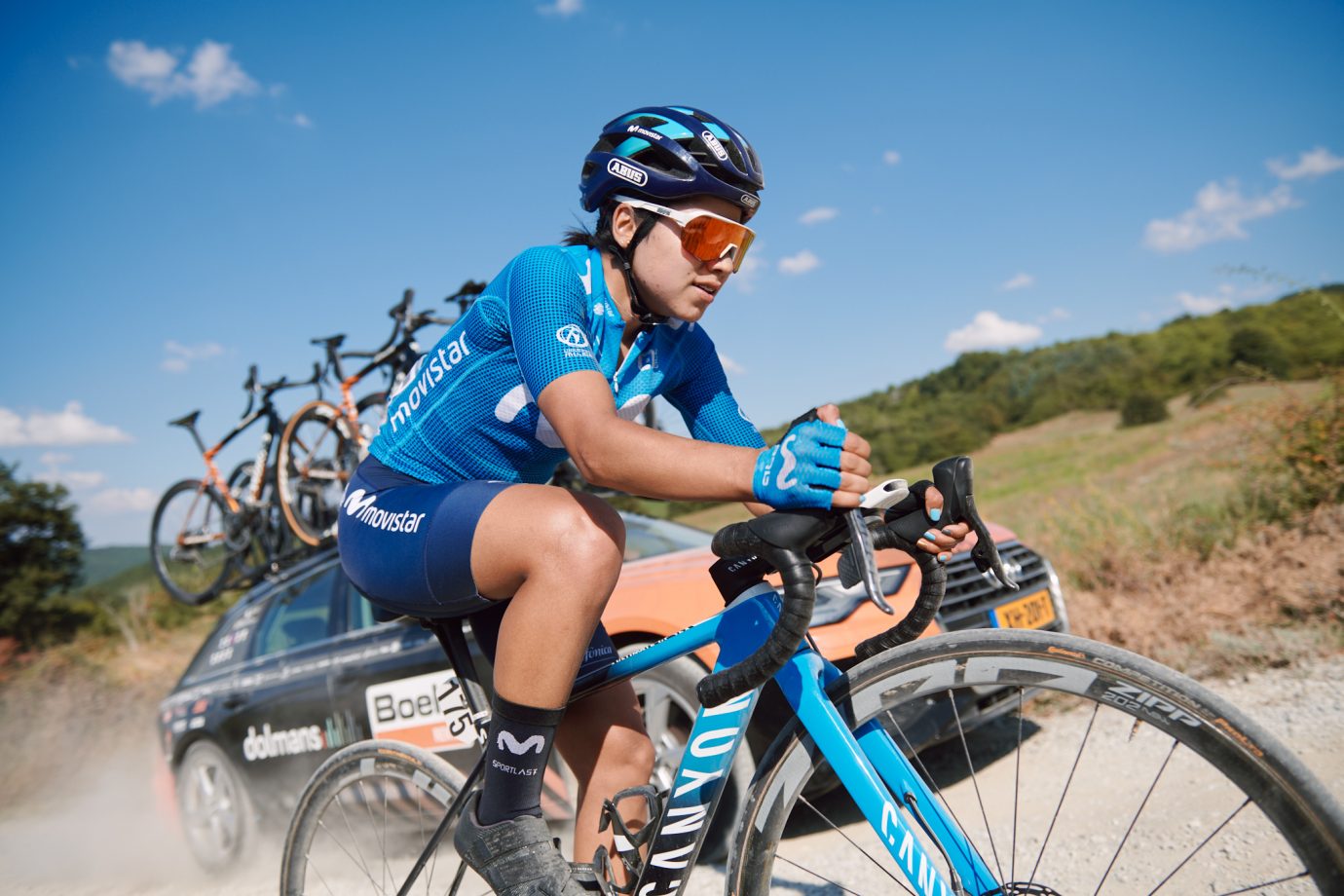 It was a signature solo victory from Annemiek van Vleuten (MTS) at an impressive stage two of the Giro Rosa on Saturday, over 125km between Civitella Paganico and Arcidosso with nearly 3,000 meters of elevation gain, high temperatures and two gravel road sectors, including the decisive QOM of Seggiano (Cat-2) a dozen kilometers from the end.

The World Champion crossed the line alone with more than 1′ on her nearest pursuers, Anna van der Breggen (DLT, 2nd) and Kasia Niewiadoma (CSR, 3rd), despite suffering a costly mechanical issue that forced the Dutchwoman to move again and leave behind the riders who were already after him. All three were part of a final selection of 30 riders, formed into the ascents prior to Seggiano, which included Paula Patiño and Katrine Aalerud.

Well covered by team-mates Gloria Rodríguez, Aude Biannic and Jelena Erić -the Frenchwoman even trying to follow the early splits-, Patiño (17th across the line, 6’10” down on Van Vleuten) and Aalerud -8′ back, after a costly mechanical with no quick assistance available in the ‘sterrato’- led the Movistar Team’s performance in a day with incredible time gaps: nearly four minutes between the riders within the top-ten.

The Telefónica-backed squad will continue to fight on Sunday’s first hill-top finish of the Italian stagerace, after a long 142km starting in Santa Fiora and finishing in Assisi with a brutal, beautiful final kilometer in the Umbria town, at 14% avg. gradient.