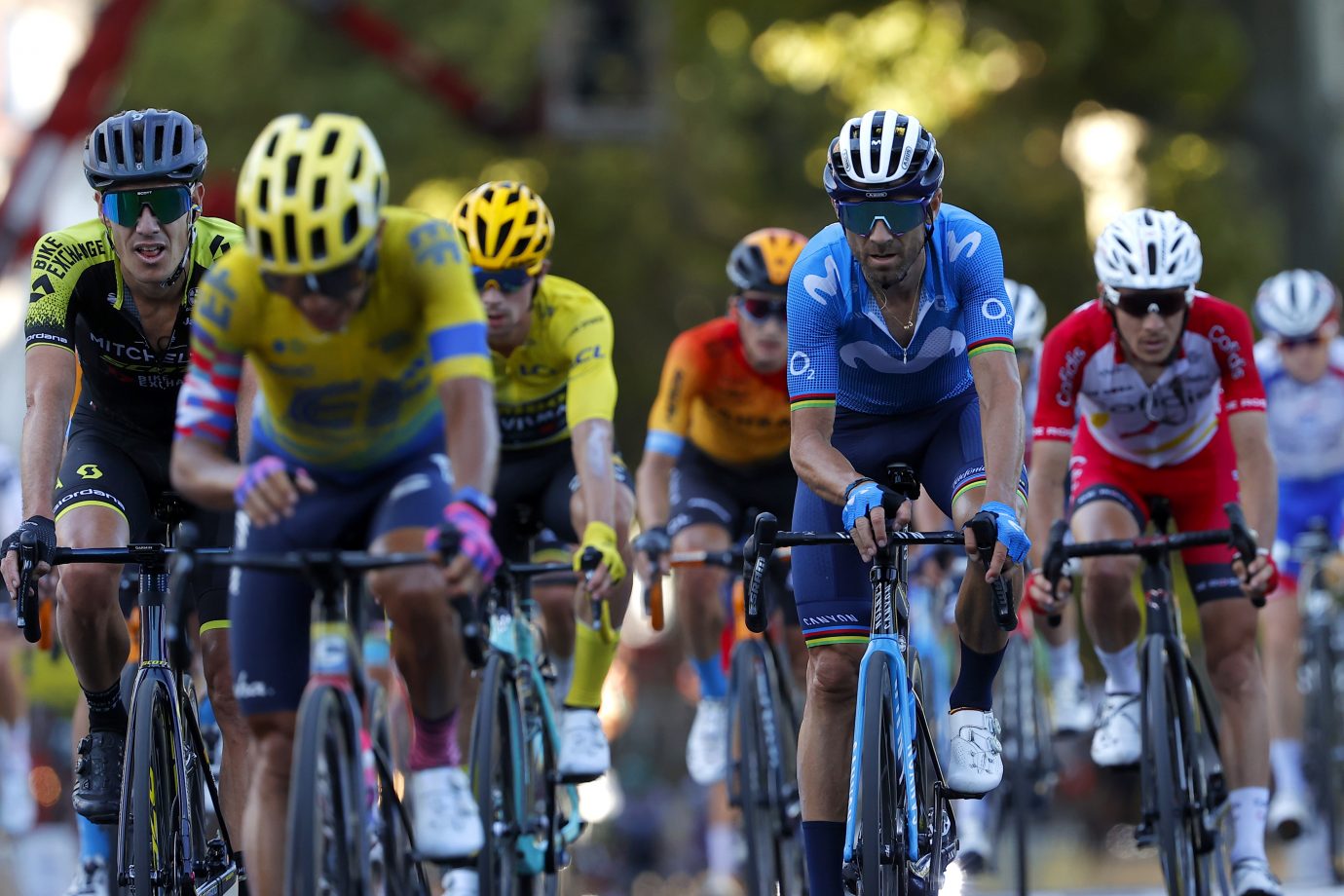 Even if race contenders rode their hearts out at Friday’s brutal finish in the Puy Mary and Sunday’s finish will take them on another contest for GC honours at the Grand Colombier, stage 14 of the Tour de France was still another demanding appointment. 194km -nearly six hundred kilometers have been covered by the peloton in the last three days- and five categorized climbs, including the Col du Béal (Cat-2) and the Côte de Courreau (Cat-3) into the first half of the route, plus two Cat-4 climbs just before the end in Lyon. A day for a breakaway?

Ir’s incredible to have these warm temperatures in mid September! It feels like full summer in France, with up to 31ºC at the finish in Lyon and milder weather, yet equally surprising, at the top of the climbs (19 to 22ºC). Some crosswinds all over today’s route, with strong gusts in the second half of the stage-

Sunday will bring both a brief incursion by the TDF into the Jura mountains and one of the key stages in this year’s race, with three big climbs: Selle de Fromentel (Cat-1), Col de la Biche (Cat-1) and the finishing Grand Colombier (HC; 17.4km at 7.1%). Another day for the GC contenders to fight to the fullest before the second, final rest day in the Isère department.

Héctor Carretero started his Saturday as fully-fledged KOM classification leader in the 2020 Tirreno-Adriatico, offering a chance to the sprinters on its sixth stage towards Senigallia (171 km, flat finishing circuit).

Fortunately for the Spaniard, though, his main rival for the GPM jersey, Marco Canola (GAZ), did not join an early break which covered the day’s only rated ascent in the lead.

Tim Merlier (AFC) won the inevitable bunch sprint at a day prior to the final hilly stage on Sunday, over a tough circuit in Loreto and Recanati (181km). The day’s four categorized climbs will decide the fate of the jersey currently held by Héctor, with 20pt at stake.