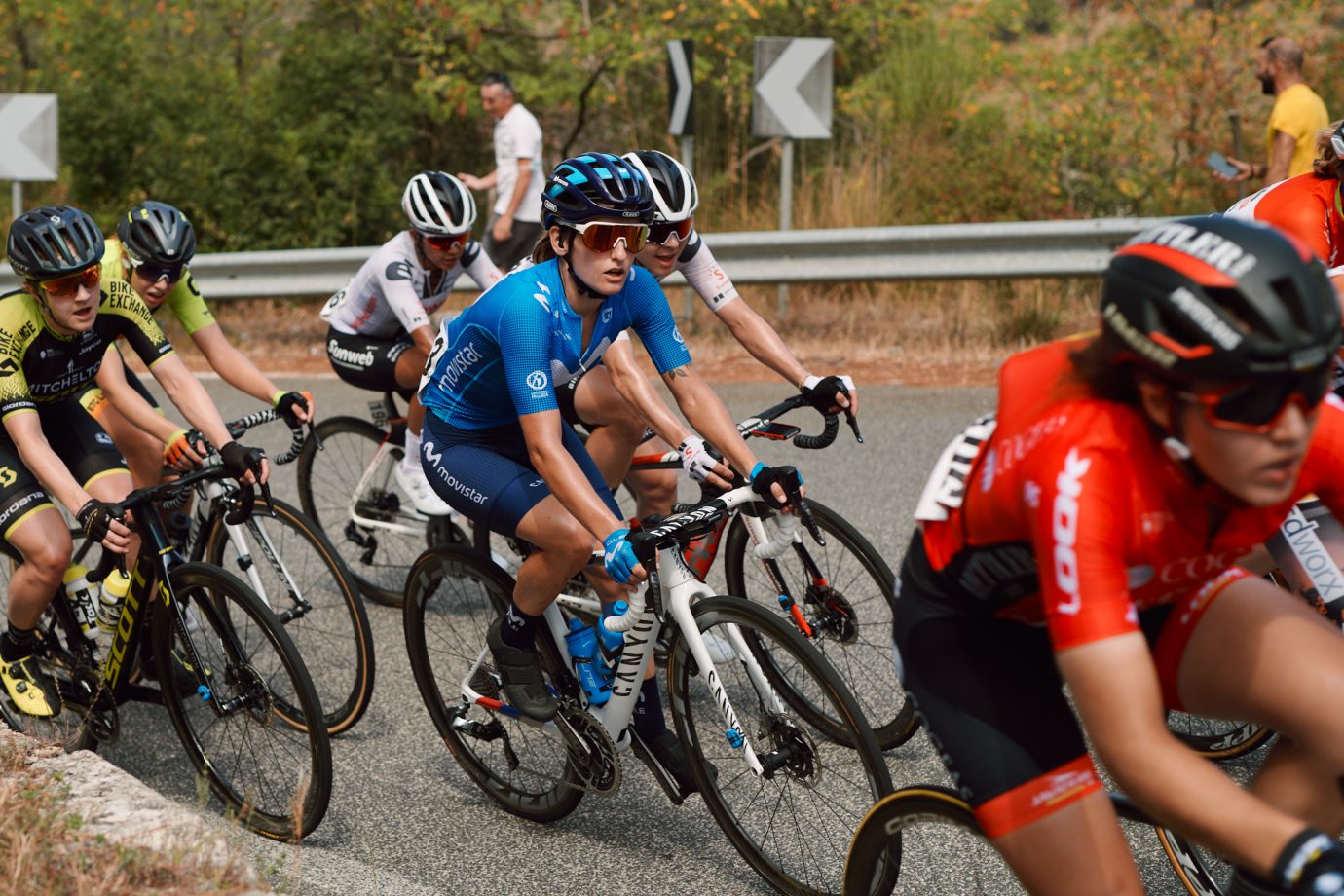 It was a sprint, yet not as textbook as expected. Stage five of the 2020 Giro Rosa, over 110km in and around warm, coastal Terracina in Lazio, south from Rome as the race will take place from now on, witnessed another victory from former World and Olympic champion Marianne Vos (CCC), following a very agitated day.

A series of short-lived breakaways -the most significant being a duo attempt from Hájková (BPK) and Jasinska (CDO)- was followed by a move from a GC contender, 6th-placed Elisa Longo Borghini (TFS). The Italian took advantage from the second, final climb of the day, the Monte San Biagio (Cat-3; 33km from the finish), to jeopardize the bunch’s chances with a solo move that earned almost 30 seconds on the group.

The local hero was brought back by the peloton as they entered Terracina, with Vos winning by a considerable margin over Kopecky (LSL) and Deignan (TFS). The selected group, split into the hills and finishing with 50 riders together, featured three Movistar Team members: Katrine Aalerud, Paula Patiño and Jelena Erić, who scored the Blues’ first top-ten result of the race in 9th place. Some good support from Aude Biannic near the finish allowed the Serbian contesting the sprint.

Jelena and her team-mates will seek for a brandnew opportunity on Wednesday, over the 97km stage six between Torre del Greco and Nola. It’s a final chance for a sprint, yet with a hilly early profile that could further reduce the field of contenders.