Biannic 11th at preface of decisive hilly stages in Italy 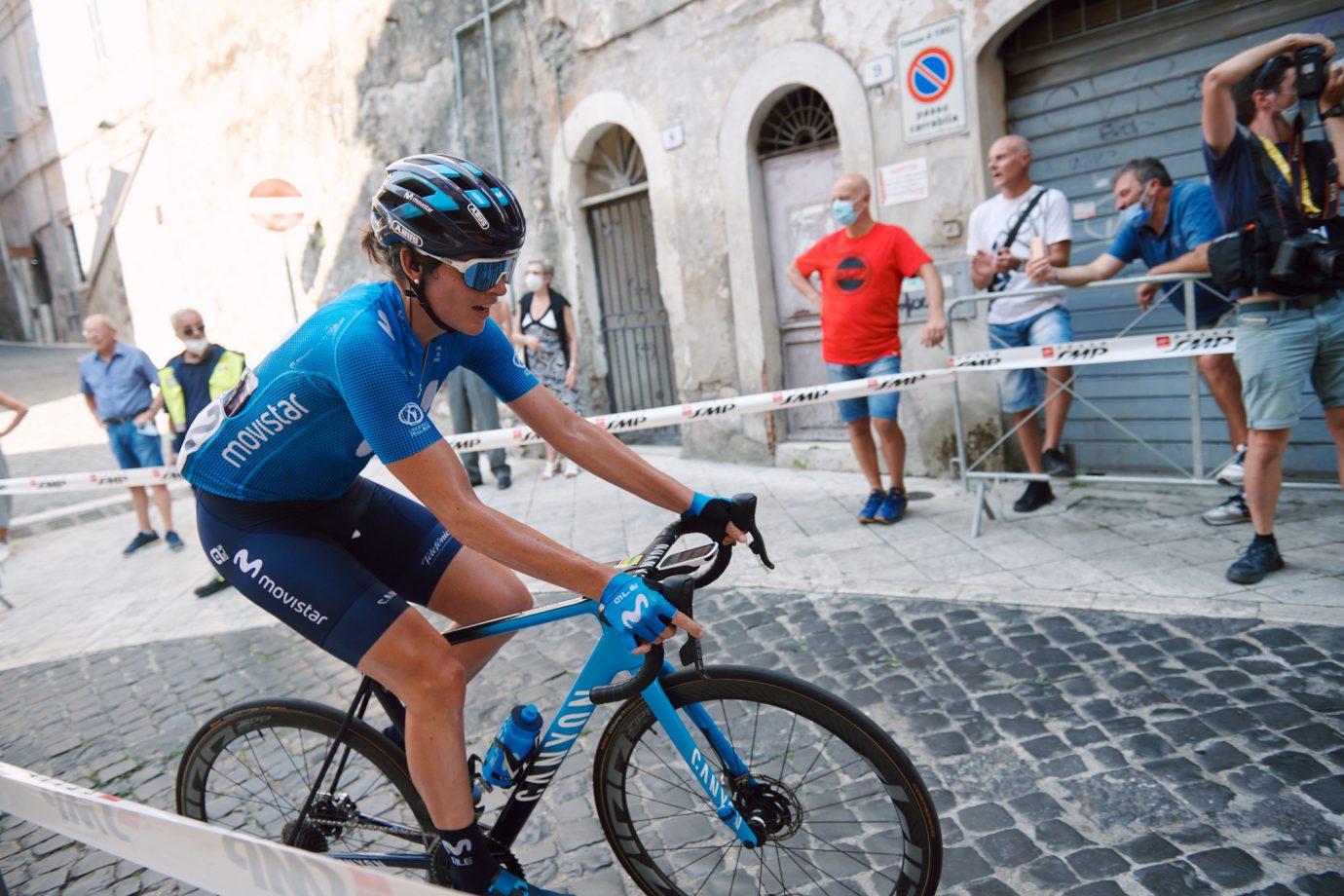 ‘Her Majesty’ of women’s cycling for many years, Marianne Vos (CCC), took another bunch sprint victory at Wednesday’s stage six in the 2020 Giro Rosa, over 99km from Torre del Greco to Nola near Napoli. Hannah Barnes (CSR, 2nd) and Lotte Kopecky (LSL, 3rd) were the closest rivals of the Dutchwoman, whose team pushed hard again into the climbs before the end to select the field and make her rivals struggle.

The Movistar Team responded well to that steady pace, keeping into the first peloton four of their members: Jelena Erić, GC contenders Paula Patiño and Katrine Aalerud and today’s sprinter for the Blues, Aude Biannic. It was an 11th spot for the expert French rider into a finish, the last bunch kick of the race, that preludes a festival of hills and mountains from Thursday and through the end of the race on Saturday.

Stage seven, the antepenultimate day in Italy, will be a 112km route finishing in Maddaloni, with a tough final circuit that includes two climbs to San Michele (4.2km @ 5.5%), the final of which will be crested with just nine kilometers left.