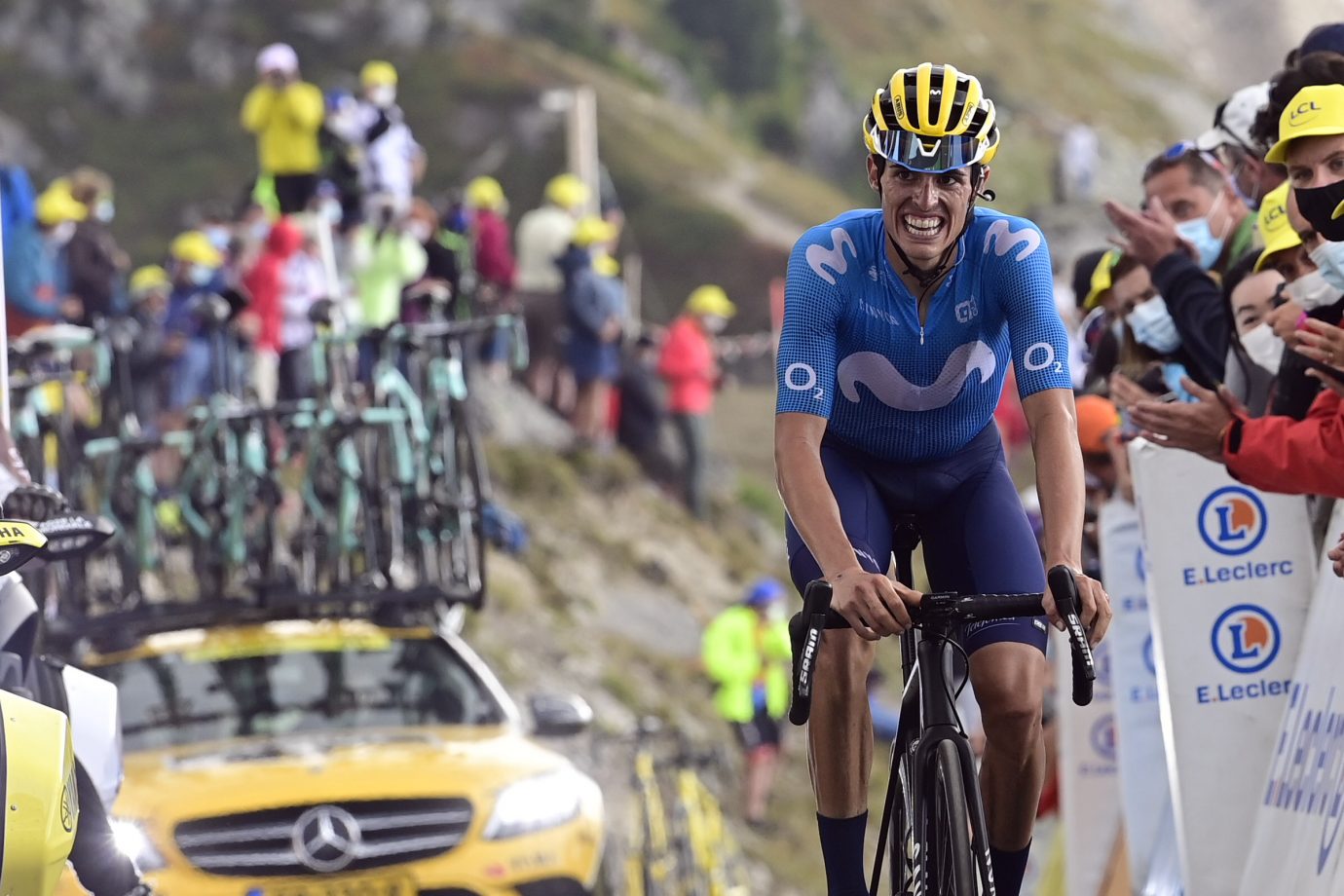 There was only two mountain stages remaining in this year’s Tour de France, and Wednesday’s was bringing the longest, highest climbs of the race: the Col de la Madeleine (Hors Categorie; 17.1km @ 8,4%) and the finish up the Col de la Loze (2,304m), 21.5km at an average 7.6% and a brutal finishing 5km from the Méribel ski station, at over 10% and with maximum slopes of 24%.

If it wasn’t enough, the enjoyable weather we’d had over all of this Tour’s mountains -but the second Pyrenees stage- seemed to be truncated for today, as thunderstorms were expected over the final two climbs and temperatures were down to around 15ºC. Down into the valleys, the sun was shining and 30ºC were forecast.

Enric Mas: “I won’t deny I’m feeling happy about my performance, yet it’s true that I would have liked to finish a bit closer to the top contenders, because I was feeling great until the last 3km. Maybe the altitude was taking its toll, too, but it’s just down to the rivals being stronger. The pace during the entire Tour, always full gas, pays in finishes like this one. It’s been a brutal race and all that wear and tear, as we enter the third week, creates these gaps by itself. We finished one by one, and everybody was dead tired (smiles). In our case, as a team, we have been steadily progressing all over the race; our preparations were focused on reaching our top condition at this stage of the Tour, and so here we are. Three weeks, one month ago we were at the Dauphiné and we didn’t think we would be here in 8th place overall, close to the top-5 – Let’s keep pushing. There’s another great stage to see more time gaps tomorrow and López has shown the Slovenians are not unbeatable. It will be another crucial day tomorrow.”

The final mountain stage of this year’s TDF comes on Thursday with a restless journey in Savoie, perfect for long-range attacks. Cormet de Roselend (Cat-1), Route des Villes (Cat-3), Saisies (Cat-2), Aravis (Cat-1) and the Plateau des Glières (HC + Bonus), with an added final gravel section, plus the non-categorized Fleuries close to the finish, were the menu for an absolutely exhilarating 175km towards La Roche-sur-Foron.

The Movistar Team was back with its alternate calendar to the TDF in Italy on Wednesday with the Giro della Toscana -Pontedera, 183km-, over a fast-paced course where the main difficulties, the final climbs to Peccioli (1.1km @ 6.3%), were located 29 and 17km from the finish, respectively.

The youngsters took on a protagonist role for the squad here directed by Maximilian Sciandri, with solid rides from both Mathias Norsgaard -part of the early break and only caught by the top sprinters’ peloton with 10km remaining- and Iñigo Elosegui, the last man trying to leave the bunch behind with a ‘finisseur’ action, neutralized with just 2km left.

Jürgen Roelandts took 7th place at a sprint dominated by Colombia’s Fernando Gaviria (UAD). The Telefónica-backed squad will be tacking part on Thursday, over a circuit around the same climb as today. in the Coppa Sabatini, second race of this ‘Tuscan double’.