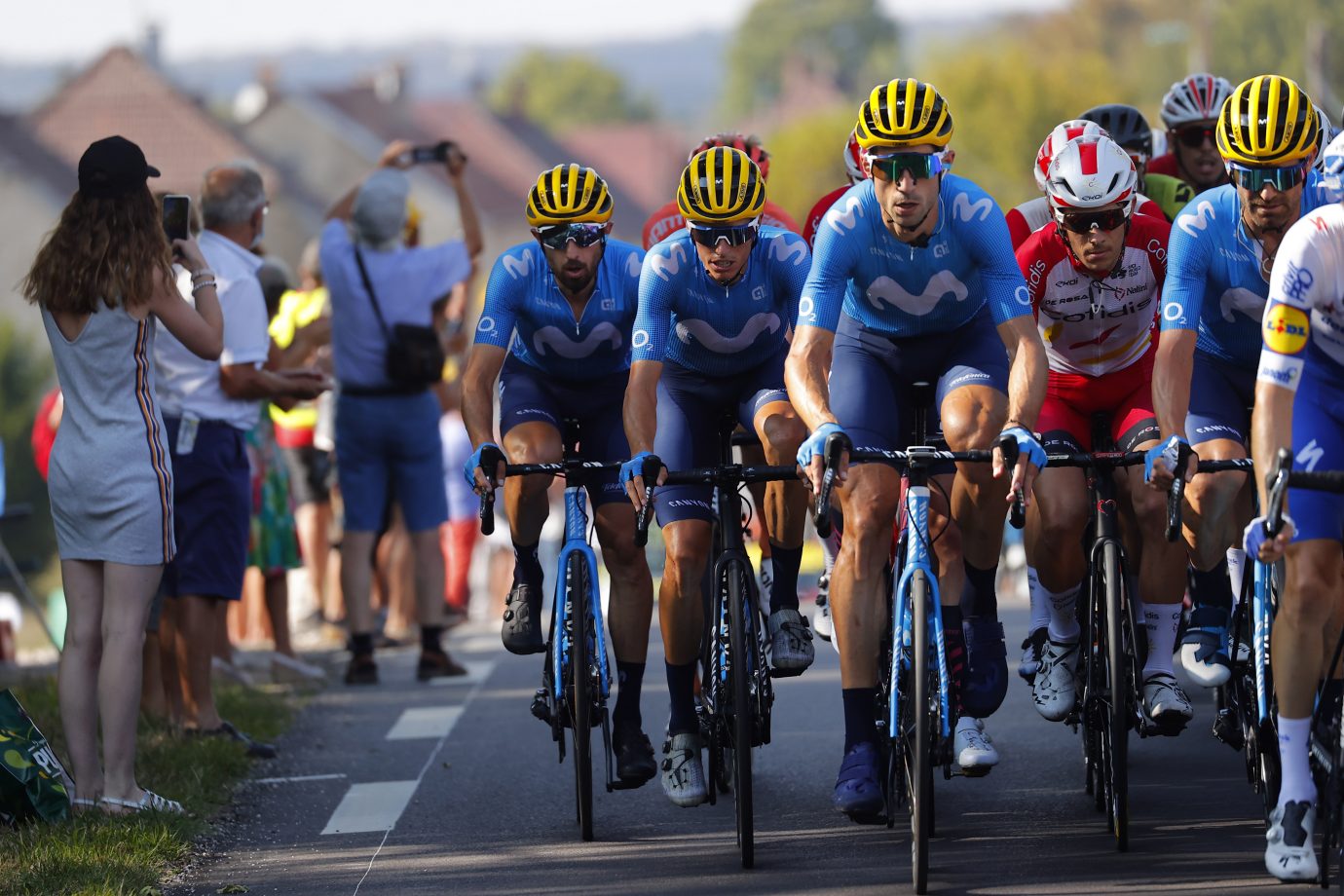 It’s the third-to-last stage in this year’s Tour -166km, apparently flat, from Bourg-en-Bresse to Champagnole, yet with 2,000 meters of elevation gain– and a day open, in principle, to two different scenarios. The most likely: a big breakaway allowed an equally significant margin. The least expected: another sprint finish, two days before the Champs-Élysées. The race contenders were expected to enjoy a calm day before Saturday’s showdown.

It seems like the Tour will enjoy every bit of summer available in September, until its very end. Another sunny stage, with high temperatures -around 30ºC- and mild southerly winds from start to finish.

Carlos Verona: “I don’t exaggerate when I say that this was harder for me than the Alps stages. I think it’s down to the fatigue from the previous stages and the whole Tour. It was quite fast in the beginning, with that pace from the peloton to keep the pursuit group behind Cavagna under control, we probably couldn’t go any faster. It’s really hard from a psychological standpoint after you get over the mountains to keep pushing. When Cavagna was caught, everybody’s legs were screaming, and with those little hills, the attacks, a peloton not really well organised – it seems logical that the breakaway formed with classics specialists.

“Happy with my Tour. Yes, I think so. When you’ve got the right legs and attitude, things go well, and I’ve been fortunate enough to have strength and will to suffer during this race. I’ve always tried to bring everything that I had to the table in different aspects: getting into breakaways, supporting the team leaders, reaching as far as possible… I’m so tired, yet so happy. It’s only one TT left tomorrow and we’ll be enjoying Paris again.

“Tomorrow’s time trial will be really hard, a mountain TT in the end, and we’ll be getting there with Enric in really good form, improving his form every day, confident about this chances. He likes the TT bars, he’s done well over the past few years at the time trials he’s had the chance to race, and with his current form, it could well be a chance for him to get to fifth place. Hopefully he can overtake Mikel in the GC, but if not, we’ll be happy about Landa, who is a friend of this team. We’re confident about Enric, and we know he’ll give it his absolute best.

“We couldn’t win the Tour or contest a podium result, yet we’ve always been there fighting, and other than the results Enric or Alejandro confirm tomorrow, we could secure that team GC victory, which Jumbo made so hard for us in the last few days.”

Saturday will bring the decisive stage of the 2020 TDF. The only time trial in this year’s ‘Grande Boucle’, over 36.2km between Lure and the top of La Planche des Belles Filles, will be a mixed-terrain effort. The first 30km will be flat or contain slopes not really steep, yet the last 6km will be a Cat-1 climb, with average gradients of 8.5% -bike changes will be allowed-. Enric Mas will start his effort 51″ away from fifth place, now held by Mikel Landa (TBM), and 2’52” from a seemingly far podium finish; Valverde, in turn, will roll off the ramp with a 19″ advantage against Caruso (TBM) for 10th place.